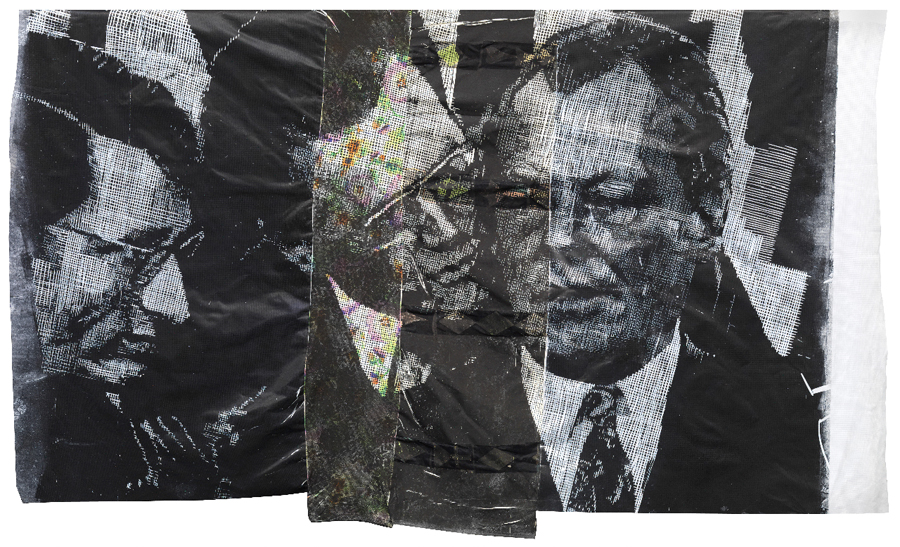 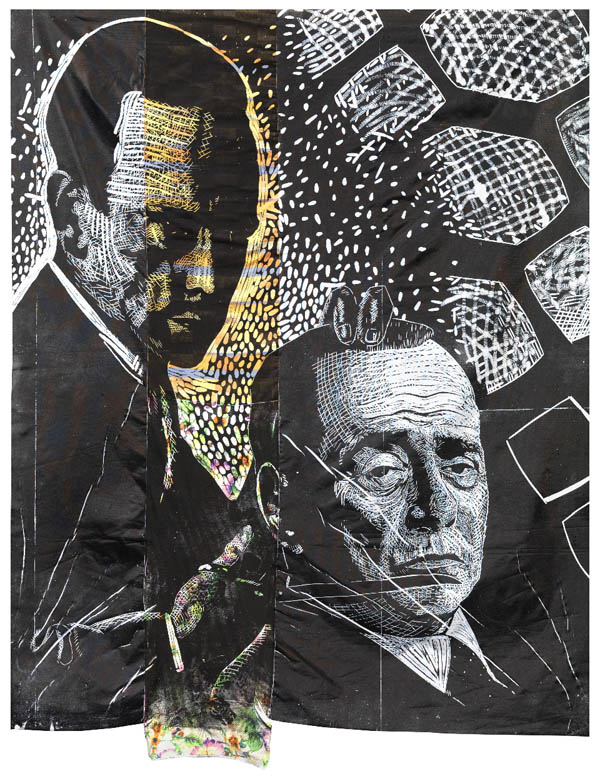 Thomas Kilpper’s work engages with history and politics in a manner that recalls the 1960s in terms of his committed engagement. Typically Kilpper takes over a building and investigates its history, carving into the floor to make woodcuts which he then prints on a large scale onto fabric that floats free when he hangs it. In The Ring, a project he made in London in 2000, and of which the Tate bought a substantial part, he investigated the history of the area in which the building of the Tate was situated, making images connected with boxing (the site had previously housed a well known boxing ring), the Ministry of Defense (which had a secret printing press in the building) and Tate Modern (that was about to open around the corner). In Drowning Hercules he used bits of wood from Riddell House, a building about to be demolished to build an oversized tree which he located in the defunct swimming pool. Kilpper’s strategy is to work with buildings condemned for demolition and to use only materials he finds on site to make art. In that respect his work engages with the art of Gordon Matta-Clark but by inscribing himself into the building, rather than simply cutting it up, he puts forward a different point of view. He has no studio, is constantly on the move and starts each project from scratch. Research is a fundamental tool of his practice and the result is normally an artistic intervention into politics and history. Thus Kilpper combines a strong conceptual basis with considerable technical skill in making images that have dramatic impact and presence.

Thomas Kilpper was born in Stuttgart, Germany, in 1956. He lives and works in Berlin.