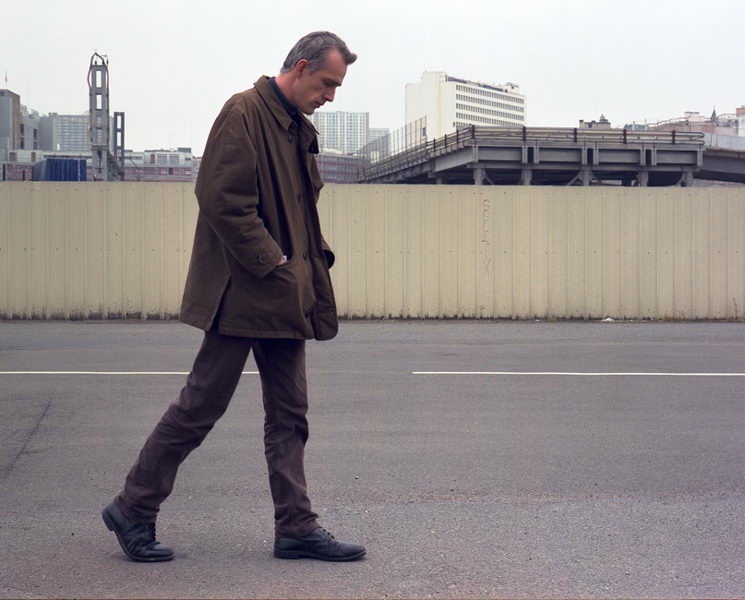 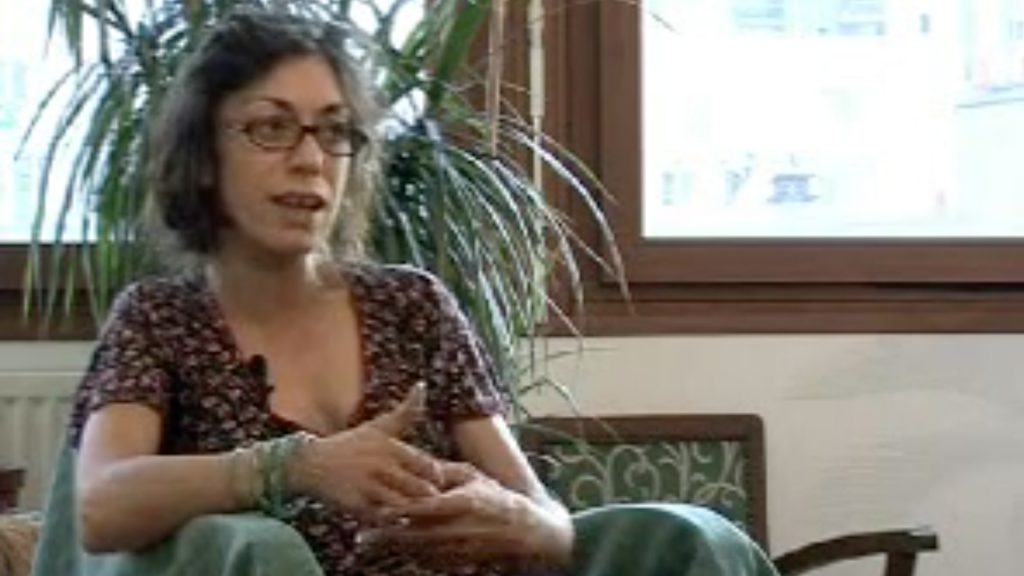 Valérie Jouve has significantly contributed to the development of contemporary photography in France in the 1990s, by drawing a complex portrait of the city, through her series “Les Paysages”(Landscapes), “Les Passants” (Passers by), “Les Personnages” (Characters), “Les Figures” (Figures), “Les Façades” (Facades) or “Les Situations” (Situations). She tries to identify the inidual within a sociologically determined community and shows the relation of the body to the city.
“I am interested by the question of space above all. However, inscribing the figure inside space is not only a formal question as one may think. It is mostly about understanding how the figure can give a presence to what surrounds it. Here architecture plays the role of an emblematic space, used by man to exist. Building and character, perspective and figure: what is at stake is the discrepancy between collective and inidual conscience, considered in aesthetic terms”. (Interview with Michel Poivert, Bulletin de la SFP, 7e série-N°1, October 1997)
The straightforwardness characterizing the images of Valérie Jouve, her use of large formats (creating a physical relationship to the spectator) and her interest for « mise en scene » liken her practice to a contemporary combination of documentary aesthetics and dramaturgy, illustrating a distant and sometimes strange relation to the world.
Valérie  Jouve was born in St Etienne, France, in 1964. She lives and works in Paris.