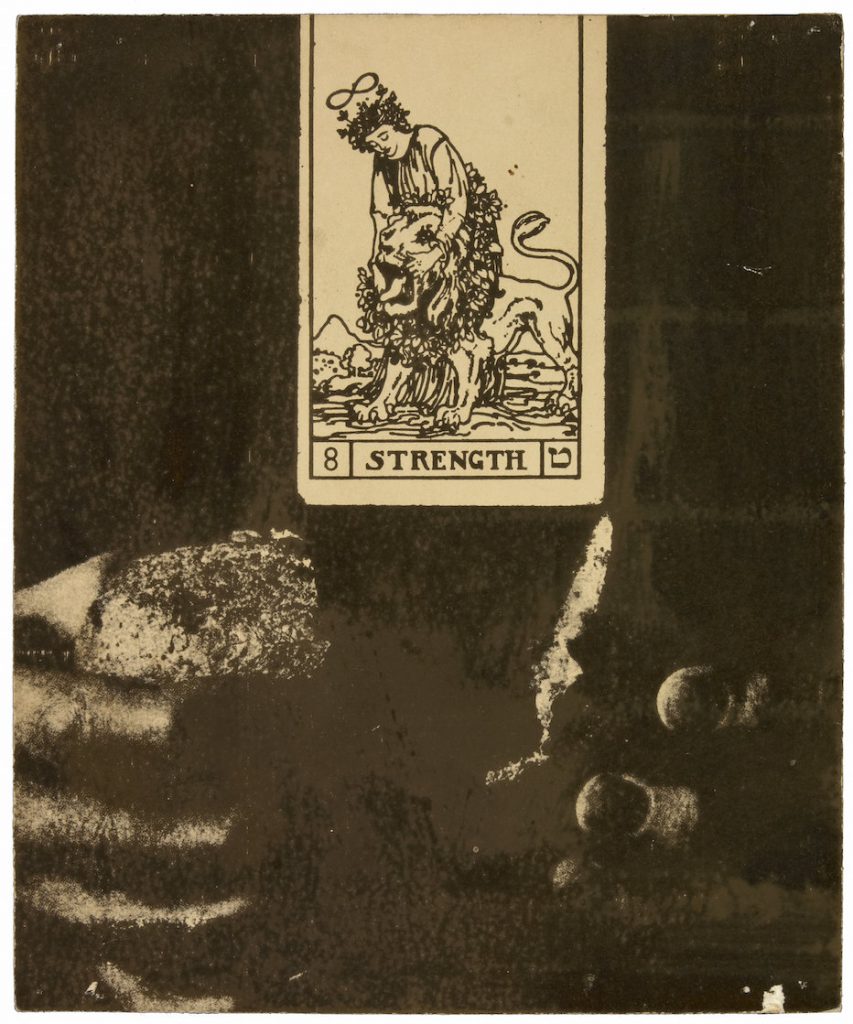 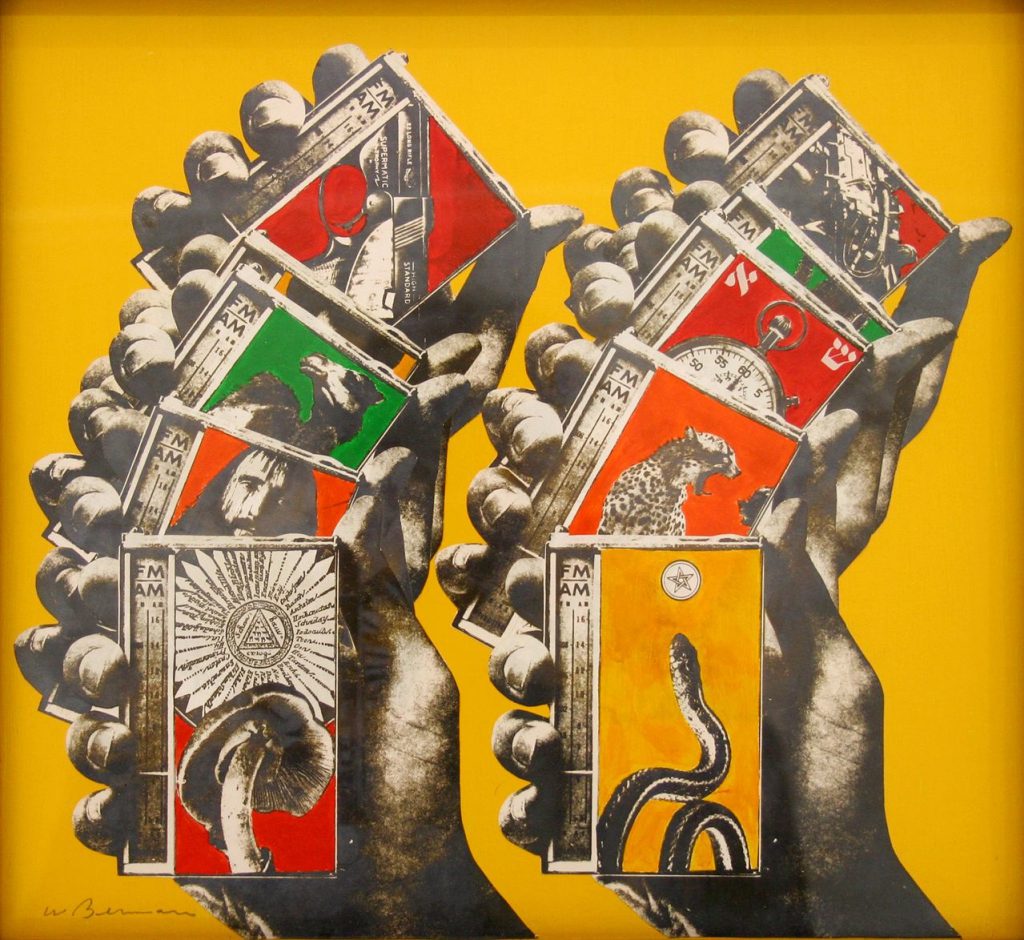 Wallace Berman was one of San Francisco’s more important avant-garde artists and is considered by many to have been the father of the Californian assemblage movement (a title he could probably dispute with Edward Kienholz). Characteristically unruly, Berman was an active member of the San Francisco and Los Angeles Beat communities in the mid-1950s. In 1963 he settled in Topanga Canyon and started to develop the body of work for which he would become most famous. The verifax machine, a precursor of the photocopy machine, lent the name to the series of collages with which Berman experimented until his death in 1976. The structural compositional element that unifies the series is the image, appropriated from a magazine, of a hand holding a transistor radio. By photocopying and reproducing the image in sequential form on top of the canvas, Berman mimics the pattern produced by an old film reel. Inside the frame of each radio, the artist superimposed imagery—people, objects and symbols, often taken from pop culture—pertinent to that particular sequence of the work.