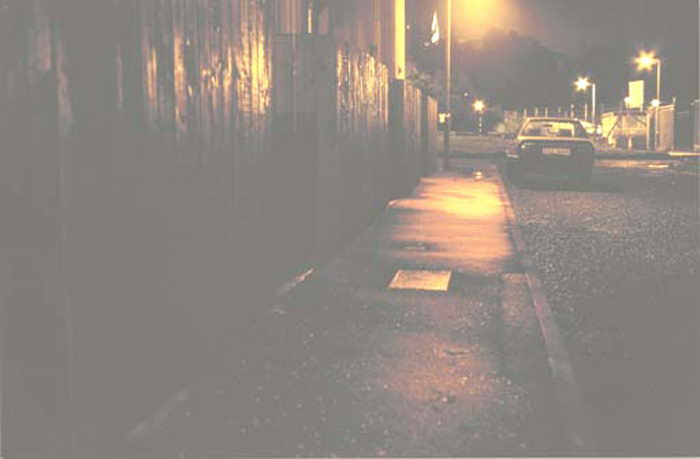 Out of the Shadows II

Much of the work of Willie Doherty – as pointed out in his 2007 retrospective at the Kunstverein Hamburg and Munich Lenbachhaus – is built around Derry City in Northern Ireland, the birthplace of the Irish artist. His photographs, stories, videos, and installations are driven by the internecine war and political-religious agitation in Northern Ireland between the nationalist community predominantly Catholic and the unionist Protestant majority that has occurred since the late 60’s. The city and public space are the scene of civil conflicts. In the video “Three Potential Endings” (2008) political space is allegorized in the architecture. The work of Doherty transforms these “non-places” into sets. In “Grey Day IX” (2007), the idea of ??borders, understood as a separation is less cernable and more diffuse. Daily and anonymous violence in an intolerant public space is denounced. His images raise the question of the representation of political confrontation, through the use of codes in art and cinema, and by means of image and text. Tension, oppression, uncertainty, and fear are like a sub-representation without specific references in the picture.
Willie Doherty was born in 1959 in Derry, Ireland where he lives and works today.

Collection Artworks
Out of the Shadows II