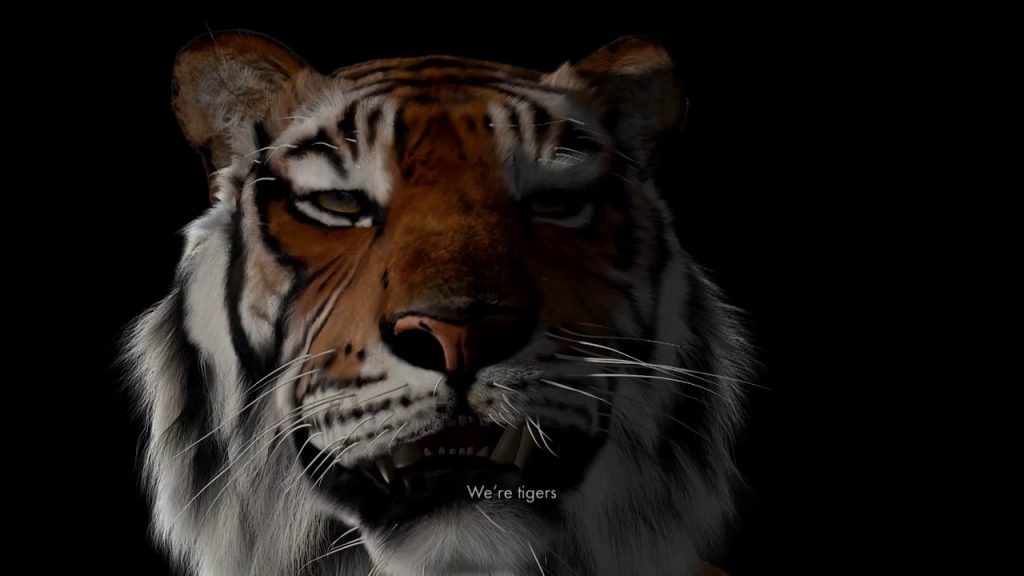 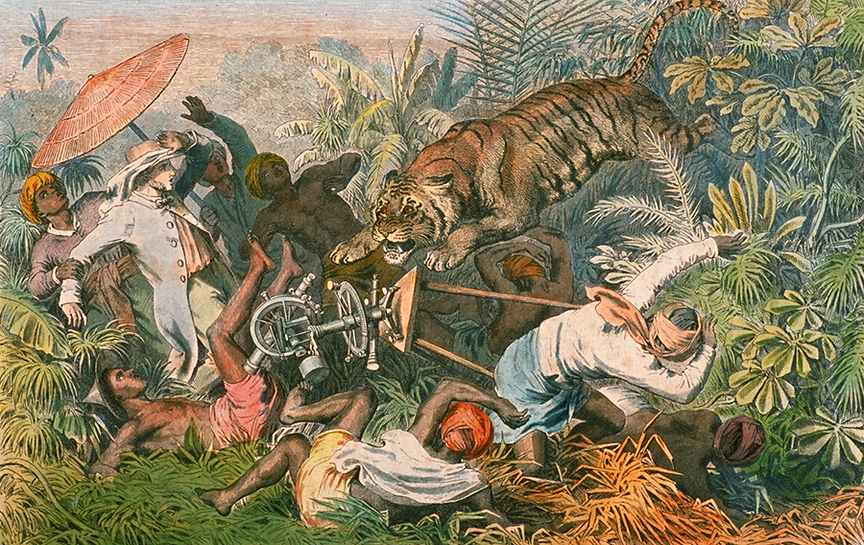 In Malayan folklore, the tiger is sometimes regarded as the estranged brother of man. Ancestor, companion, competitor, protector, destroyer, god – this ambiguous and symbiotic relationship between tiger and man is perhaps expressed most powerfully in the figure of the  Were-Tiger. Shamans, vagrants, and sometimes descendants of royal blood were believed to have the gift (or the curse) of turning into tigers. This symbiotic relationship between humans and tigers was ruptured in the 19th century with British colonialism, a period of ecological upheaval in which Malayan tigers were massacred. But the tiger is a master of metamorphosis, and its physical death only called forth its resurrection in new forms.

Departing from this history, Ho Tzu Nyen’s work 2 or 3 Tigers began as a restaging of a 1885 wood engraving representing the first recorded meeting of a white man and Malayan tiger in Singapore in 1835. The white man in question is George Dromgold Coleman, Government Superintendent of Public Works in Singapore and Surveyor of the station. Accompanied by a body of convicts, he sets out to survey a part of the forest, when he and his entourage were surprised by a tiger, which seemed bent on attacking not the humans, but the theodolite – the machine used for the survey.

Following a one-time screening of the CGI animated 2 or 3 Tigers, Ho Tzu Nyen will elaborate the sung narrative of this encounter into an exploration of the myths, cosmologies, and histories of tigers in the Malayan world and their annihilation in the age of colonialism, followed by its subsequent, spectral returns. For this project, Ho Tzu Nyen overlays Malayan histories and stories of tigers and were-tigers onto another great history or narrative of anthropomorphism, or human–animal metamorphosis–that of cinematic animation, where the line between humans and animals have always been a permeable one, from the early cartoons of Felix the Cat, Walt Disney’s Mickey Mouse, to recent CG iconic creations such as The Planet of the Apes.

Drawing from historical events, documentary footage, art history, music videos, and mythical stories, Ho Tzu Nyen’s films investigate the construction of history, the narrative of myth, and the plurality of identities. Ho often collaborates with theater professionals, and the lighting in his films is meticulously orchestrated, resulting in highly aesthetic compositions. The artist also practices painting, performance, and writing, exploring the many possible relationships between stills, painted images, and moving images.

This event is marks the close of the exhibition Frozen World of the Familiar Stranger.

Collection
The Cloud of Unknowing