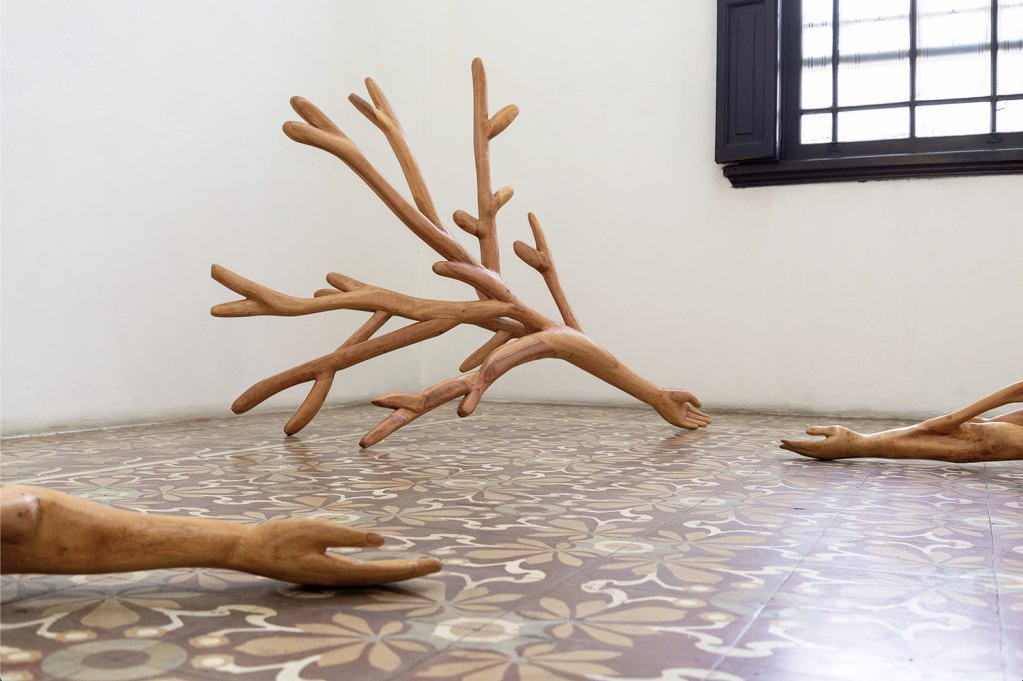 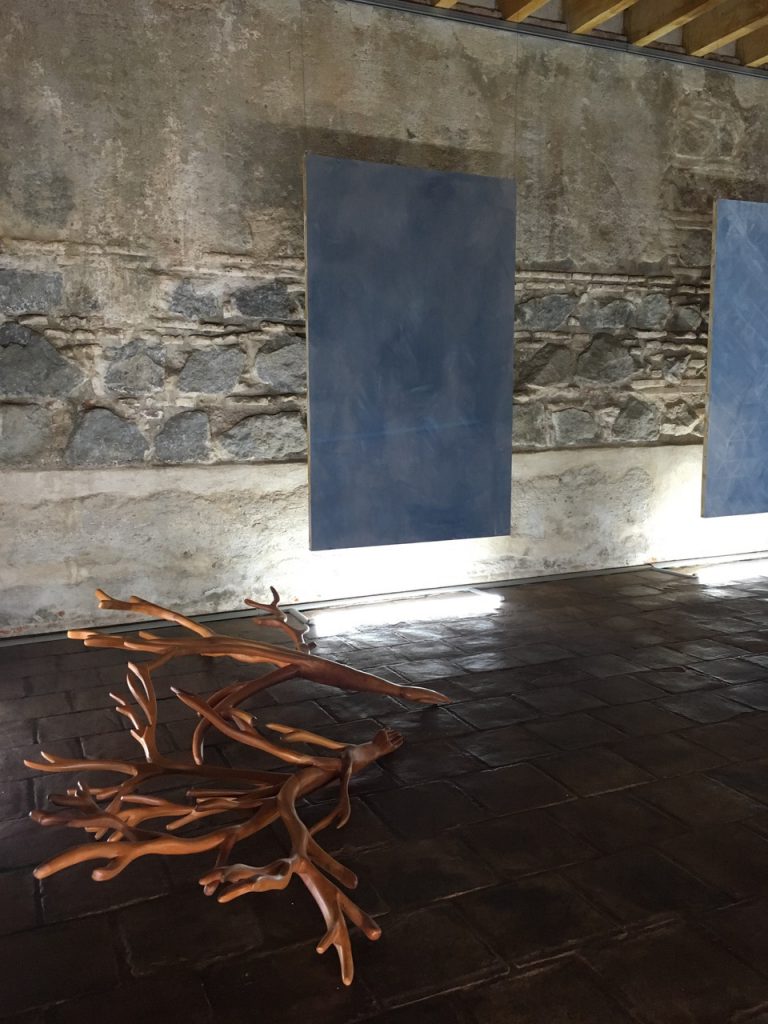 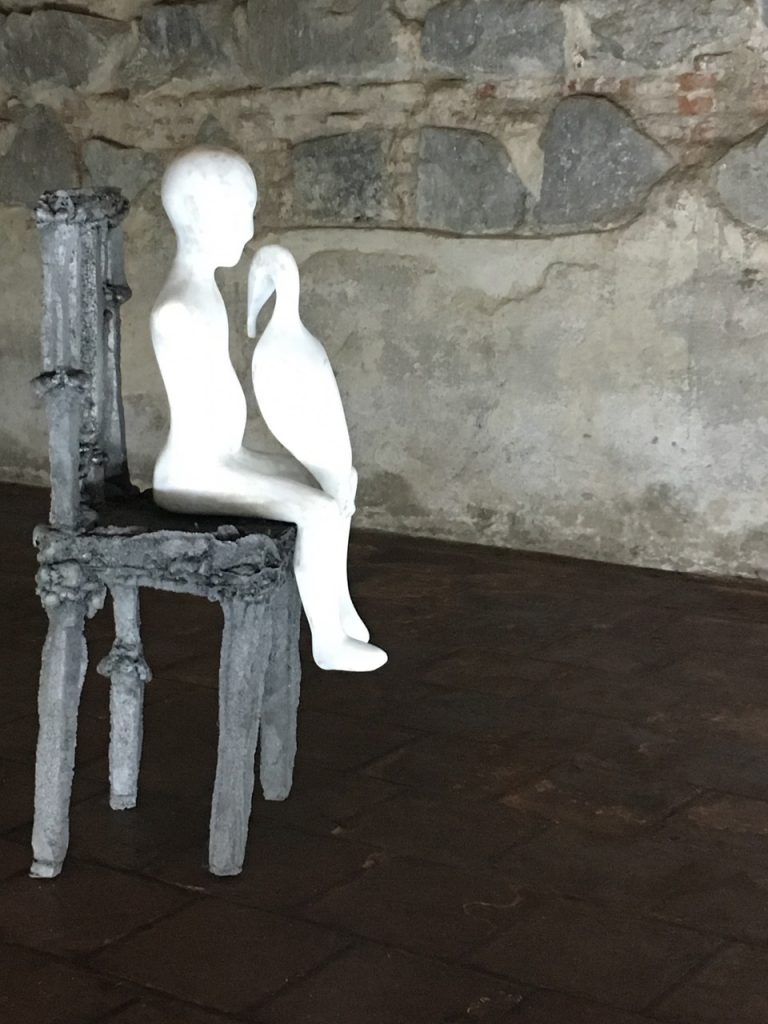 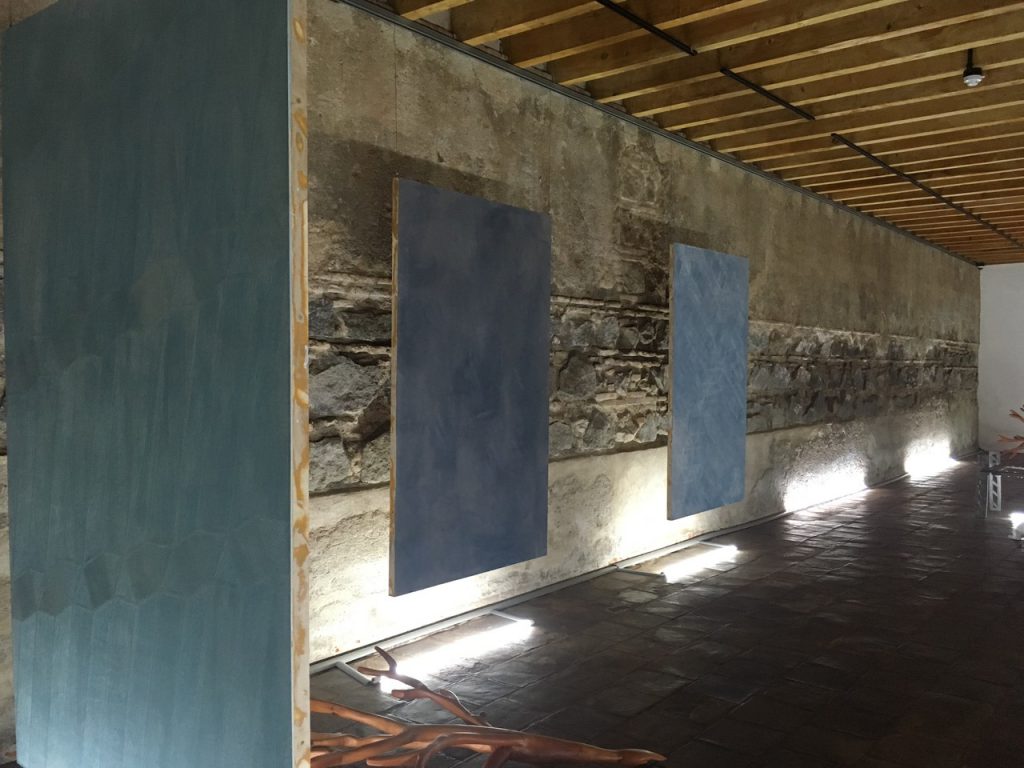 (The Messenger of the Sunken Forest) is the second chapter of a body of work that arises from the research carried out by Naufus Ramírez-Figueroa in December 2017 in the regions of Alta and Baja Verapaz, Guatemala. The artist explores the historical memory and political reality of the ruins of Kawinal, an archeological site of postclassic Mayan culture that was flooded in order to construct the hydroelectric dam of Chixoy in 1975 in a supposed effort to bring electricity to the country. However, the reality was that the communities living in the area faced the swamping of their lands and properties, and endured the loss of their sacred sites. Those who refused to relocate became the victims—many of which were women and children—of what came to be known as the 1982 massacre of Río Negro at the hands of the military, the spectral traces of which still pervade behind the natural and cultural landscape of the region.

Narrative and performance interweave in Ramírez-Figueroa’s practice (Guatemala, 1978) through the use of images and sculptural objects linking history and autobiography. His practice revisits this event in Guatemalan history to elaborate a narrative that, as many of his projects, is inhabited by hybrid creatures combining human figures, animal or vegetable forms, and bearing sculptural and performative components.

The first chapter of this exhibition was presented in Guatemala City (September to November 2018) under the title El guardián del bosque (The Guardian of the Forest) as a collaboration with Proyectos Ultravioleta. El mensajero del bosque sumergido is a collaboration with Centro de Formación de la Cooperación Española, Antigua. Both exhibitions are new commissions by Ramírez-Figueroa for The Missing Circle, a three-year KADIST initiative comprising, seminars, commissions, and exhibitions, taking place across Latin America, curated by Magalí Arriola.