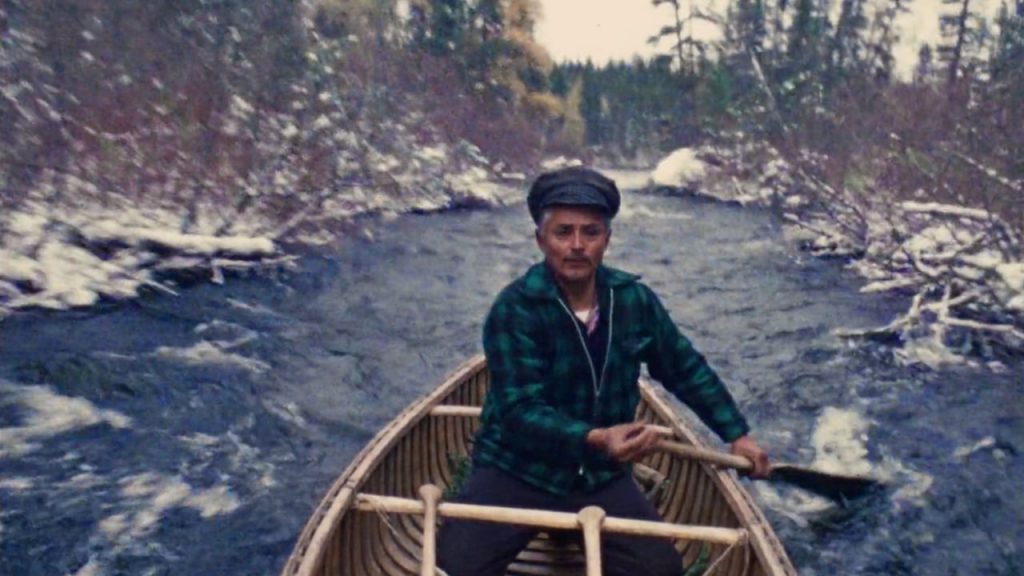 Caroline Monnet, Mobilize
A screening program followed by the artist in with conversation with Adam Piron, Assistant Curator for Film at LACMA

Monnet’s work combats the romanticization and pessimism at the root of countless depictions of Indigenous peoples in media, instead addressing the richness and optimism embodied in native lives, spirits, and histories. Most profoundly, the work speaks to the movement required to survive, and the powerful agency inherent in self-mobilization.

Mobilize (2015) addresses identity and representation by reworking material from the National Film Board (NFB) of Canada’s archives. The short, pulse-quickening film (re)constructs an Indigenous journey from the far north to the urban south, and from the rural to the urban. Tshiuetin (2016) is a lyrical 16mm portrait of Canada’s first and sole railway owned by First Nations peoples. The film premiered at the Toronto International Film Festival and was nominated for the 2017 Academy of Canadian Cinema and Television award for Best Short Documentary. Creatura Dada (2016) witnesses six powerful Indigenous women gathering to celebrate a new beginning and the end of the world as we know it.

Caroline Monnet (Anishinaabe/French) is a multidisciplinary artist from Outaouais, Quebec. She studied Sociology and Communication at the University of Ottawa (Canada) and the University of Granada (Spain) before pursuing a career in art. Her work has been programmed internationally at the Palais de Tokyo (Paris), Haus der Kulturen der Welt (Berlin), TIFF (CAN), Sundance (US), Aesthetica (UK), Palm Springs (USA), Cannes Film Festival, Museum of Contemporary Art (Montréal), Arsenal Contemporary NY, Axenéo7 (Gatineau), Walter Phillips Gallery (Banff), Division Gallery (Montréal) and the National Art Gallery (Ottawa). In 2016, she was selected for the prestigious Cinéfondation residency in Paris. Her work is included in numerous collections including Quebec Museum of Fine Arts, National Art Gallery, RBC Royal Bank, and Museum of Contemporary Art Montréal. Recent exhibitions include the Whitney Biennial and the Toronto Biennale of Art, both in 2019. She is based in Montréal and represented by Division Gallery.

Adam Piron (Kiowa/Mohawk) is a filmmaker and the Assistant Curator for Film at the Los Angeles County Museum of Art (LACMA). He is also a member of the Sundance Film Festival’s Short Film Programming Team as well as the imagineNative Film and Media Arts Festival and serves on the Board of Trustees and Programming Committee of the Robert Flaherty Film Seminar, a media arts organization devoted to the moving image. He has also served as an Associate Film Programmer for AFI Fest and a film programmer for the LA Film Festival. From 2014 to 2017, he was a manager for Sundance Institute’s Indigenous Program. Along with artists Sky Hopinka, Adam Khalil and Alexandra Lazarowich, he is a co-founder of COUSIN, a collective supporting Indigenous artists expanding the form of film.