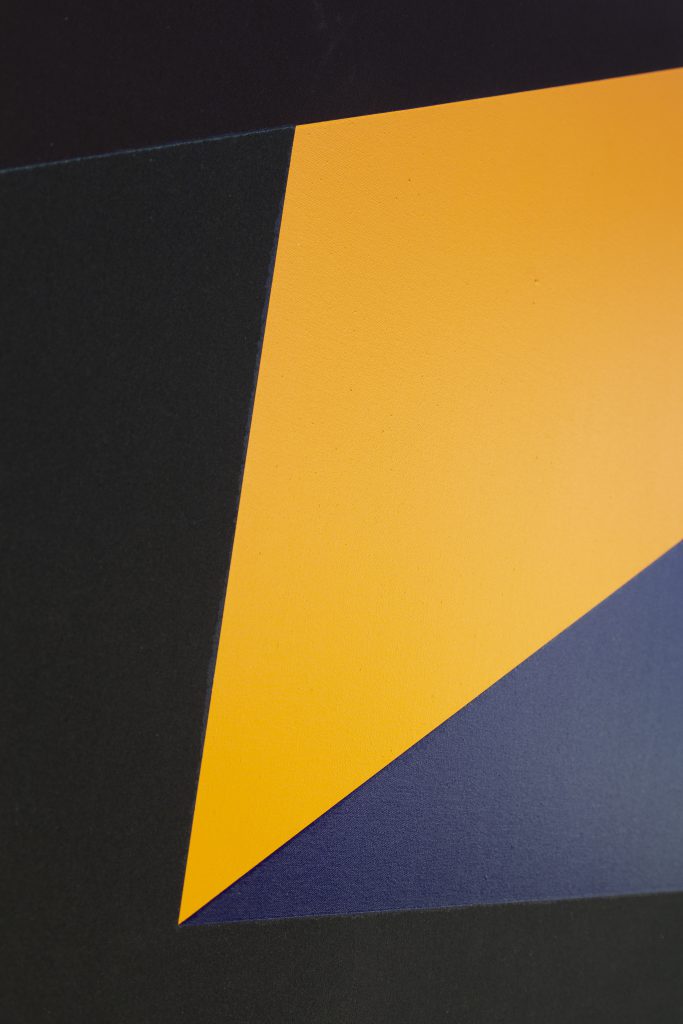 Leo Valledor (1936–1989), born to Filipino parents in San Francisco, was present at a time when different cultural expressions occupied a singular social sphere, in this instance, jazz music, Beat poetry, and abstract expressionism. Born in San Francisco and having grown up in the Fillmore District of San Francisco, then the jazz epicenter of the West Coast, the artist was present in key moments that have since defined the American arts avant-garde. In 1961, Valledor moved to New York City and became a founding member Park Place Group, where he exhibited with Sol Lewitt and Robert Smithson, which was later credited for establishing the SoHo art gallery scene and launching the careers of pioneering artists such as Sol Lewitt and Eva Hesse. While he was in the vanguard of the minimalist painting movement of the mid-’70s, his presence as a pioneering figure of the hard-edge painting style–an approach to abstract painting characterized by areas of flat color with sharp, hard edges–has been muted within both American and Asian American art historical canons.

Valledor’s painting The Bridge (To Sonny Rollins) (1981), titled after the legendary jazz tenor saxophonist Sonny Rollins, is presented at KADIST San Francisco in parallel to Pio Abad’s solo exhibition, Kiss the Hand You Cannot Bite. The painting on view underlines the universal choreography of erasure and retrieval that has defined (art) history.

Special thanks to Mary Valledor.