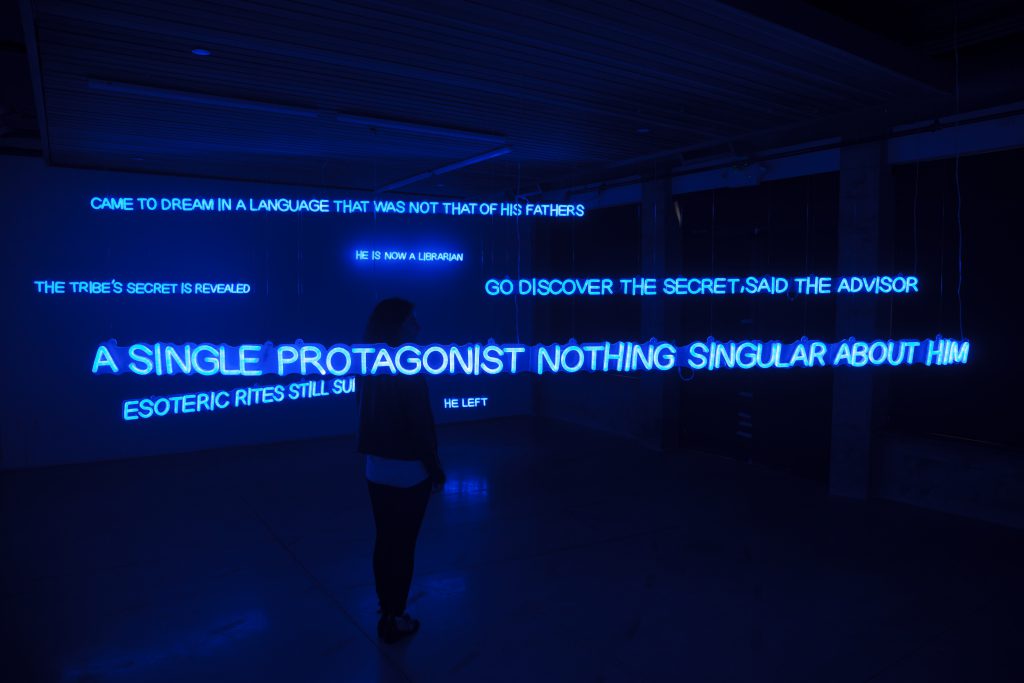 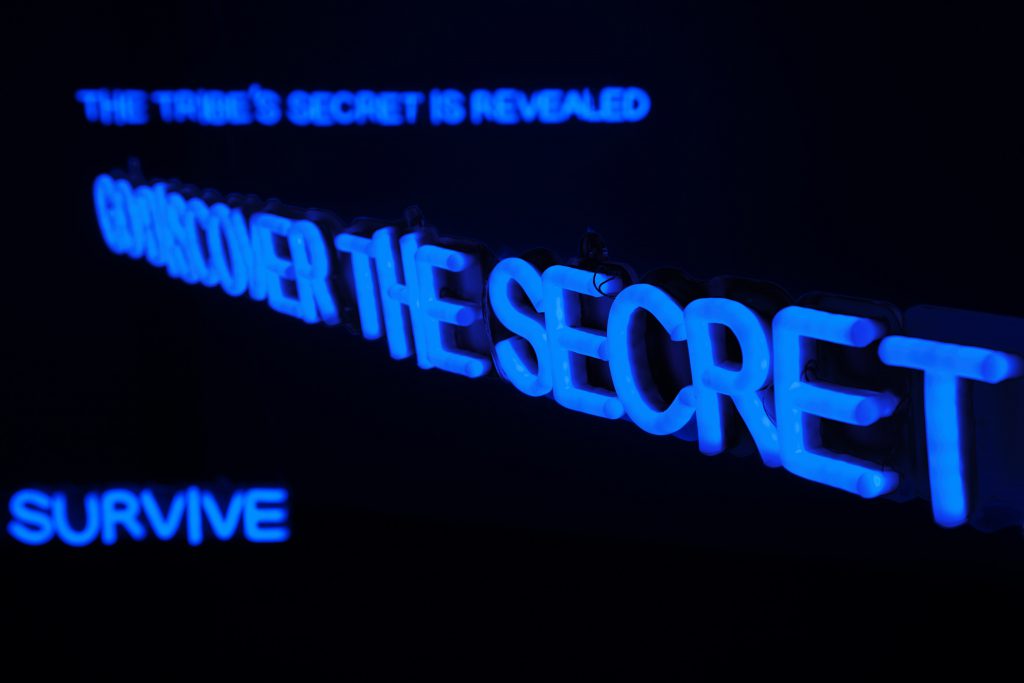 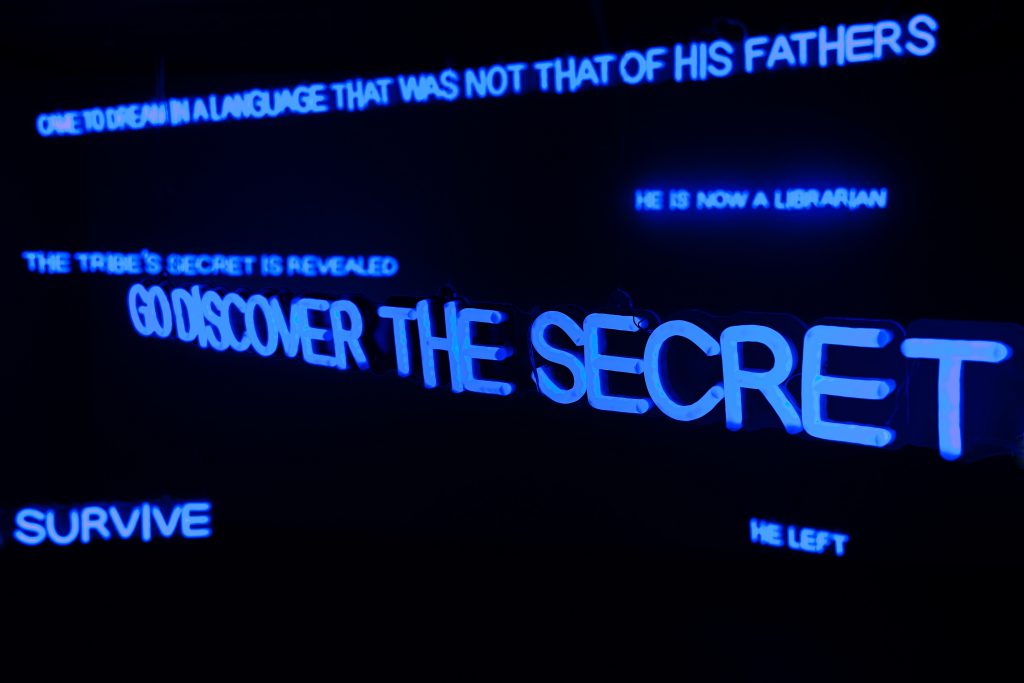 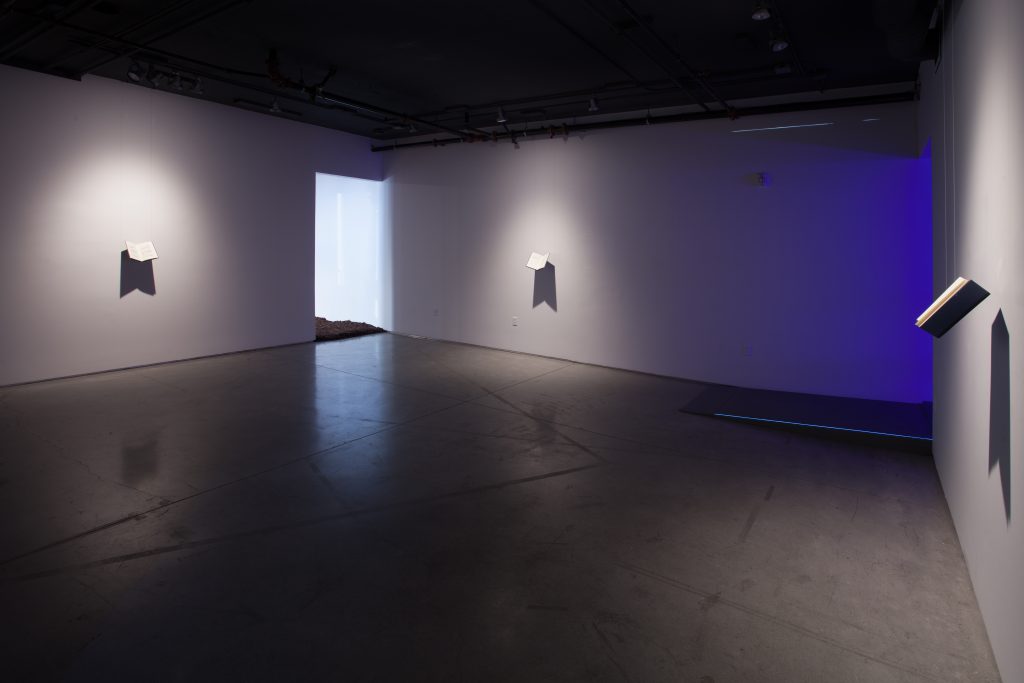 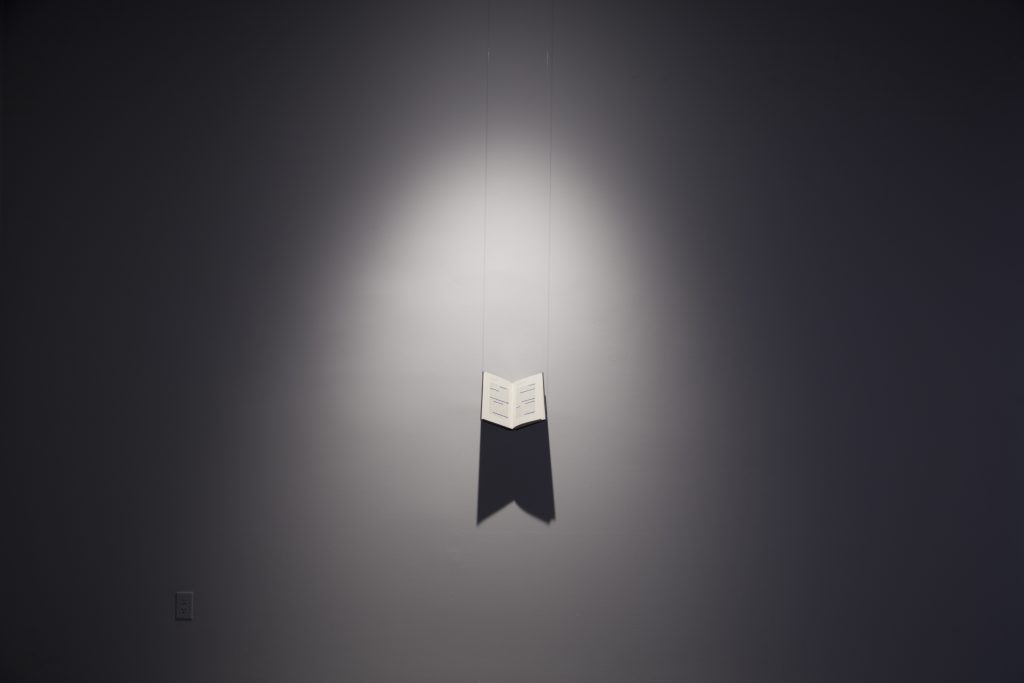 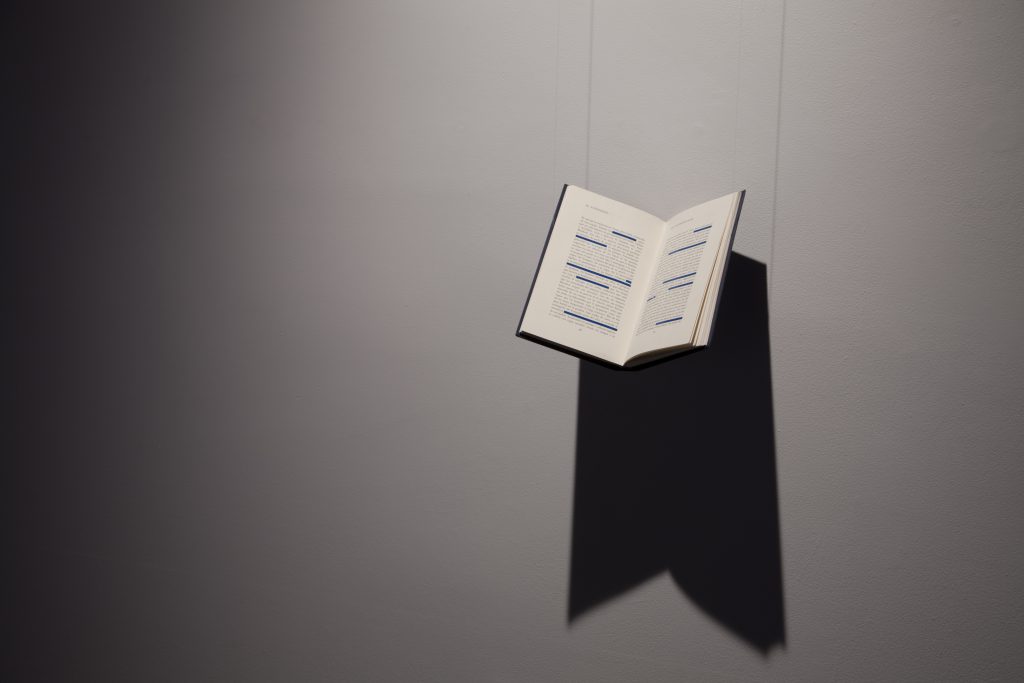 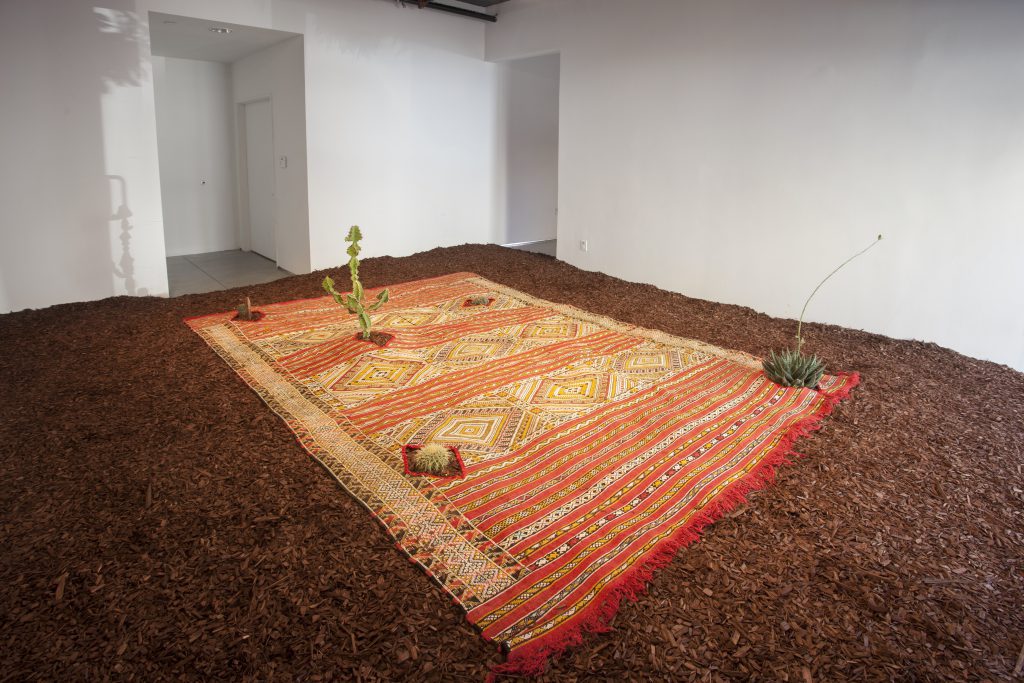 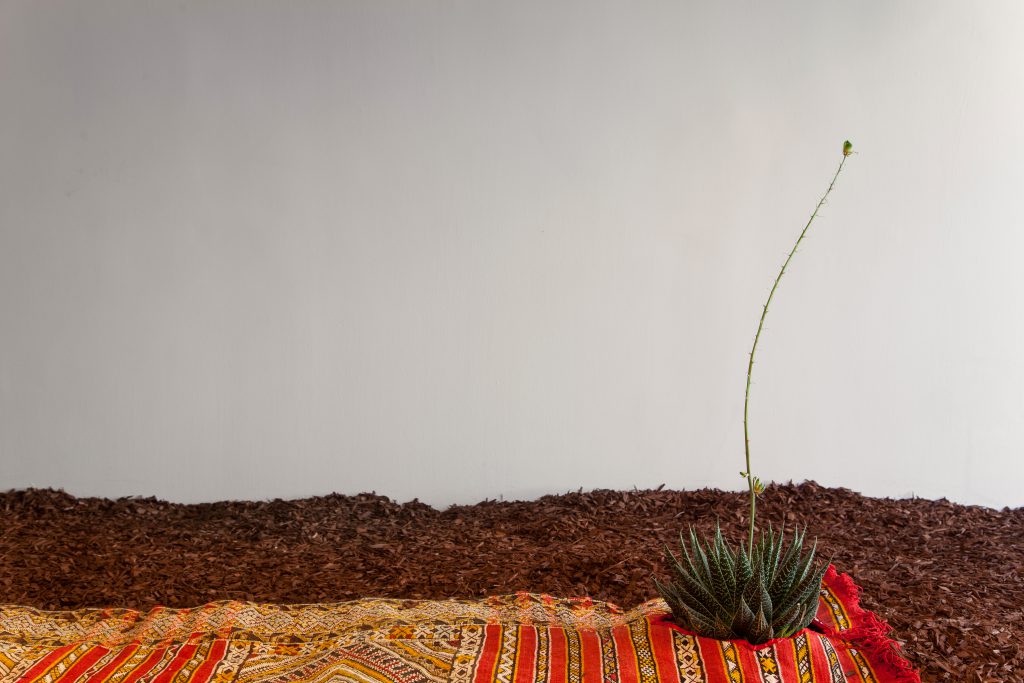 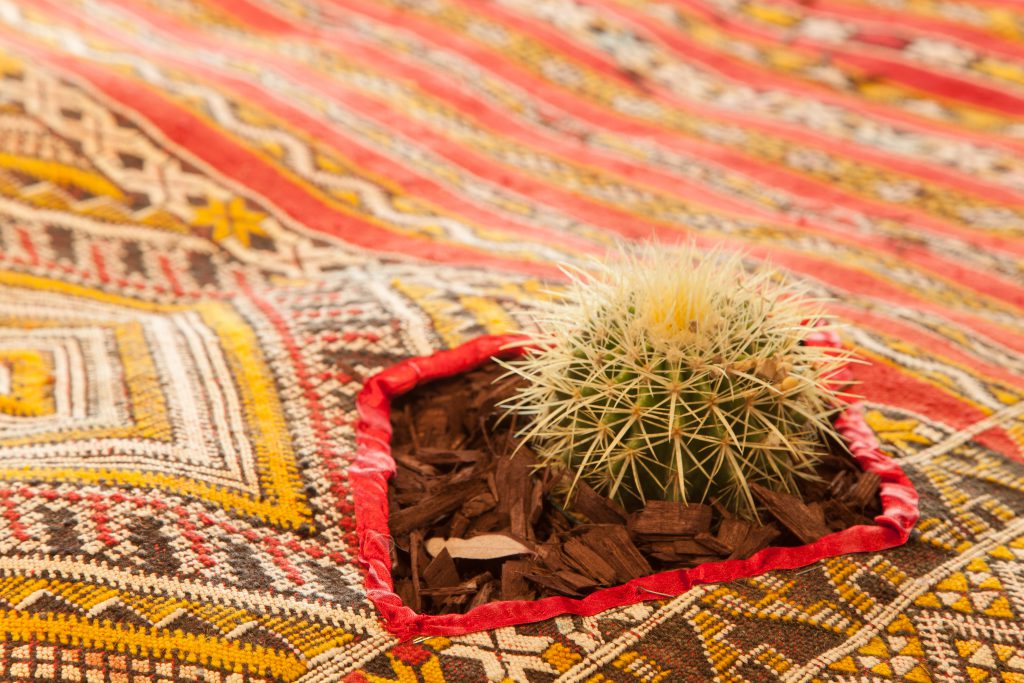 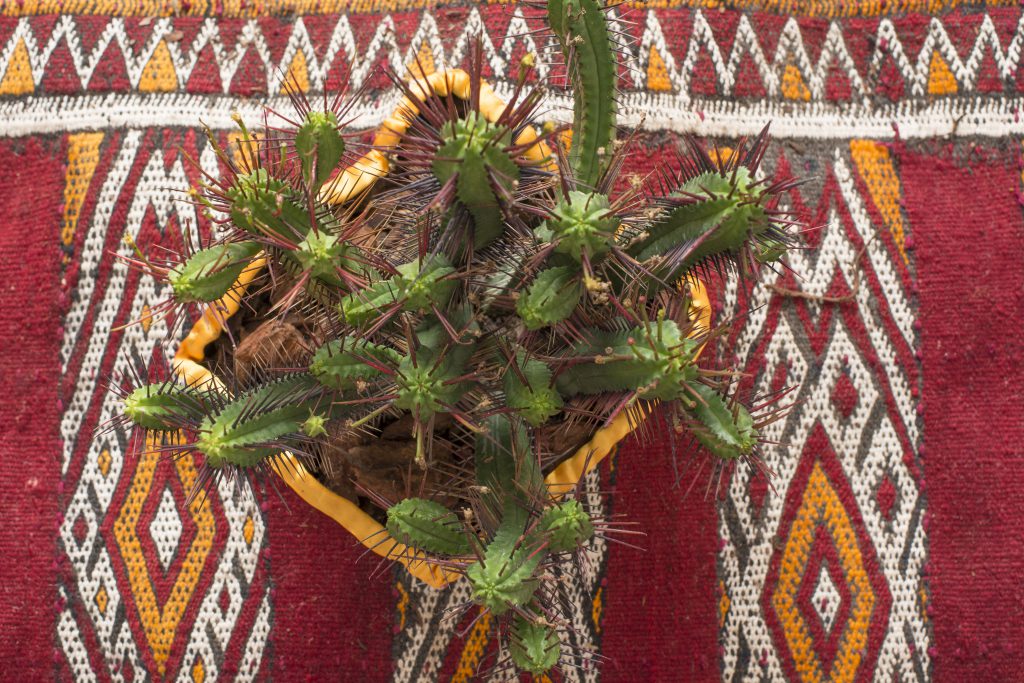 The other direction takes us to Neon Afterwords, a physical journey to the interior of select fragments from Borges’ narrative. Enticing the eye with a cool blue glow, Montezemolo literally immerses the viewer in between excerpted words and sentences from the story. Illuminated in neon and suspended in the air, the scale of the text fragments has a dreamlike monumentality. Placed out of order and at various heights, the construction of one meaning is possible, but it is also multiple, contradictory and necessarily incomplete.

The artist, born in Italy but since 2002 relocated between Mexico and the United States, is immersed in research in and about another territory; here she is unable or unwilling to reveal the secret of her experiences, except by inviting us to enter into the same process of questioning she confronts as an artist and anthropologist. Ultimately it is Borges’ protagonist who reminds us “the secret is not as important as the paths that led [him] to it. Each person has to walk those paths himself.”

This exhibition is co-curated by Marina Pugliese and Heidi Rabben, and is the third and final installment of Mapping the City, a project of the IIC with the goal of furthering exchanges between Italy and the Bay Area in the field of Visual Arts.