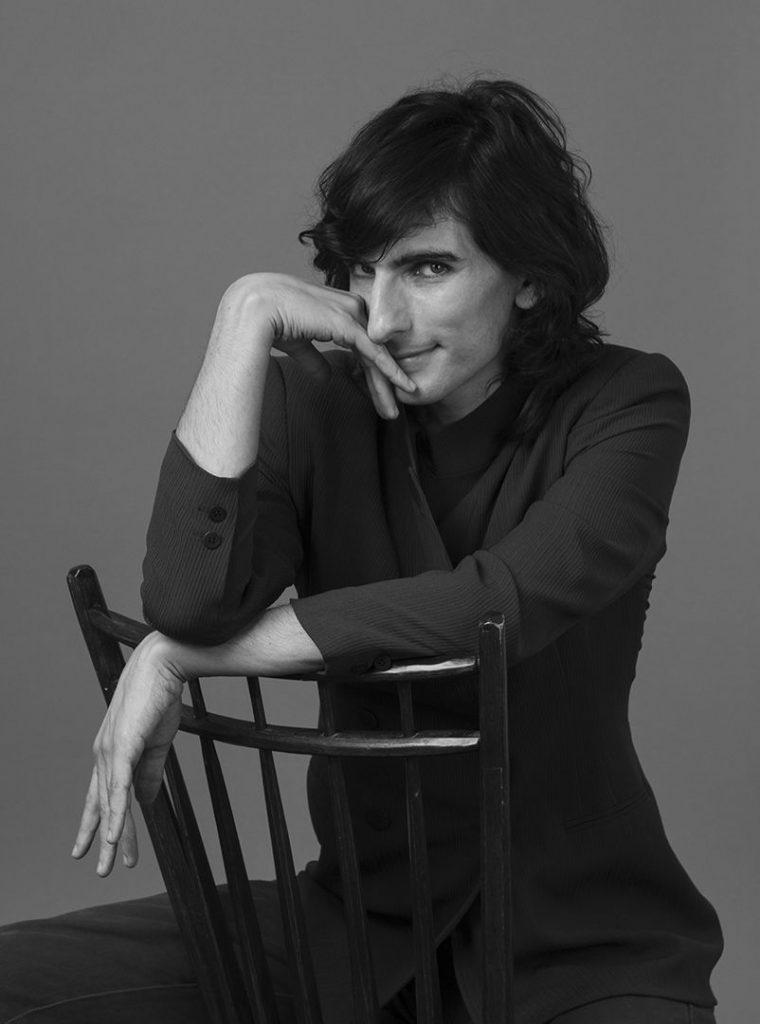 An evening with Morgan Bassichis, a New York-based performance artist who draws on stand-up comedy, music, and “just like, life.” Bassichis is a playful yet fierce social critic, often camouflaging blistering and sensitive critiques inside sensitive melodies and self-deprecating wisecracks. Bassichis notes that the songs on their first record, More Protest Songs!, recorded as a live show with a full band at St. Mark’s Church in New York, “fall somewhere between adult lullabies and practical spells, and will not include concrete policy recommendations but maybe they should?”

Recent appearances include Nibbling the Hand That Feeds Me at the 2019 Whitney Biennial, New York, Klezmer for Beginners at Abrons Arts Center, New York (2019), Damned If You Duet at The Kitchen, New York (2018), and The Faggots & Their Friends Between Revolutions: The Musical at the New Museum, New York (2017). Morgan has presented work at the Brooklyn Museum, New York, Hirshhorn Museum, Washington D.C, MoMA PS1, New York, the Portland Institute of Contemporary Art, and multiple bar mitzvahs. The artist has been called “a tall child or, well, a big bird” by the Nation and “fiercely hilarious” by the New Yorker.