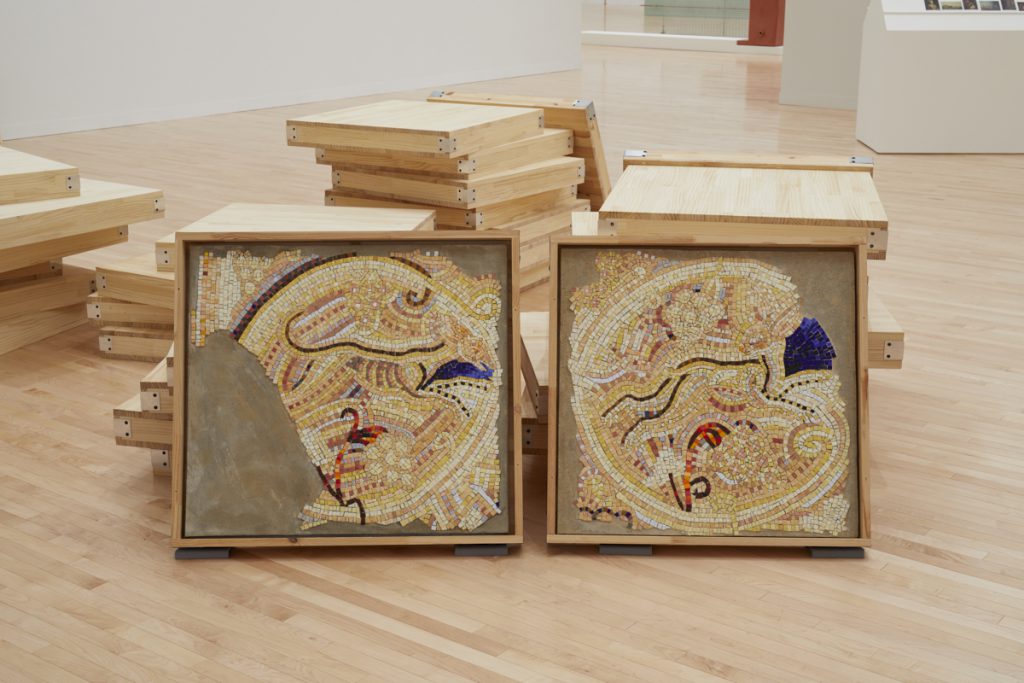 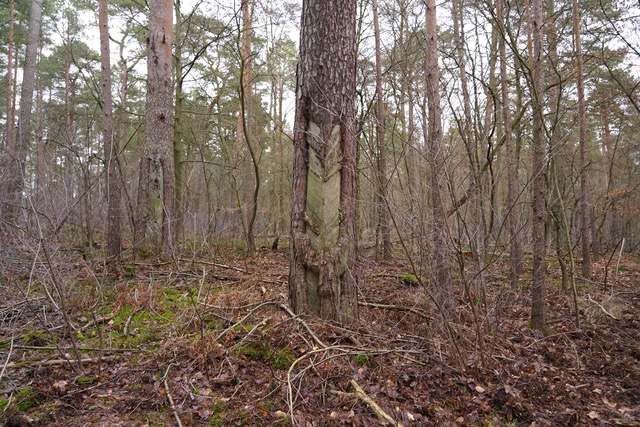 Artists conversations in the frame of the collective exhibition Things Entangling, a collaboration between MOT and KADIST.

We are inviting four artists from the exhibition to talk about their practices with a focus on the work presented in the exhibition, followed by a discussion led by Andrew Maerkle.

Artists conversation with Tom Nicholson and Alexandra Pirici
On Friday, September 18th, 8—9.30pm JST, 1— 2.30pm CEST
The conversation will revolve around the artists’ works which bear witness to mechanisms of uprooting, displacement, or appropriation applied throughout the course of colonialist and imperialist policies.
If Comparative Monument (Shellal) (2014-17) by Tom Nicholson imagines the symbolic repatriation of a mosaic through its identical reproduction, a Byzantine work from a sixth-century church near Gaza with animistic iconography, carried off and sent to Canberra by Australian soldiers during World War I, Alexandra Pirici offers a gesture of reparation that could be likened to Nicholson’s, but in an immaterial form. Through the bodies of performers, she brings to life the Parthenon Marbles and the complexity of their history, looted by the British from Greece, and still held today in the British Museum in London. These works, by means of copies or reproductions, allow these objects to come to life while also highlighting the ruptures of meaning they underwent as a result of their various displacements. By extension, they reveal the underlying political and economic stakes, and the mechanisms of power on which imperialist countries have been built.

Artists conversation with Dale Harding and Asako Iwama
On Friday, September 25th, 8—9.30pm JST, 1— 2.30pm CEST
The conversation will focus on how to reestablish possible anchors, by emphasizing the trajectories of objects — whether natural or human made — and their intangible inheritance.
Asako Iwama deploys research around methods of pine resin extraction, in an attempt to trace human activity toward nature as a resource.
Harding engages with inherited objects, for instance by depicting them on the wall through a mouth-blowing process of mark making inherited from his ancestors. In doing so, he performs a healing and reparation, rehabilitating the objects’ meaning or use assigned by their original communities. They both explore in their practice how an object, be living or non-living, could have the capacity to transmit another type of knowledge — tactile, emotional, or interpersonal — by engaging with it in a performative way, in an attempt to free it from the colonial and official history into which it was transplanted.

Dale Harding
Dale Harding’s practice is grounded in stories that continue the cultural lineage of his Indigenous Australian Bidjara, Ghungalu, and Garingbal ancestry. Some works involve stories form the artist’s internal family lines and others draw on the techniques, tools, and iconography that remain present among Indigenous Australian cultures of central Queensland.
Asako Iwama
With her professional experience as both cook and artist, Asako Iwama has organized a number of experimental workshops and field trips that explore the social dimensions of eating. Her more recent practice further investigates historical and technological shifts in relationships between natural elements and the body as material and subjectivity through physical engagement, including (re)modeling, sampling, tracing, and research.
Tom Nicholson employs drawing, film, installation, actions, and writing to engage with colonial histories of Australia that unfold in and outside of the country. He draws connections between different moments, places, and subjects, often through in-depth archival research and dialogue with objects, people, and narratives. The process of engagement results in various modes of production and articulation, including collaborative object making and imagining monuments anew. Uncovering thin layers of history that might otherwise remain unnoticed or proposing alternative trajectories of history, he critiques the nation-state system that draws borders and allocates power.
Alexandra Pirici
The ongoing actions and performative works of Alexandra Pirici use embodiment to explore history, the production of meaning, and invisible structures of power, in both the gallery and public spaces. Her work uses movement—specifically the body, whether physically or virtually present—to reimagine the future by rereading historical and art historical narratives, turning objects into actions via enactments or living sculptures, and resituating abstraction in the living body.
Andrew Maerkle is a writer, editor, and translator. He is Editorial Director of the Agency for Cultural Affairs’ Art Platform Japan translation project, and Deputy Editor of the online art publication ART iT | International Edition. He contributes to international publications including frieze, Artforum, and Art & Australia, and teaches in the Graduate School of Global Arts at Tokyo University of the Arts. He is working on a book of translations of early writings by Kishio Suga.
Information

All programs are conducted in English with simultaneous Japanese translation.