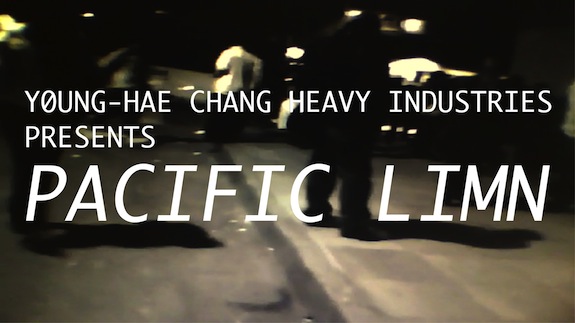 – WHY AM I AFRAID OF THE U.S.A.?
– I TRIED TO DISCUSS COMMUNISM WITH THE CHINESE
BUT NO ONE WANTED TO TALK TO ME
– THE SECRET LIFE OF HARUMI

Produced during their two month residency in San Francisco, Young-Hae Chang Heavy Industries present Pacific Limn, a three-part narrative, mixing thier signature rhythmic approach with the cultural climax of San Francisco. According to the artists, the word “Limn” calls upon both its literal meaning to “depict or describe in painting or words,” but also self-consciously substitutes the word Rim, pointing to the slippage between “L” and “R” in some Asian languages. Alternating between a seductive and acerbic use of language, Pacific Limn combines erotic fantasy with sardonic wit. The project continues YHCHI’s exploration of “digital literature”, a combination of up-tempo music, the Monaco typeface, and Adobe Flash text animation. Superimposed over static or moving images, the texts appear at a pace just within the threshold of cognition. In this way, YHCHI creates an immersive experience that fluctuates between reading and watching.

WATCH the Kadist video, a conversation with YHCHI and Hou Hanru here.