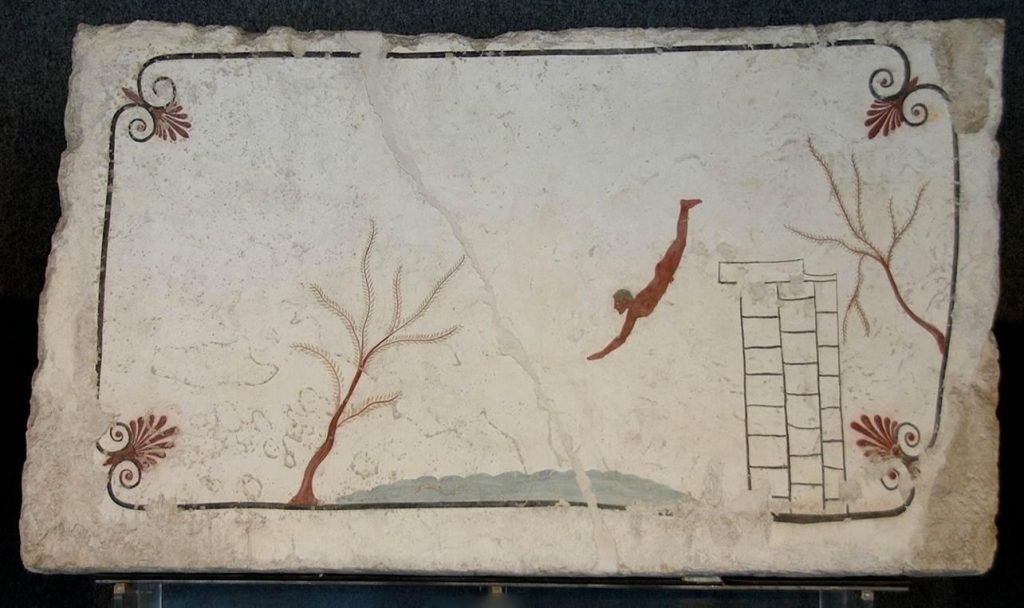 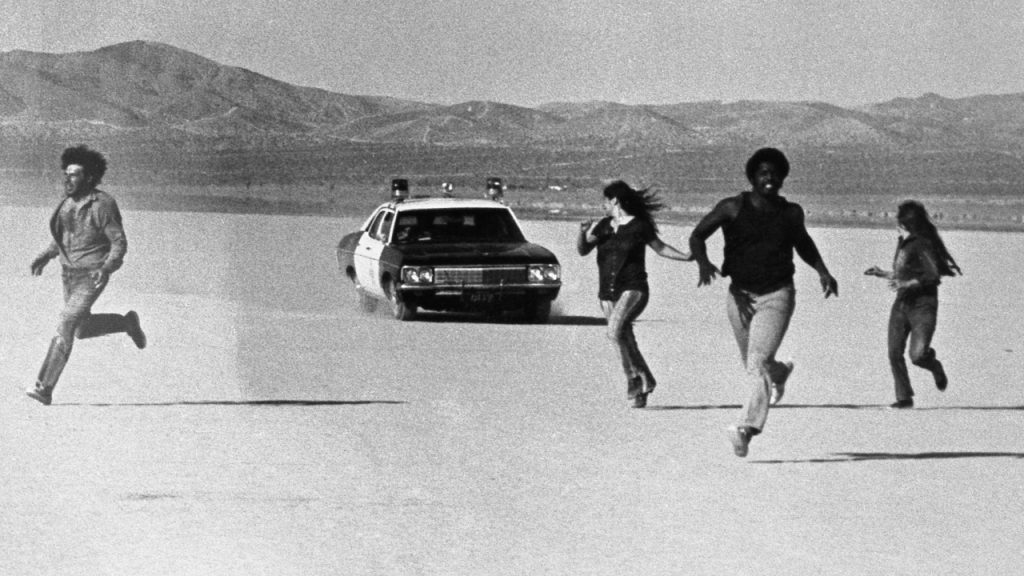 The Tomb of the Diver (local limestone, circa 470BC), Paestum, present-day Italy. From "Slow Motion and Sports: Corporeal 'Imageries,' Hypnosis, and Transfigured Time" by Jasmine Pisapia in INCITE: Sports
1 OF 2

To celebrate the launch of Sports, the newest issue of artist-run publication INCITE: Journal of Experimental Media, KADIST hosts an evening of athletics, politics, art, and dialogue. Sports editors Astria Suparak and Brett Kashmere, recent transplants to the Bay Area, tip off the program with an illustrated preview of the book, which surveys the intersections of sports, political discourse, popular culture, experimental media, and performance. Then we’ll shift gears to a discussion between Ezekiel Kweku, journalist and politics editor of New York Magazine’s Daily Intelligencer, and Ameer Loggins, writer, scholar, and an organizer for Colin Kaepernick’s Know Your Rights Camps, which will likely touch on recent boycotts, the possibilities for activism, the realities and repercussions for athletes (both on and off-field), and writing about sports from a political perspective.

Ezekiel Kweku (@theshrillest) is a writer based in the San Francisco Bay Area. He is an essayist who writes about economics, race, sports, politics, and culture. He is currently the politics editor at New York Magazine‘s Daily Intelligencer. He also wrote Dubbed, a column about the Golden State Warriors for Vice Sports. He has written for The New York Times, MTV News, Pacific Standard, The Toast, and Wonkette.

Ameer Loggins (@LeftSentThis) is a Doctoral candidate in African Diaspora Studies at UC Berkeley and teaches courses in the Sociology Department at Mills College. His research explores Black re-presentation across multiple media. He is a regular contributor to the African American Intellectual History Society’s Black Perspectives, and The Athletic. He has also written for The Guardian, The Undefeated, and GQ.

Sarah Hotchkiss is a San Francisco-based artist, the visual arts editor for KQED, and the author of an essay titled, “If you want to play a cool feminist party trick that’s sure to kill the mood, start rattling off statistics about wage disparity between the WNBA and the NBA.” She plays first base.