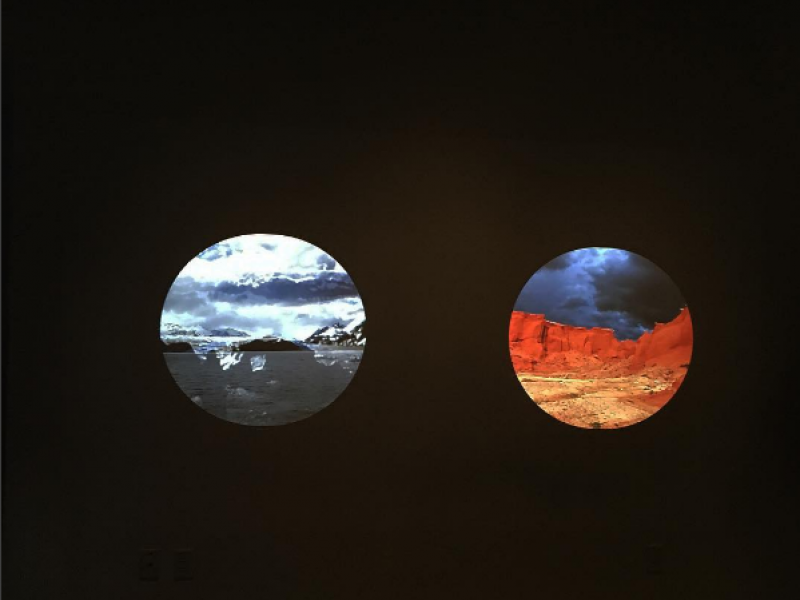 Performance in collaboration with Lili Weckler

Sound in collaboration with David Tappeser

Developed especially for Frozen World of the Familiar Stranger, “Radar Level” is set in the world’s last geological minutes, in two ancient landscapes. One in the northern hemisphere in Mongolia at the site of the first dinosaur egg excavation and the other beneath the southern constellation of Nambia, on its old waters. The split projection reverses between desert and water. Dissolving in these images are found photographs of humans in spacesuits before the space age, gearing up for the end of life, for a distant voyage, for protection or for colonial imitation. Just as the title itself is a palindrome, here, the extinction of the past looks like the extinction of the future. The sound is a combination of dinosaur sounds and outer space vibrations, both anterior to human existence, yet only known through anthropocentric, technological re-imaginings.