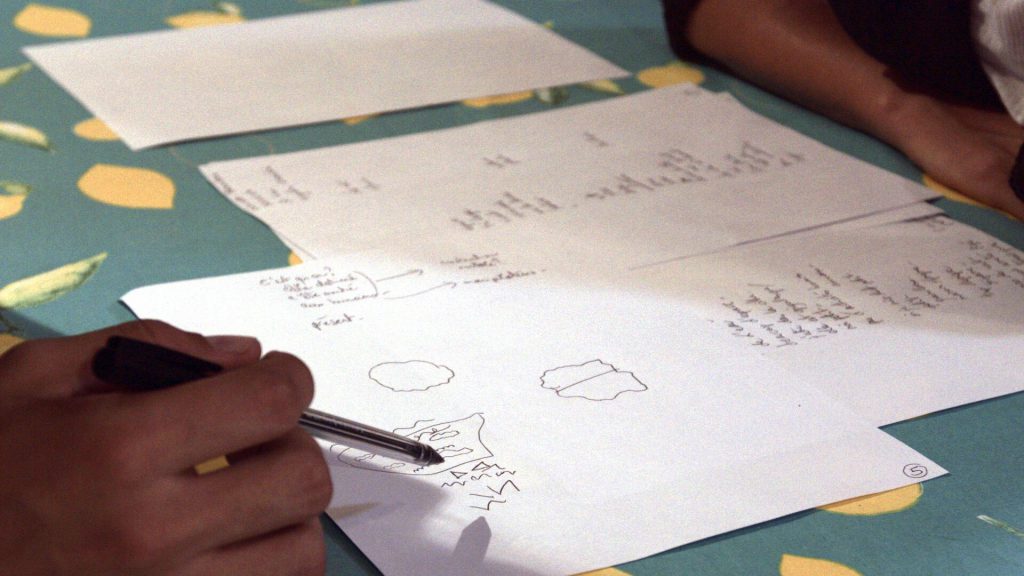 A Remote Viewing workshop with artists Myriam Lefkowitz and Simon Ripoll-Hurier
11:00am to 1:30pm or 2:30pm to 5:00pm

In the heart of Silicon Valley in the 1970s, and under the aegis of the CIA, a group of scientists and psychics developed a technique intended to channel extra-sensory perceptions in an effort to produce descriptions of distant targets. They called it Remote Viewing. Alone in a room with paper and pen, “viewers” followed protocols to organize mental images, feelings, and impressions around an altogether unfamiliar target—most often a place, but possibly an event, object, person, or other. Blindly, viewers began to add image and language to their subjects, which was subsequently compared to real-world specifics.

French artists Myriam Lefkowitz and Simon Ripoll-Hurier have been experimenting with Remote Viewing for the past two years to explore its poetic, perceptual, and political potential. They have shared this practice through workshops and are shooting a film on the subject in the Bay Area this summer.

The workshop will provide an introduction into Remote Viewing methodologies, an active Remote Viewing session, and background on the artists’ research. No prior experience is necessary.

Note: The workshop is free to attend. Space is limited and we kindly request that you RSVP with a refundable deposit to reserve a spot. Register here.

Myriam Lefkowitz (b.1980) is a performance artist based in Paris whose research is focused on questions of attention and perception mainly via immersive devices that facilitate a direct encounter between spectators and performers. Her work has been presented at the Venice Biennale 2013 (Lithuania and Cyprus Pavillon), the MOT (Tokyo), De Appel (Amsterdam), Le Nouveau Festival, Centre Pompidou (Paris), The Bergen Triennial (Norway), La Ferme du Buisson (Noisiel, France), and Les Laboratoires d’Aubervilliers (France), among others. She is currently an associated artist at La Ferme du Buisson (Paris).

Simon Ripoll-Hurier (b.1985) works with film and sound. Between 2014 and 2017, he developed Diana, a research project that includes film, video, performance, and radio in which he links various “listening practices” such as bird-watching or ghost-hunting. Ripoll-Hurier’s work has been screened in festivals such as Visions du Réel and FIDMarseille and has appeared in biennials and art centers such as Palais de Tokyo, Laboratoires d’Aubervilliers, Ujazdowski Castle, and Greylight. Ripoll-Hurier also plays with Les Agamemnonz, a surf music band, and co-founded *DUUU, an artist-run web radio project.

The workshop is free to attend. RSVP is required due to limited space and a refundable deposit will be taken to reserve your spot for one of the sessions. Register here