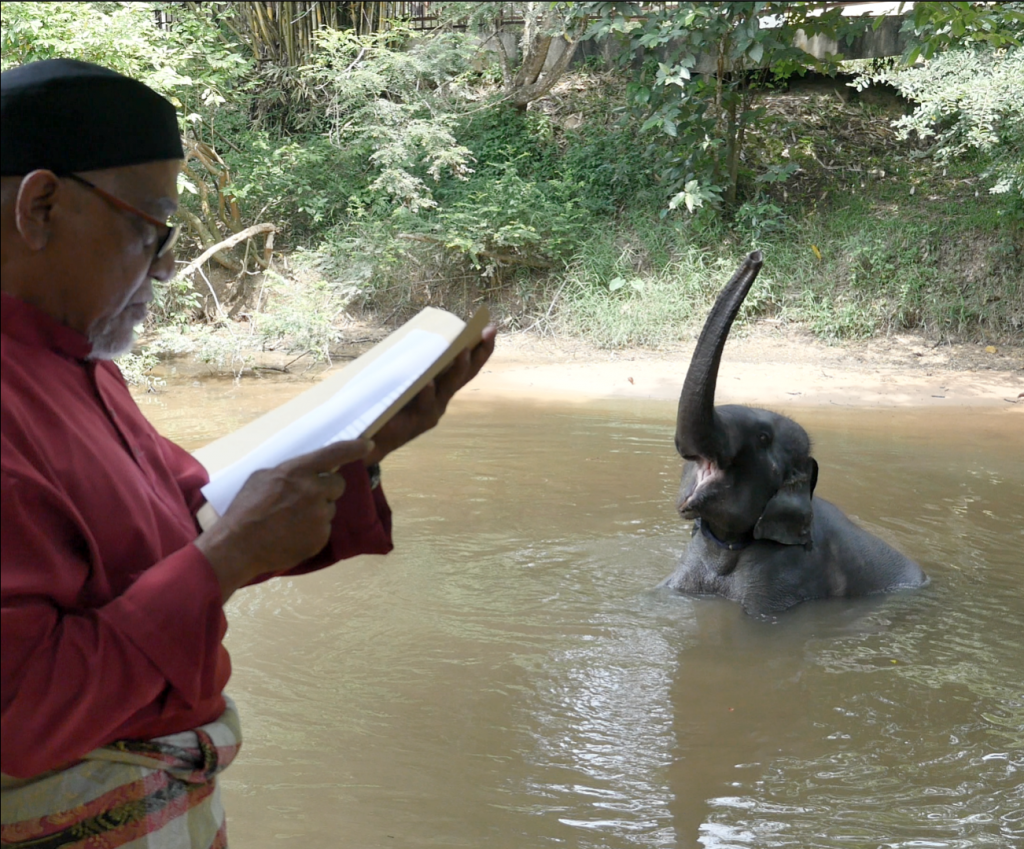 Commissioned by the Singapore Biennale 2019 in collaboration with KADIST as part of Frequency of Tradition, curated by Hyunjin Kim, a three-year series of seminars, commissions, and exhibitions taking place across Asia.

The video installation focuses on the complicated relationship between the Dutch East India Company and the British East India Company taking the Malaysian city of Malacca as a point of departure. The work is narrated with excerpts from Hikayat Abdullah, a book published by Abdullah bin Abdul Kadir in 1849, a Malacca born Munshi of Singapore. The book is an account of Abdullah’s personal but perceptive view of Singaporean and Malaccan society at the beginning of the 19th century. Stones and Elephants focuses on archaeological science, which comprises the application of scientific techniques to analyze archaeological elements, assisting in determining the materials. This work contains documentarian elements, including the elaborate network that extends from Hoping Island across Asia, comprising the Dutch Governor’s House in Malacca built in 1641, the North Dutch Fortress rebuilt in 1642, and the war between Cambodia and the Netherlands in 1644. By employing various technologies, narratives, and objects, Stones and Elephants reorganizes the history of the Colonial Era (1453-1789), tracing the relationship between Malacca, William Farquhar of the British East India Company, elephants, and connecting the colonial history to our modern lives.

Chia Wei Hsu’s, Stones & Elephants (2019) is the second co-commission as part of Frequency of Tradition, a three-year KADIST initiative curated by Hyunjin Kim, Lead Regional Curator for Asia. Comprising seminars, commissions, and exhibitions through collaborations with artists and institutions, the initiative examines the entanglements between tradition and modernization in the Asian region.