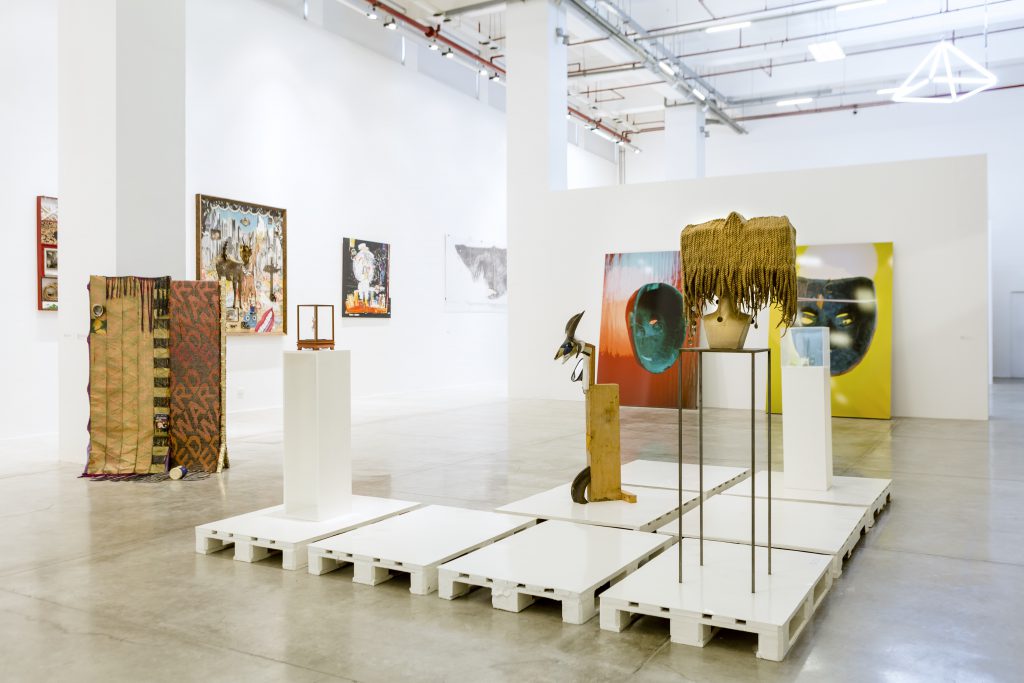 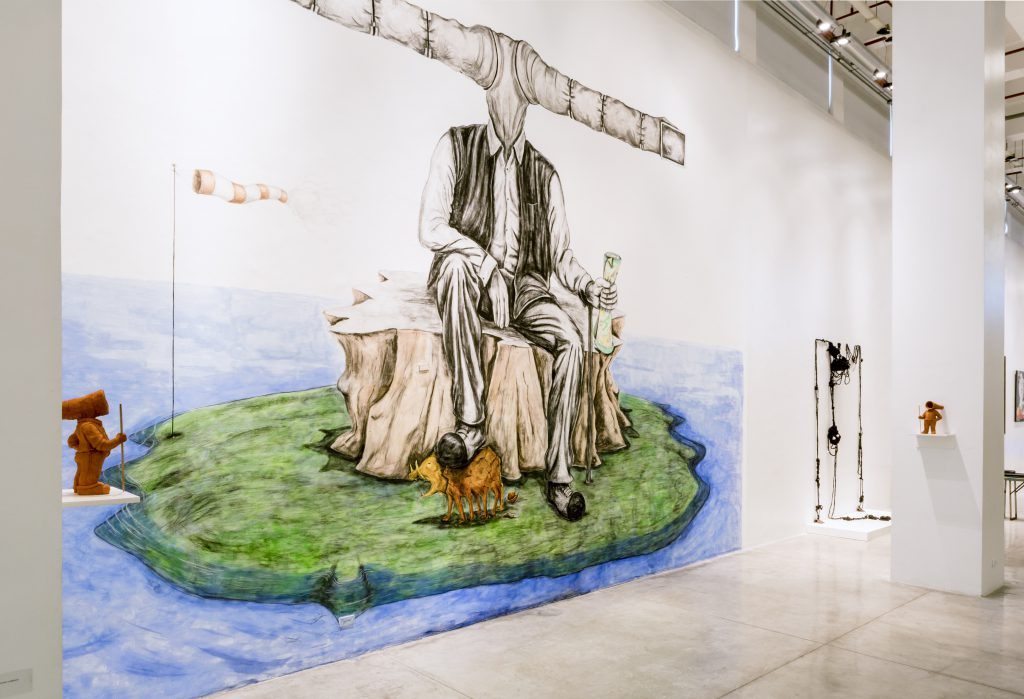 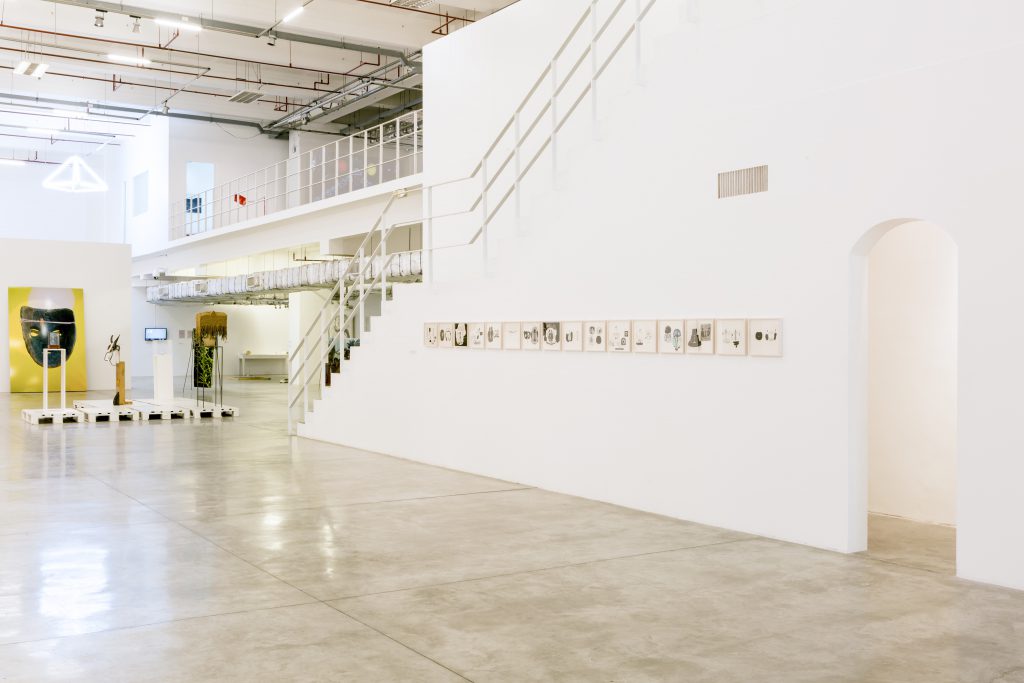 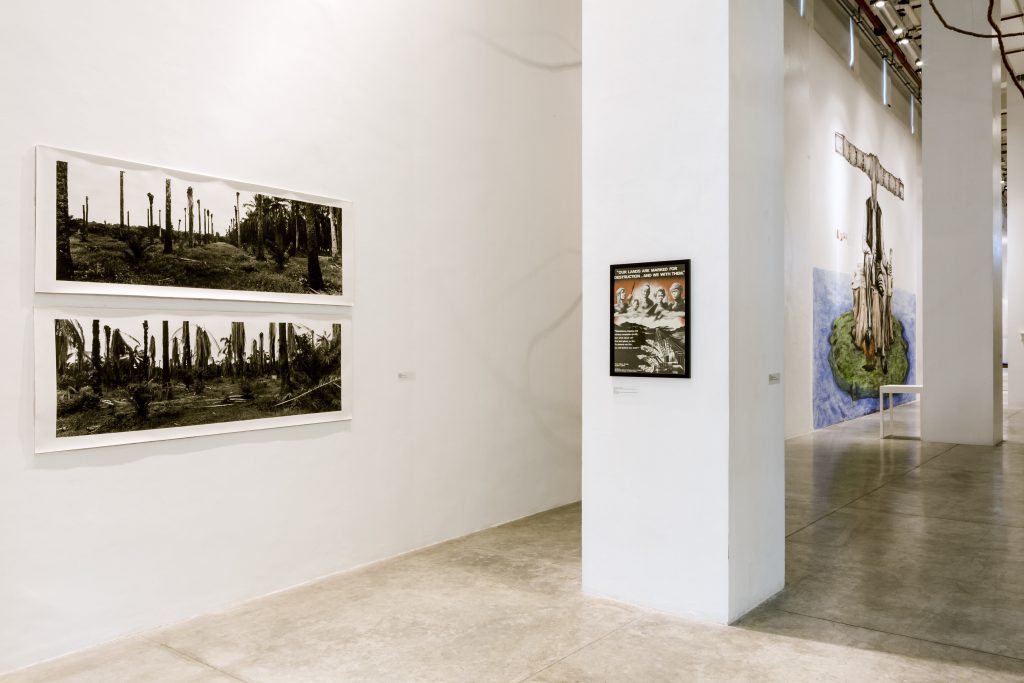 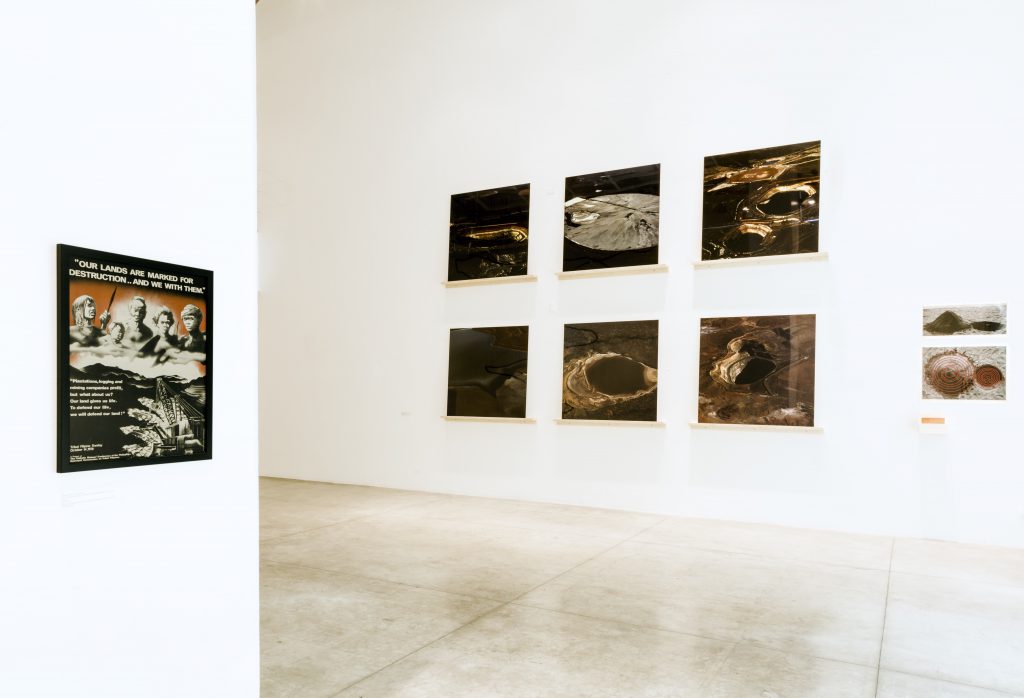 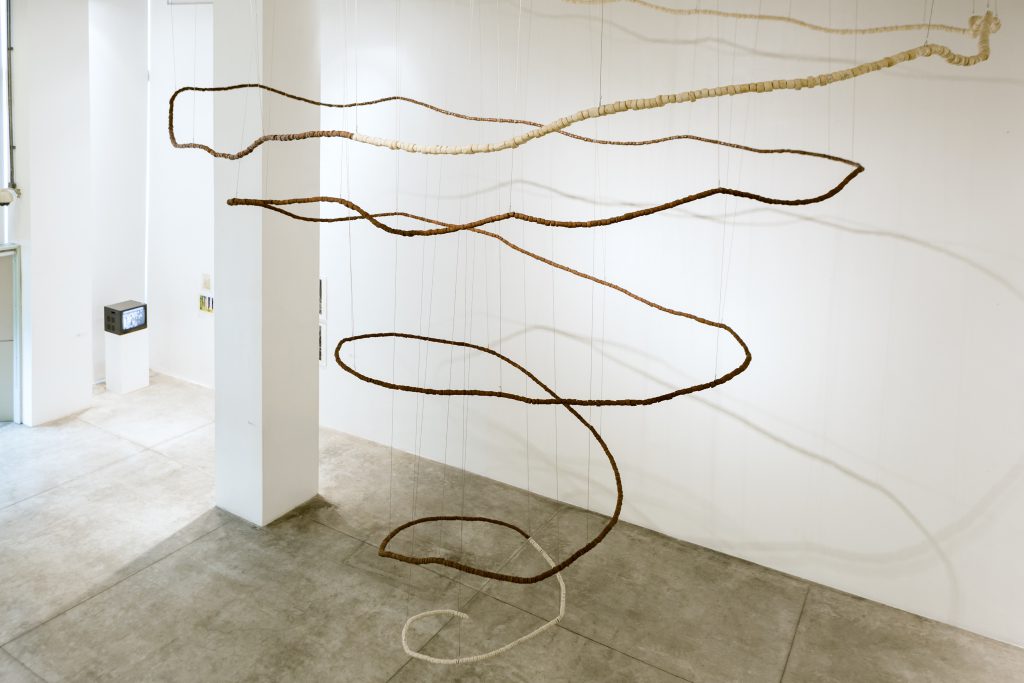 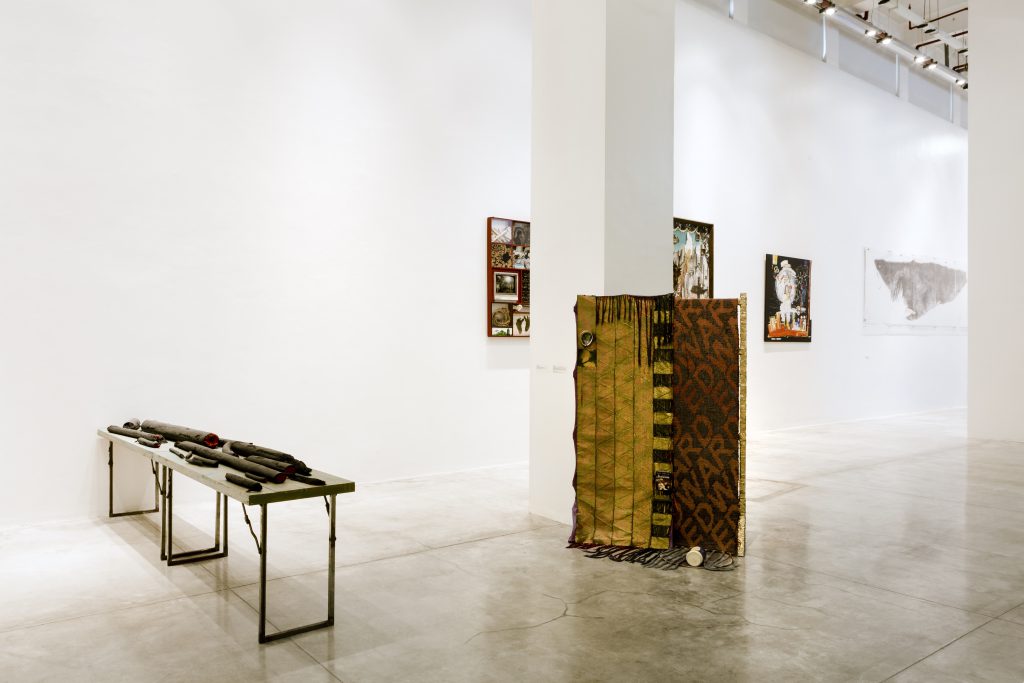 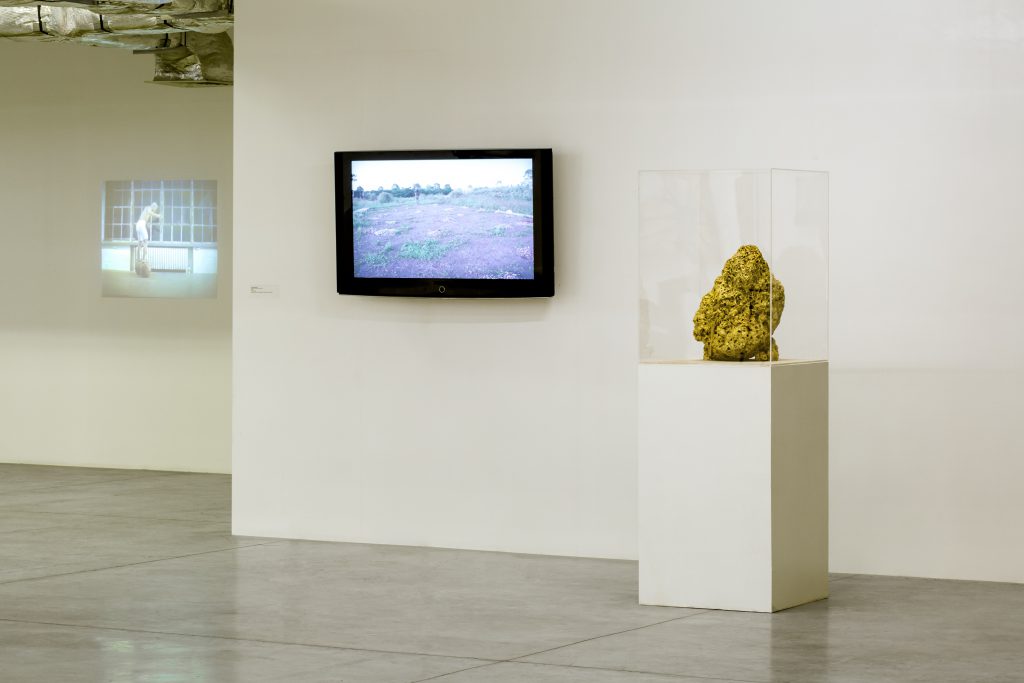 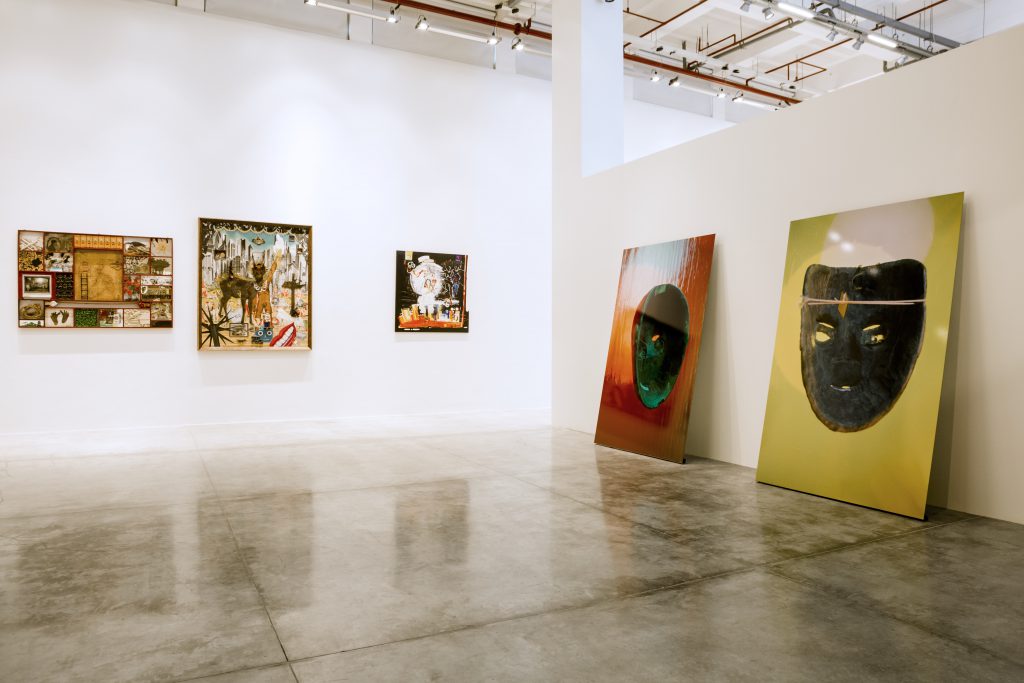 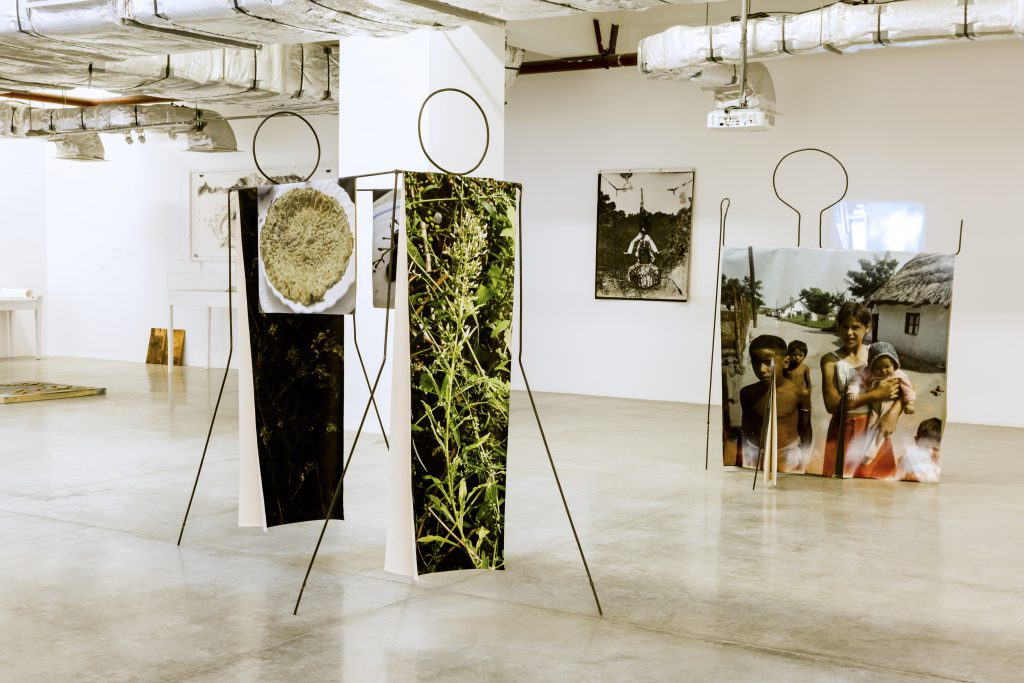 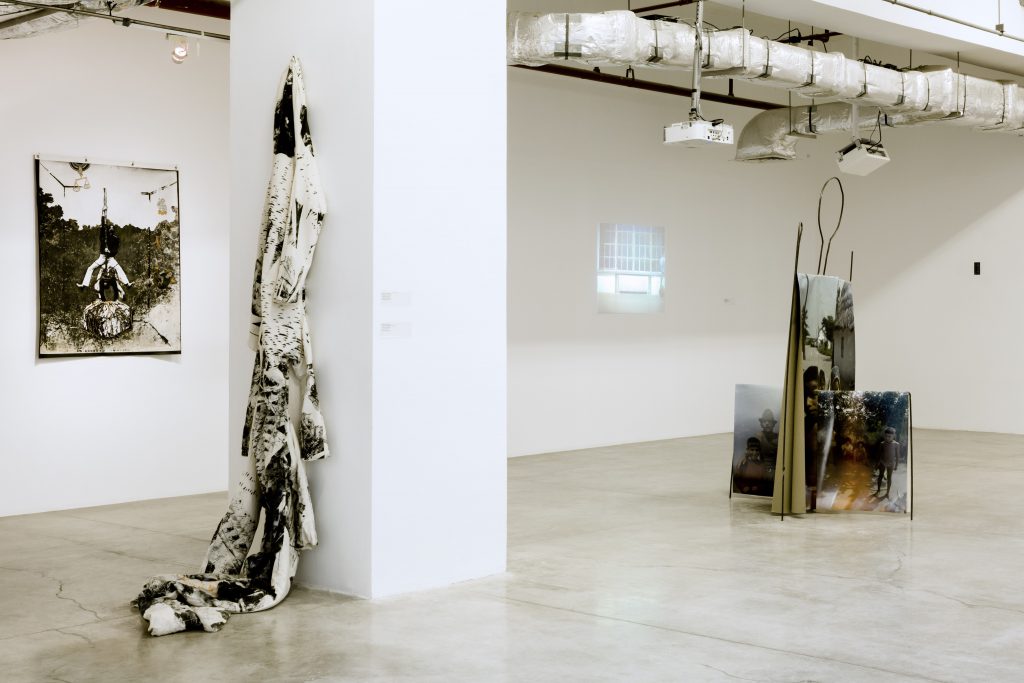 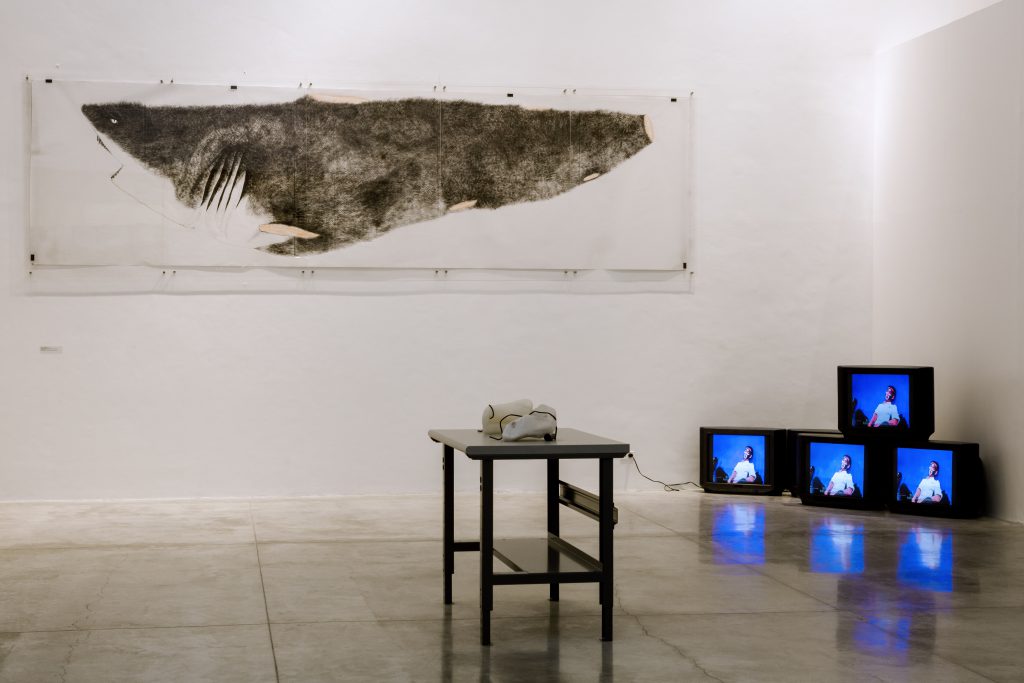 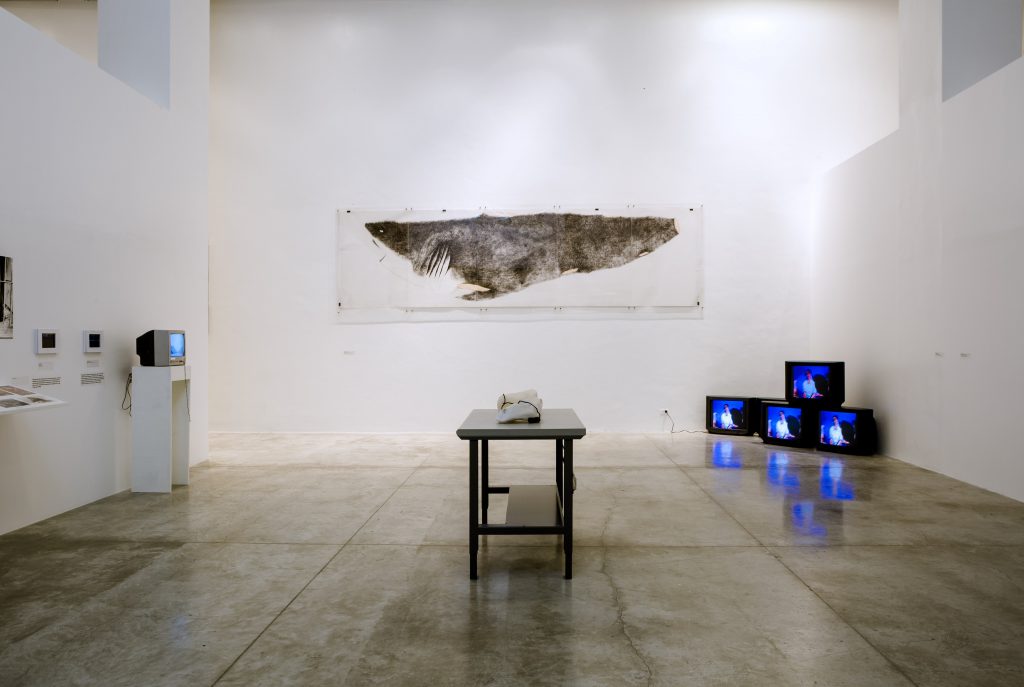 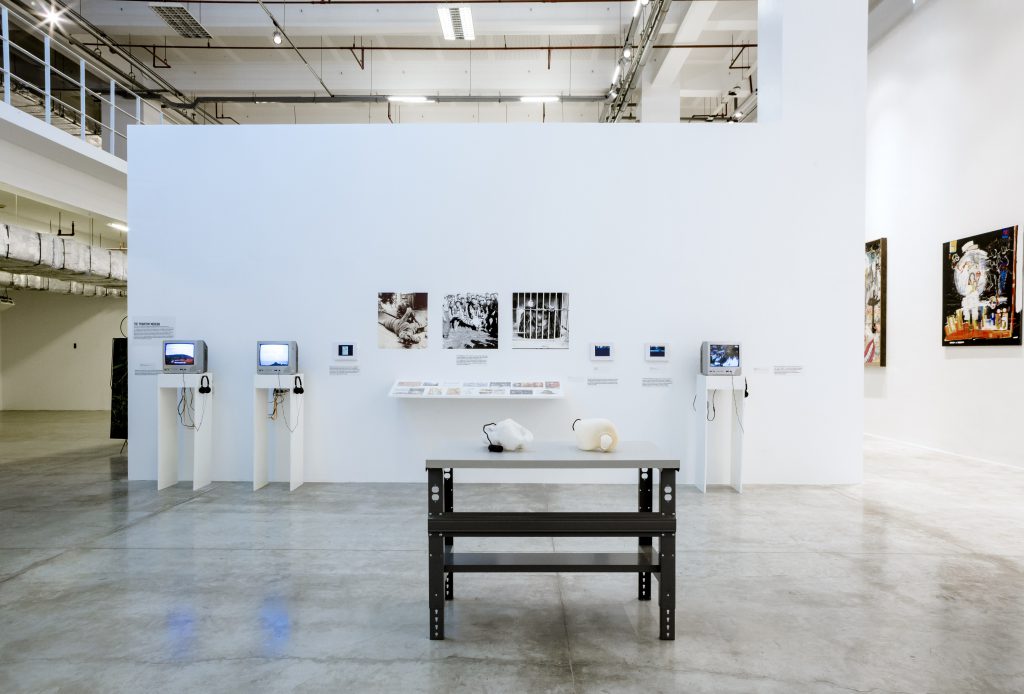 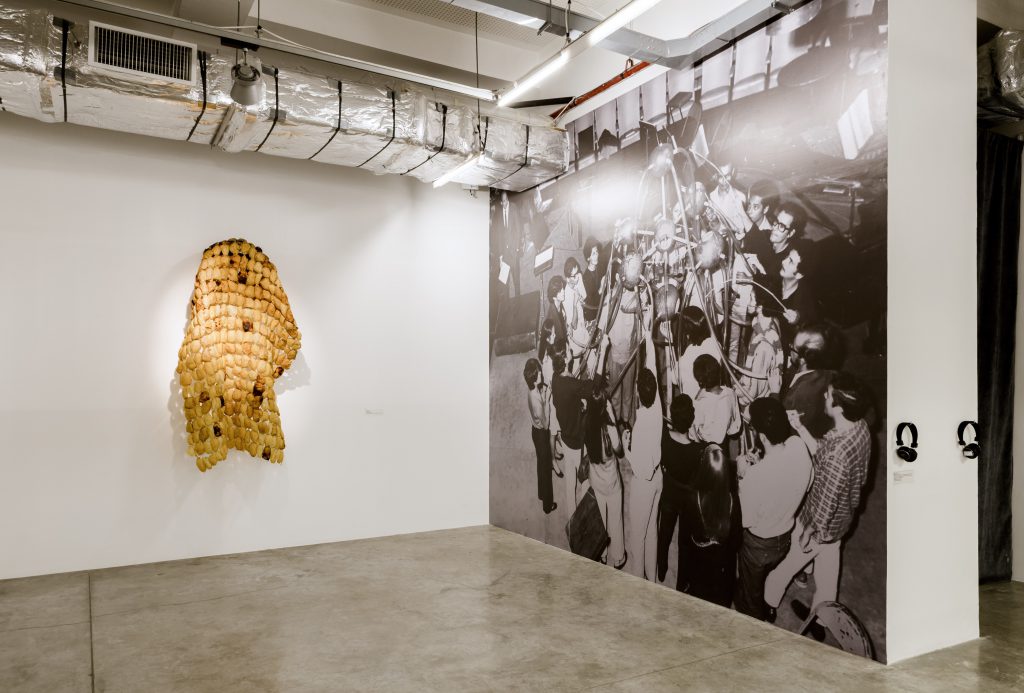 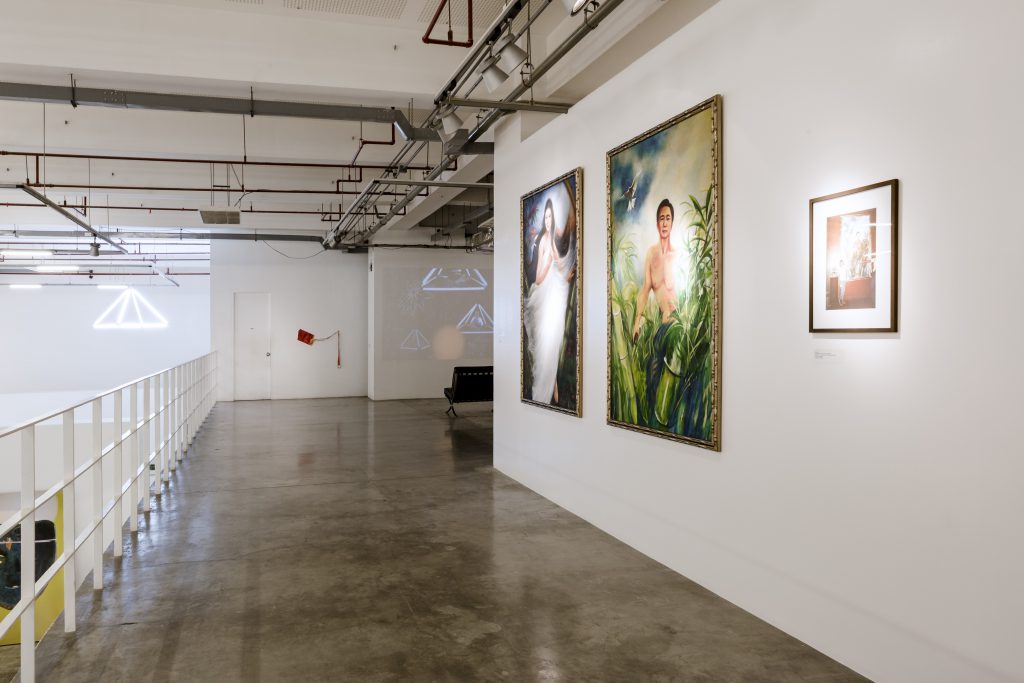 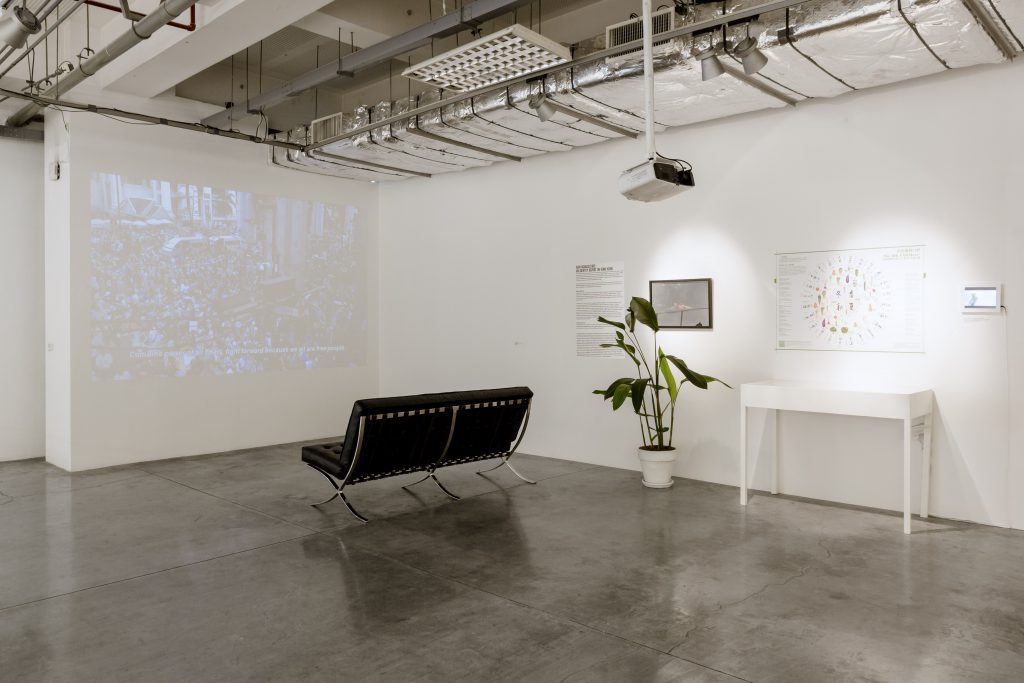 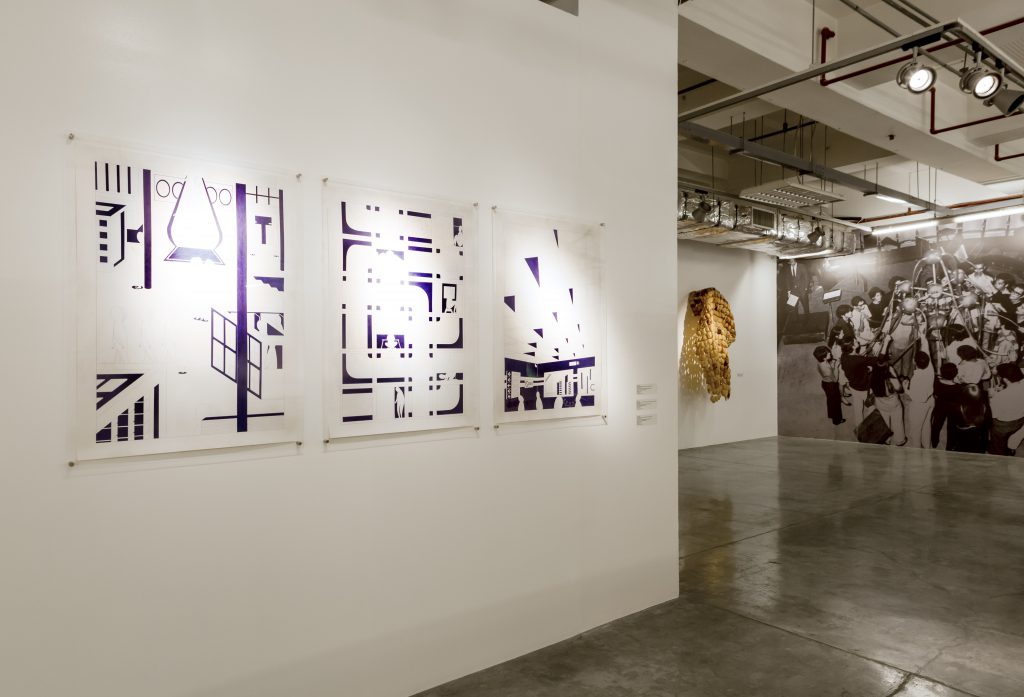 Soil and Stones, Souls and Songs, 2016. Photo by At Maculangan. Courtesy the Museum of Contemporary Art and Design in Manila.
1 OF 18

The major traveling and transforming exhibition Soil and Stones, Souls and Songs  is based on several intertwined lines of tension and narratives found today in the realities, artistic and cultural production, and contemporary thought in the Asian sphere and beyond. The exhibition is constructed on a spectrum of art practices, new commissions, works from the KADIST collection, case studies curated by Yongwoo Lee, Qu Chang, and Simon Soon, and experiments on forms and processes addressing, directly or symbolically, several broad categories of issues. These can all be traced to the seismic forces that have transformed the world over the past decades, with Asia being at the forefront of these changes. Presented by the Museum of Contemporary Art and Design (Manila) together with KADIST (Paris / San Francisco) and Para Site (Hong Kong), Soil and Stones, Souls and Songs is curated by Cosmin Costinas and Inti Guerrero.

The unleashing of the forces of the global market in the region has modified the forms of production, labour, landscape and environments, as well as wider societal structures across the continent. The anxieties of the new world, and the often competing aspirations of these reshaped societies are in search of new forms of imagining the political, of new ideas meant to give sense and direction to the changing realities. Many of these ideas try to position themselves in opposition to liberal democracy—perceived as foreign—or even outside of the parameters of Western modernity, often creating complex and hybrid ideological projects. Sometimes continuing ideas from the anti-colonial struggle and from the postcolonial nation building process, these ideological projects are nevertheless very current adaptations to the region’s rejuvenation and to what is seen as the crisis of the West. In this respect, there is a thread uniting as disparate ideas as the neo-Confucianist revival of the Communist Party in China to new ideas about what it means to be indigenous across the colonized world, from Melanesia to the Americas, passing through what appears to be a more conventional resurgence of nationalism in different countries. This latter phenomenon has catalyzed revisionisms of historical issues and of various founding myths (of communities and of the world itself) in the face of historical and ecological threats, leading to a general horizon of anxiety. This fear extends however beyond Asia, finding a fertile ground in a world marked by a loss of certainties, by the anxiety of a shifting geopolitical order in the postcolonial and post-Cold War Era, and by the unease and violence often accompanying the transformation of traditional economic and cultural patterns.

How can an art exhibition convey this? How can forms, objects, and matter translate the contextual anxieties we are pointing out? How can the infinite complexities of the horizon over our continent be translated, not to mention the complexities defining the actual object and spectre named China, which appears at the centre of these issues? The exhibition attempts these through several interrelated threads, as well as through a number of separate case studies that compose a kaleidoscopic vision of our subject. It is also particularly attentive to aesthetic vocabularies and to how the search for an outside to Western modernity has been reflected in the references or the forms employed by artists of various generations and geographies. While many of the stories traced are occurring within Asia, the exhibition also tries to understand the transformations happening on our continent by tracing their echoes, resonances, and mirrored shadows outside its shores, near and far.

Museum of Contemporary Art and Design