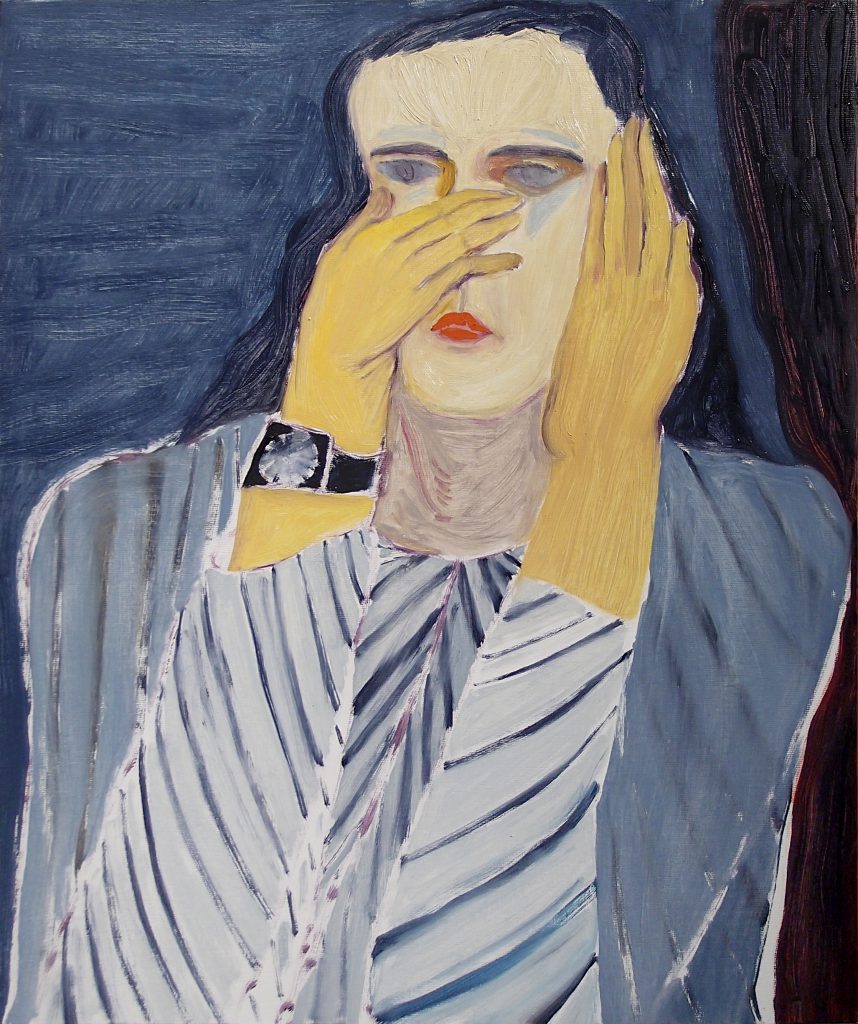 “When the self has been swallowed by illness, isn’t it cruel to insist on a self that is not illness?” asks Esmé Weijun Wang in her essay Perdition Days. “Is this why so many people insist on believing in a soul?” In sickness, our bodies and minds become the focal points of a swirl of medical, social, political, and metaphysical attentions. How might we navigate, let alone represent, such an overwhelming situation, such a swallowing of the self?

The Collected Schizophrenias—named after Wang’s forthcoming essay collection—is an evening of film, reading, and art. The program begins with a screening of Barbara Hammer’s short film, Sanctus (1990, 16mm), for which the filmmaker rephotographed and hand-colored found 35mm X-ray footage of human bodies in motion, shot by Dr. James Sibley Watson in the 1950s. In one sequence, liquid spills down the gullet of a skeleton; in another, a radiant heart pumps within a glowing set of ribs. The result is a captivating, foreboding glimpse inside the fragile machinery of our physical selves (and of film emulsion).

Wang reads an essay from her exhaustively researched and deeply affecting book, which opens with the journey toward her diagnosis of schizoaffective disorder, goes on to explore disagreements within the medical community about labels and procedures for diagnosing those with mental illness, and examines the manifestations of schizophrenia and compounding chronic illness in her own life.

Artworks from the KADIST collection that explore relevant subjects and concerns are on view in the gallery, including pieces by Firenze Lai, Chadwick Rantanen, and Finger Pointing Worker (Kota Takeuchi). The Collected Schizophrenias is co-organized with Triple Canopy as part of Risk Pool, the magazine’s twenty-fourth issue, which asks: How are sickness and wellness defined, and by whom? What are the effects of these definitions, and how do they mark us as narrators of our own lives and the systems in which they are enmeshed?

Esmé Weijun Wang is the author of the novel, The Border of Paradise, which was called a Best Book of 2016 by NPR. She received a 2018 Whiting Award, was named by Granta as one of the Best of Young American Novelists in 2017, and is the recipient of the Graywolf Nonfiction Prize for her forthcoming essay collection, The Collected Schizophrenias (Graywolf, 2019). Born in the Midwest to Taiwanese parents, she lives in San Francisco, and can be found on Twitter.

Corrine Fitzpatrick is a writer based in Inverness, California. She is co-editor, along with Molly Kleiman and Lara Mimosa Montes, of Triple Canopy’s currently unfolding issue, Risk Pool. She is a lecturer for the School of the Art Institute of Chicago’s Low-Residency MFA program. Her essays, criticism, and poetry can be found on artforum.com, Triple Canopy, Bomb, recessart.org, the Brooklyn Rail, and elsewhere.

Triple Canopy is a magazine based in New York. Since 2007, Triple Canopy has advanced a model for publication that encompasses digital works of art and literature, public conversations, exhibitions, and books. This model hinges on the development of publishing systems that incorporate networked forms of production and circulation. Working closely with artists, writers, technologists, and designers, Triple Canopy produces projects that demand considered reading and viewing. Triple Canopy resists the atomization of culture and, through sustained inquiry and creative research, strives to enrich the public sphere. Triple Canopy is a nonprofit 501(c)(3) organization and has been certified by W.A.G.E.

Our street-level space and bathrooms are ADA-accessible.