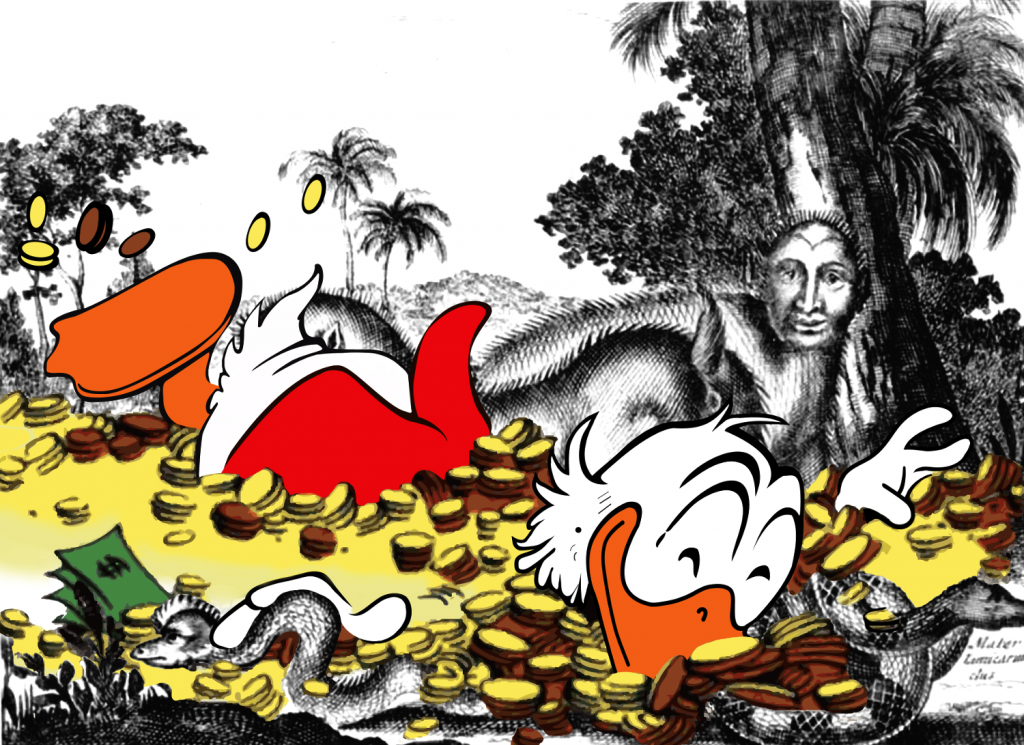 The exhibition United States of Latin America brings together more than thirty emerging artists from Latin America, many of whom will be exhibiting in the United States for the first time. The show is based on an ongoing conversation between two curators, Jens Hoffmann and Pablo León de la Barra, who for a number of years have exchanged research and information about artists, artworks, and the overall development of the art world from Mexico to Argentina and the many countries in between. The exhibition is an extension of this dialogue into the galleries of the Museum of Contemporary Art Detroit via artworks suggested in dialogue format.

United States of Latin America features a wide range of works in a variety of mediums, for instance a series of photographs about housing in Havana, a film about the effects of gang violence in Mexico, sculptures reflecting on the involvement of the CIA in Latin American dictatorships, drawings of historical monuments from the future, a floor map about the selling of Brazilian rubber to the United States, and paintings about the interplay of modernist houses, tropical vegetation, and utopian architecture. The individual artworks touch upon themes such as geography, history, urbanism, memory, colonialism, architecture, war, modernism, social inequality, regionalism, and power. Given how Latin America’s realities oscillate between the colonial and the contemporary, between severe economic hardships and enormous financial expansions, between flourishing democracies and suppressive dictatorships, and between great progress and immense regression, the exhibition presents an intentionally fragmented survey, a deliberately disjointed overview, of the region and the art being made there. It allows the viewer a glimpse into a reality that may seem geographically near, but is in many ways far away and unfamiliar.

The curators invited a number of writers and curators from throughout Latin America to contribute to a glossary of terms that articulate the region’s historical landscape and conceptual syntax. This glossary will be published in the exhibition catalogue along with a conversation between the curators, texts on all of the artists, images of the exhibited artworks, and a roundtable discussion featuring a number of curators based in Latin America.

Developed in collaboration with Kadist Art Foundation, United States of Latin America is curated by Jens Hoffmann, MOCAD senior curator at large, and Pablo León de la Barra, guest curator. A range of public programs and educational activities will run concurrently with the exhibition, including a public conversation with the curators, lectures by some of the participating artists, film screenings, and performances.

Collection
Impossible Accomplishment or the power as addition of seductions 2
Re: definition of architectural project 2
Eu preciso estar seguro de você 1 (I need to be sure of you 1)