Where have all the bodies gone? 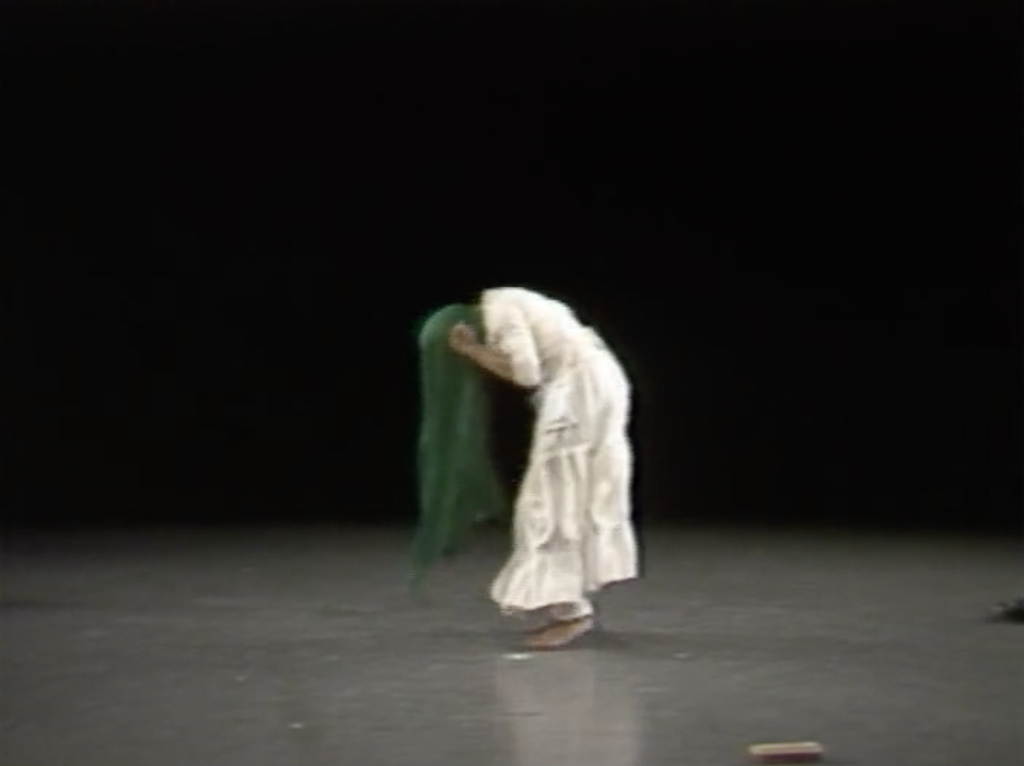 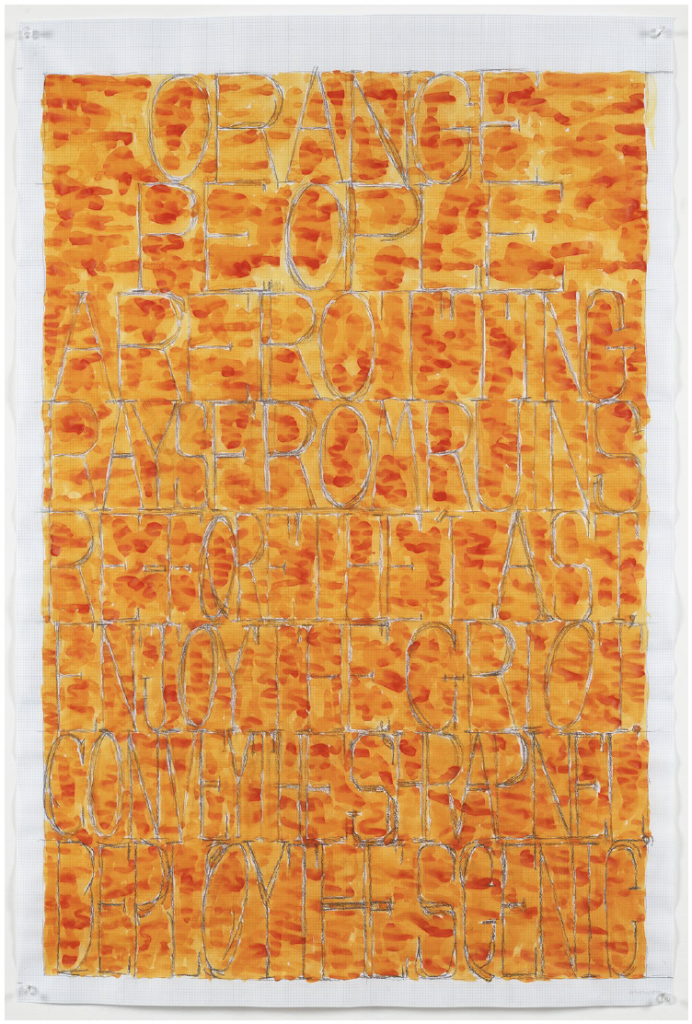 Where have all the bodies gone?
Sampada Aranke on Blondell Cummings and Pope.L

With a screening of Chicken Soup (16mins, 1983). Choreographed and danced by Blondell Cummings; text by Grace Paley and Pat Stein; music by Brian Eno, Meredith Monk, and Colin Walcott.

Vesseling, channeling, gesturing, moving. Telegraphing, articulating, hailing, framing. These are the activations at play between dancer/choreographer Blondell Cummings (1944–2014) and multimedia artist Pope.L (1955–). Cummings’s 1983 performance, which was designated a masterpiece by the National Endowment for the Arts in 2006, takes as its source material Cummings’s memories of her grandmother’s quotidian and gendered labor in the kitchen. Combined with her gestures and movement scores, Cummings offers an intervention that makes language its material. Mysteriously and implicitly, the piece conjures Pope.L’s text-based Skin Set works, themselves an annunciation of language’s gaps, internal logic, and external breakdowns. This talk moves from soup to skin, from things past to suspended; from energy channeling to taking the piss out of language. There are constellations that are under water, most of these are Black channels, Black language systems. They may seem nonsensical to some, but to others they tap into reserves of critique, if not futurity. This talk isn’t a translation. Instead, we’ll stay in the opaque modes of cloudy vision, partial gestures, and turns of phrase to offer a set of unsatisfying predictions.

This event is in conjunction with the exhibition If Not Apollo, the Breeze, on view through December 16. Special thanks to Jamal Davis and the family of Blondell Cummings, and the Jerome Robbins Dance Division of The New York Public Library.

Sampada Aranke (PhD, Performance Studies) is an Assistant Professor in the Art History, Theory, Criticism Department at the School of the Art Institute of Chicago. Her research interests include performance theories of embodiment, visual culture, and black cultural and aesthetic theory. Her work has been published in e-flux, Artforum, Art Journal, Equid Novi: African Journalism Studies, and Trans-Scripts: An Interdisciplinary Online Journal in the Humanities and Social Sciences at UC Irvine and featured in invited talks at the Tate Modern, Portland Institute for Contemporary Art, Cranbrook Academy, and UC Davis Art Museum. She has written catalogue essays for Sadie Barnette, Kambui Olujimi, and Zachary Fabri and is currently working on a book manuscript entitled Death’s Futurity: The Visual Culture of Death in Black Radical Politics.

Blondell Cummings (b. 1944, Effingham, South Carolina; d. 2014, New York) was a modern dancer and choreographer who mined everyday experiences like washing, cooking, and building to create deeply personal and moving works. Born in South Carolina and raised in New York City, Cummings earned a bachelor’s degree in dance and education from New York University and an MFA from Lehman College before studying with Thelma Hill and Martha Graham. She began her career as an original member of the House, the company founded by Meredith Monk in 1968, and later oversaw her own ensemble and taught widely. Cummings’s most famous work is the solo screened this evening, rooted in childhood memories of her grandmother at work in the kitchen. It was designated as an American masterpiece by the National Endowment for the Arts in 2006.

Pope.L (b. 1955, New Jersey) is a visual and performance-theater artist and educator who makes culture out of contraries and confronts issues of race, sex, power, consumerism, and social class. Among his best-known works are the “crawls,” a series of performances staged since 1978, in which he inches his way through busy city streets on his belly, back, hands, and knees in an attempt to draw attention to the plight of those members of society who are least empowered. He has been making multi-disciplinary works since the 1970s, and has exhibited internationally. He lives and works in Chicago.

Where have all the bodies gone?
Sampada Aranke on Blondell Cummings and Pope.L