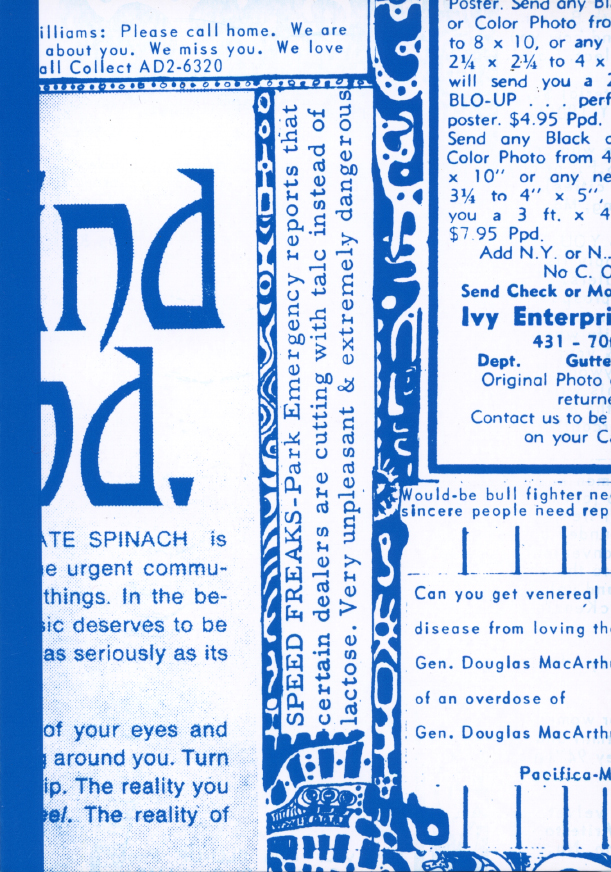 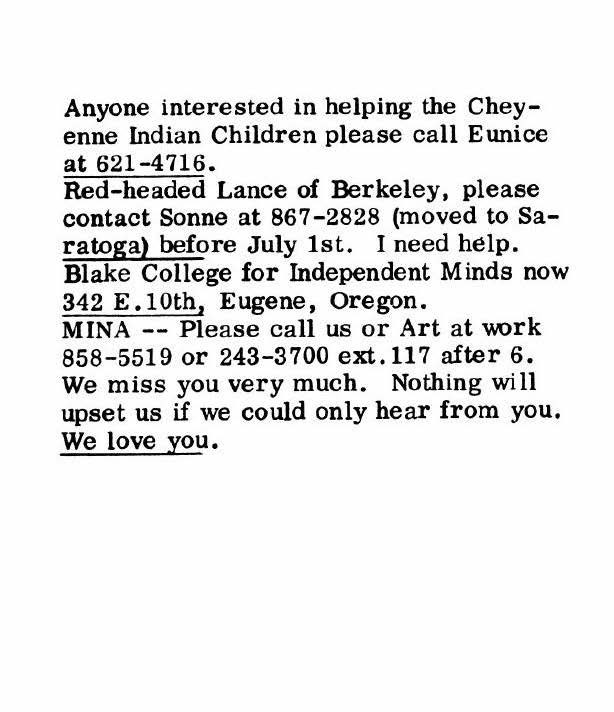 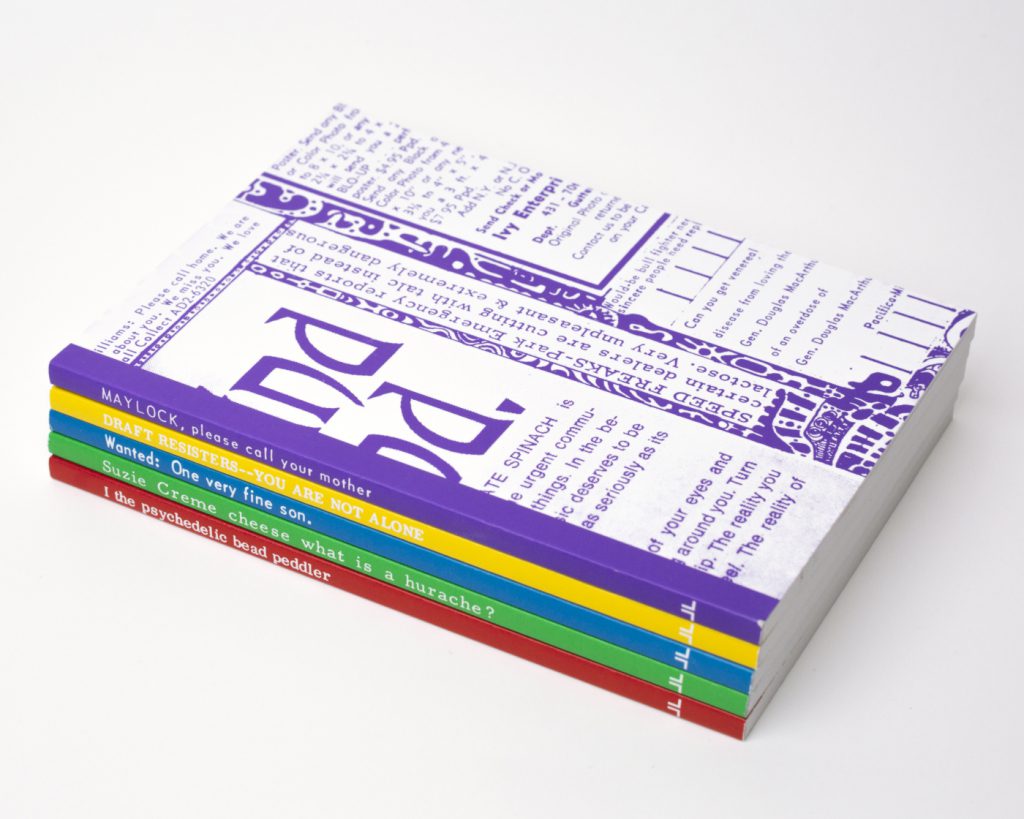 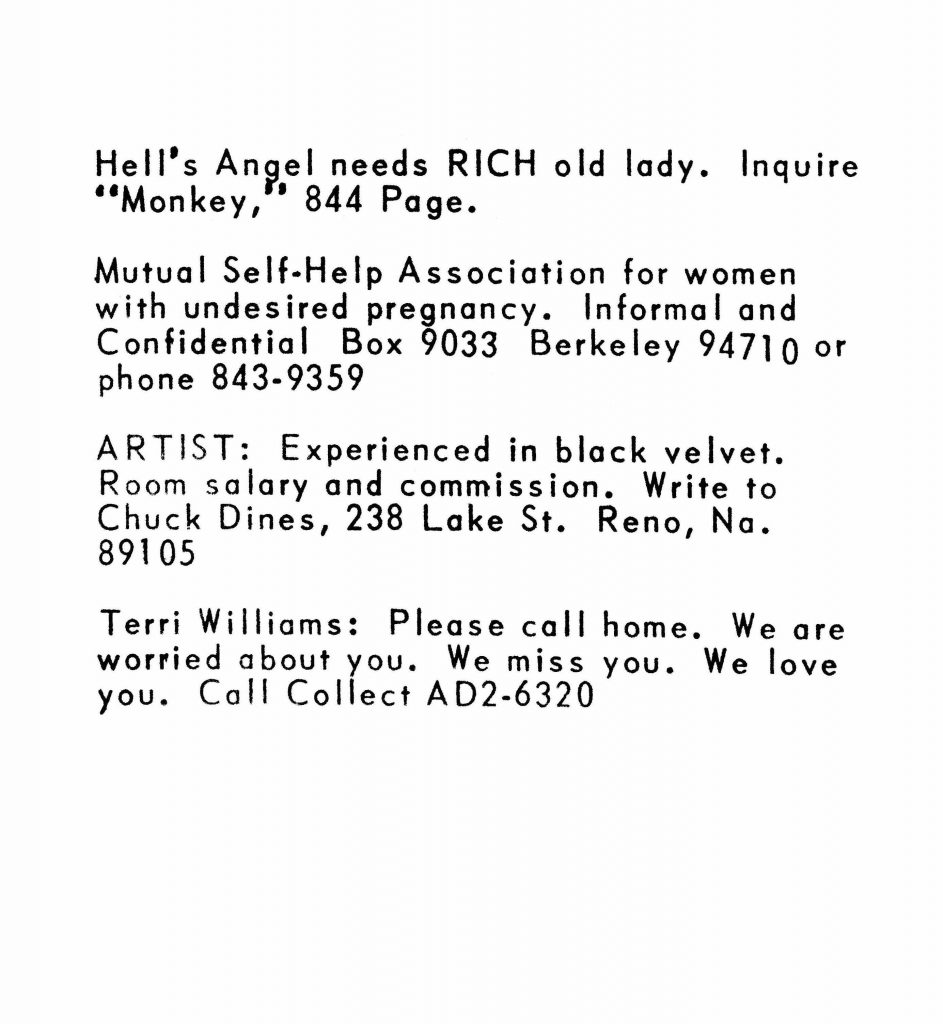 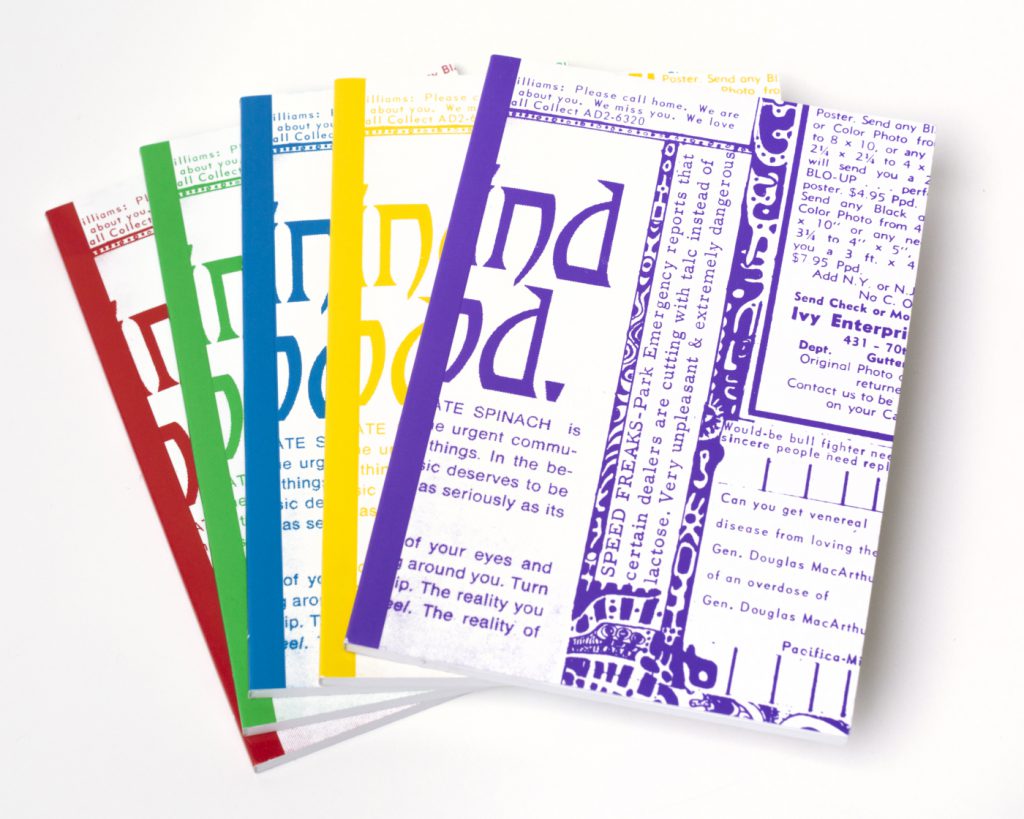 San Francisco Oracle was a countercultural newspaper published in the city’s bustling Haight Ashbury neighborhood from September 1966 to February 1968, bookending the iconic “Summer of Love.” In 12 issues combining poetry, spirituality and speculation with revolutionary rainbow inking effects, the Oracle reached well beyond the Bay Area and spoke to a radical new American ethos.

Where To Score presents not the candy-colored prophecies of various gurus, but a quieter, more revealing corner of the paper—its classified section. There, surrounded by advertisements for drummers, carpenters and head shops, are the desperate pleas of parents seeking wayward children. “Will you trust me enough to call collect and let me know you’re alright?” Elsewhere, beat poet Michael McClure needs a harp and the Sexual Freedom League is hungry for recruits. The diminutive entries speak volumes to the times, showcasing an honest, immediate and lesser-known chapter in the era’s history.

Where To Score is published on the occasion of If Not Apollo, the Breeze, an exhibition at KADIST, San Francisco. For more information or to purchase, please go to Artbook.com.