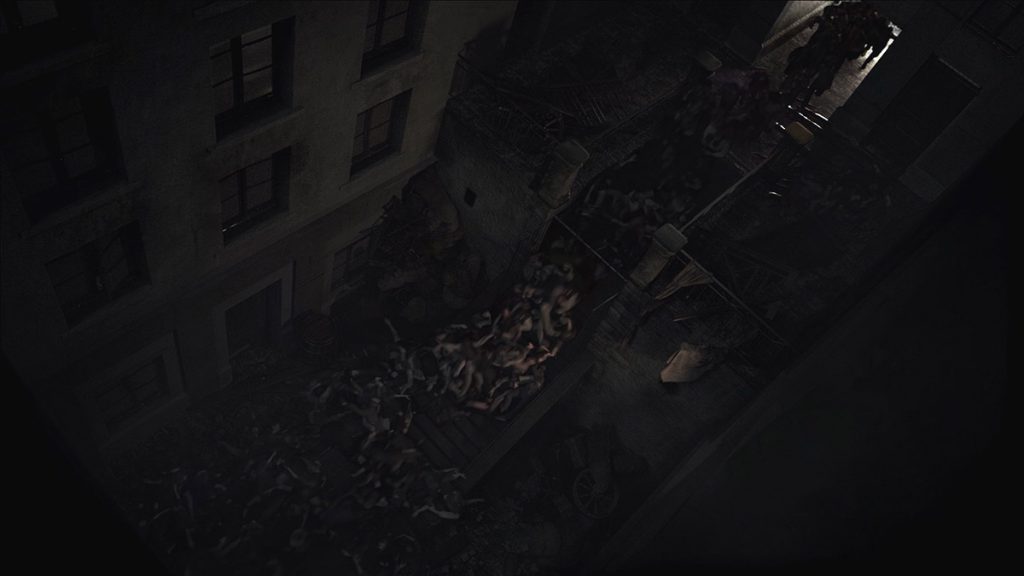 -In which predicting its past it lives working and dies fighting-

Fifth episode of The Unmanned, “La Mémoire de Masse” unfolds during the second Canuts revolts in Lyon in 1834. These riots now known as the ‘bloody week’ came as a reaction to the automation of work in the silk industry by the Jacquard Loom and its implementation of the punched card – first historical ‘mass storage’ system allowing
the inscription and replication of complex weaving patterns. This inaugurating event
in the history of workers emancipation movements of the 19th century is actually the first revolt against modern computation. Fully computer-generated, the riot sequence that splits the film in two parts operates a reversal of history by transforming a revolt against the algorithm into an algorithm of revolt.

This artwork is licensed by KADIST for its programs, and is not part of the KADIST collection.