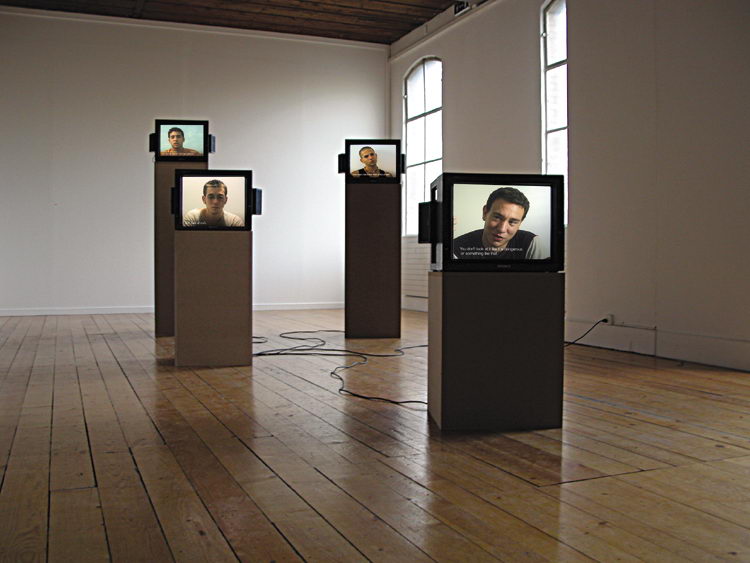 In this work, Omer Fast probes the feelings experienced by young people involved in an acts of war. Four monitors installed in the form a chariot of war relay the words and faces of four young Israeli soldiers. The installation shows a young generation confronted by the reality of danger, whether being attacked or facing death. The external situation of war lies is in parallel with their inner thoughts of the soldiers who fear a possibility of error in their actions. The intensity of the situation is not revealed by disaster shots nor depictions of ruins, but rather is revealed through their expressions. Omer Fast questions the words used to translate this experience by tweaking lightly the subtitles of their testimonies, and therefore creates a shift of meaning and implied subtext.

In his videos and installations, Omer Fast links and merges personal stories, collective history reality and fiction as well as experience and one's making of it. Fast is interested in different types of discourse carried out in contemporary political and social events. In the work CNN concatenated (2002), for instance, an American journalist's speech is modified to deliver a different meaning. Omer Fast was born in 1972 in Jerusalem, Israel. He lives and works in Berlin.
Biography
Omer Fast
Born 1972, Israel
Details
Video Installation
Related
Omer Fast, Paris