Ryan Gander
A vehicle with no Lights 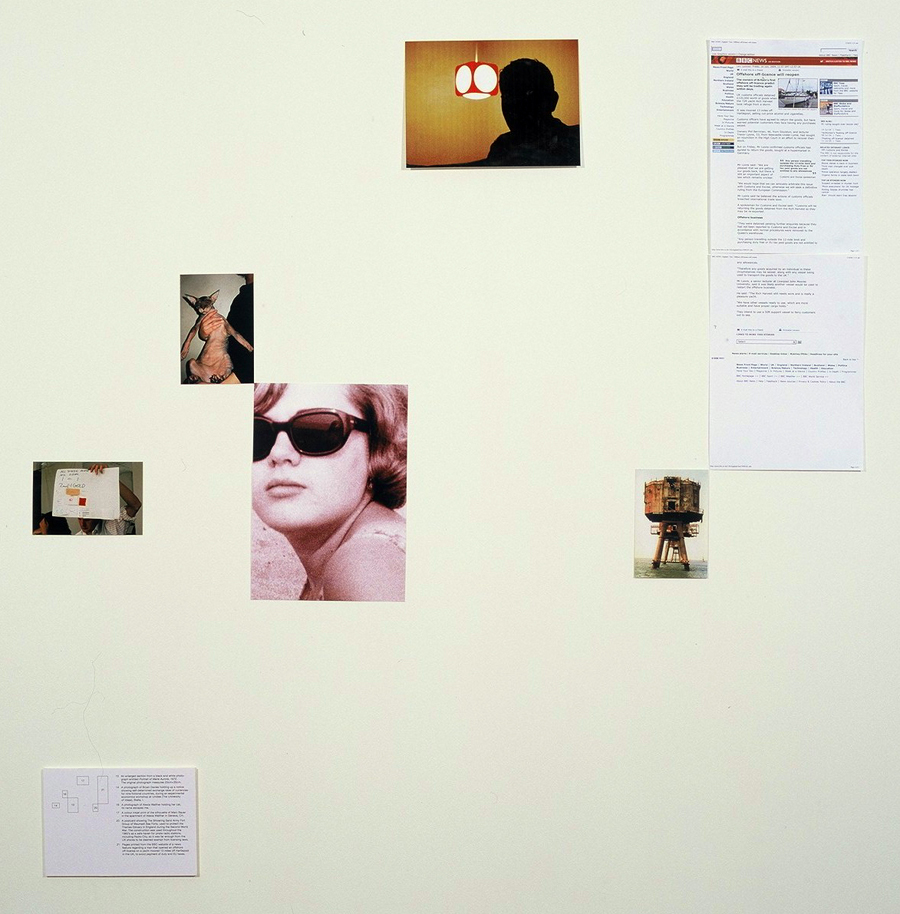 A vehicle without light is a group of more personal photographs. This includes an image of a pirate radio in the 1960s, a story from the BBC website and the photo of Mary Aurore. Mary Aurore, is in fact a character he invented whose identity is impossible to determine but who appears in various works. Each photograph contributes to a cartography of clues. Each title also builds on the associations and complementaries between the works.

Ryan Gander’s practice explores what-ifs, questioning the structural limits and rules of society and being. His work, which ranges from installations, sculptures and photographs, to performative lectures, publications, inventions and intervention, looks at the production of art and culture, to enquire into the processes through which art is perceived and valued. The spirit of his practice centers on development, education, and storytelling, hoping to evoke immediate and honest engagements by the viewer with his narratives. Gander is a collector. His studio is filled with found images, personal images, printed documents and newspaper clippings.
Biography
Ryan Gander
Born 1976, UK
Lives in London, Suffolk
Details
120 x 120 cm
Collage
Related
A Guest Without A Host Is A Ghost, International
It's a right Heath Robinson affair, by Ryan Gander, Paris
The backroom, Paris
Ryan Gander's On Honesty hosted by Joseph del Pesco, San Francisco