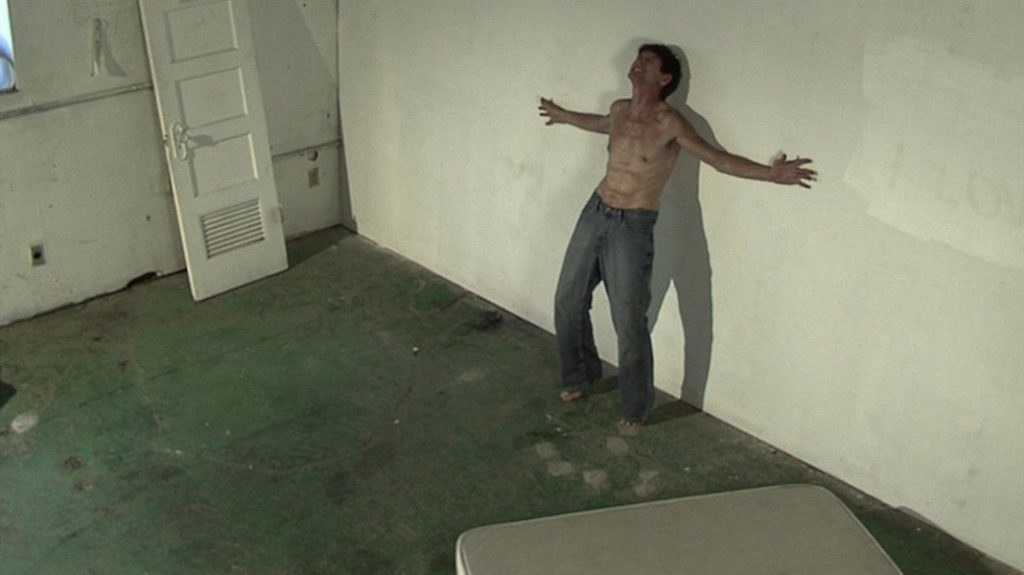 Acting Exercise: Demon Possession is a video by Miljohn Ruperto that addresses notions of performativity, the self, and collective truth. Set in an empty, derelict room with nothing but an old mattress on the floor, the film features a series of actors independently performing a demonic possession, or at least their interpretation of what one would look like. Although each reenactment is slightly different, actor after actor, the viewer is confronted with a common thread: a near archetypal response that binds them all together. Hysterical laughter, a sinister voice, sudden movements, exaltation, moaning, pain, difficulty breathing and speaking, loss of the self—all form part of the satanic repertoire, and point towards our shared perception of the fictitious concept. Implicit in Ruperto’s acting exercise is a questioning of the notion of ‘objective truth’ set in contrast with the consensus of an agreed, subjective truth that we have socially constructed, and which we collectively share.

Based in Los Angeles, Miljohn Ruperto is a cross-disciplinary artist working across photography, cinema, performance, and digital animation. His work refers to historical and anecdotal occurrences, and speculates on the nature of assumed facts and the construction of truth. Often involving replicas, modified versions, and enactments—including Chinese-made reproductions of Caspar David Friedrich's ‘The Monk by the Sea;’ modified images based on the 15th century Voynich Manuscript; or reworked footage of Filipino actress Isabel Rosario Cooper—Ruperto takes cultural and historical references and untethers them from their original context to challenge our perception and generate something altogether new. Ruperto’s work is often informed by his collaborations with experts from other disciplines including Dutch animator Aimée de Jongh, neuroscientist and engineer Rajan Bhattacharyya, photographer Ulrik Heltoft among others. Through a richness and diversity of lenses, and preferencing the obscure, mysterious and the magical, his work challenges fixed conceptions of truth and history, and instead speaks of an indeterminacy and subjectivity of experience that renders truth and fiction near indistinguishable.
Biography
Miljohn Ruperto
Born 1971, Philippines
Lives in Los Angeles
Details
43:37 minutes
Single-channel, color, sound
KADIST VIDEO LIBRARY
Login to watch video
Related