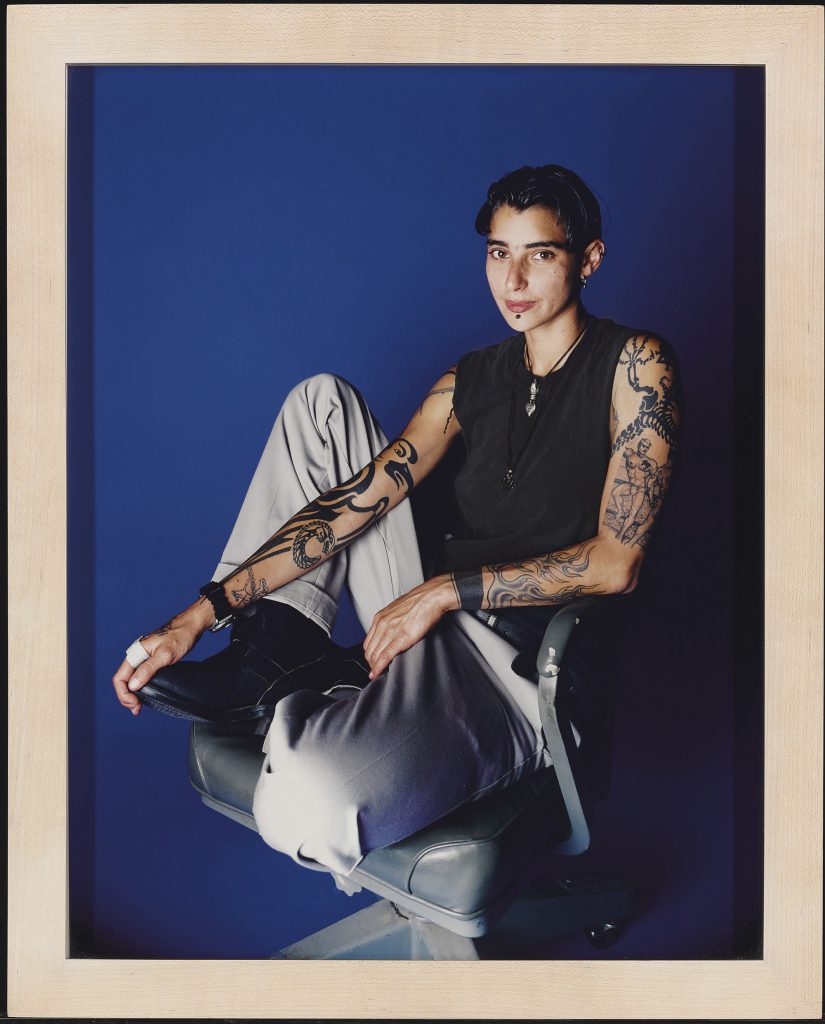 Alistair Fate (1994) depicts, presumably, a member of the LGBT community. Catherine Opie is known for her portraits of LGBT, queer, and outsider people; she intends them to come off not as shocking or different, but as human despite their deviance from societal norms. This image is one of several works by Opie in the Kadist Collection that show marginalized people, filtered through the artist’s signature appropriation of formal and classical portraiture in the interest of both documentation and reframing.