Pascual Sisto
All Watched Over by Machines of Loving Grace 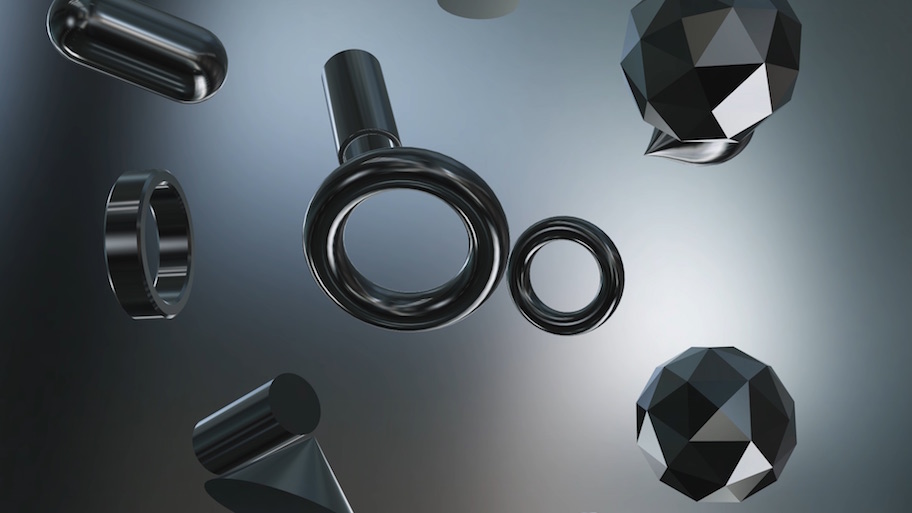 Pascual Sisto, All Watched Over by Machines of Loving Grace, 2013 (still)

All Watched Over by Machines of Loving Grace takes its title from a 1967 poem by American writer Richard Brautigan, which describes a utopian future where computers are in harmony with and protective of mankind and nature, performing all the necessary work while we retreat back towards nature. In Sisto’s work, a computer generated voice recites Brautigan’s poem while a series of digitally rendered 3D objects with a sleek, mirrored finish, float weightlessly across the screen. Sisto’s work also shares its title with the 2011 BBC documentary series by filmmaker Adam Curtis, which has the view that computers have failed in their task of liberating humanity and have instead created a simplified and distorted world around us. In contrast to Sisto’s version where a robotic voice recites the poem in Curtis’ series the voice we hear is Brautigan himself, and the footage—bears in the wild, people in the nude, sunlight piercing through trees—is almost the opposite of Sisto’s synthetic environs. Adding a layer of complexity, the music in Sisto’s work is also generated by a complex computer algorithm developed by David Cope, a musician and scientist who spent over 30 years of his life teaching machines how to write music.  Considering multiple expressions across recent decades, and specifically, through the lenses of Brautigan, Curtis, and even Cope—Sisto’s work is a meditation on our complex relationship with technology and the affective dimension of artificial intelligence.

Artist and filmmaker Pascual Sisto is known for creating works that reimagine the mundane as captivating alternate realities. Although he works across media (including video, film, sculpture and installation), most recently, Sisto has produced a series of films and video works that use visual effects, animation, and other forms of digital interventions as a means to explore the metaphysical dimension of the virtual world. Often by repurposing information gathered from multiple sources—such as footage from the internet, his own video archive, computer animation, and even data mined by algorithms—Sisto creates synthetic, new environments that exist in parallel to ‘real’ space, or what we understand as such. These alternate spaces allow him to explore the digital realm an expression of our consciousness as well as how we physically and emotionally relate to technology and forms of artificial intelligence. Although the subjects, objects and landscapes we see across his work are recognisable—like a group of domestic fans blowing wind into the desert, or digitally rendered objects like a can of paint, a watch, or a hand grenade floating in virtual space—Sisto strips them of their ordinary purpose, dislocating order and function to create what he describes as ‘moments of transition.’  From the physical to the abstracted, Sisto shows us liminal space, a sort of limbo between the real and the virtual; between presence and representation; between the imagined and the concrete.
Biography
Pascual Sisto
Born 1975, Spain
Details
1:58 minutes
Computer generated imagery, color, sound
KADIST VIDEO LIBRARY
Login to watch video
Related