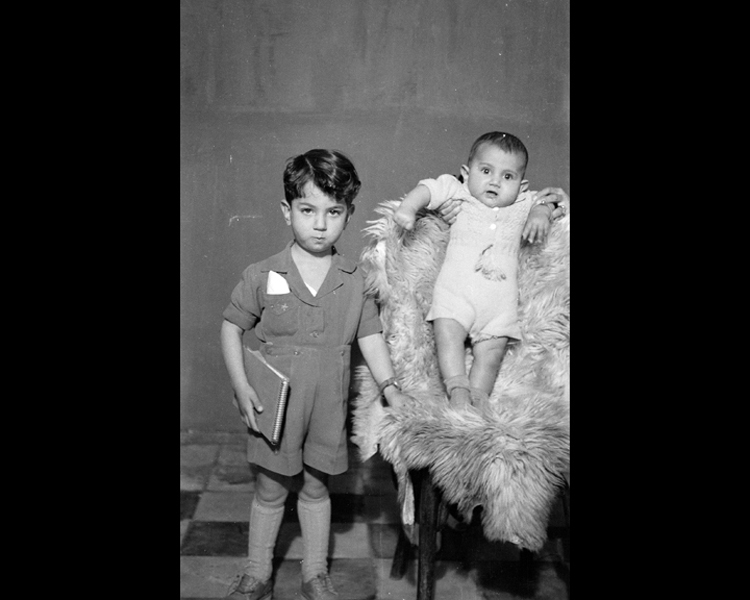 “While taking the picture it was challenging to make the boys sit properly without moving. Sometimes a member of the family whould hide behind, holding the child.” Hashem El Madani.
Hashem El Madani, a studio photographer in Saida, began working in 1948. Like all studio photographers his subjects came to him. The studio was a constant flux of visitors. It was perceived as a safe haven, where the subjects of his photographs could act out their fantasies within the conventional format of portrait photography.
Madani records the poses, clothes and behaviour of his clients reflecting the social and political context in which they lived as well as the norms and the taboos. He portrays anonymous personages, people who normally fall below the radar of public interest.