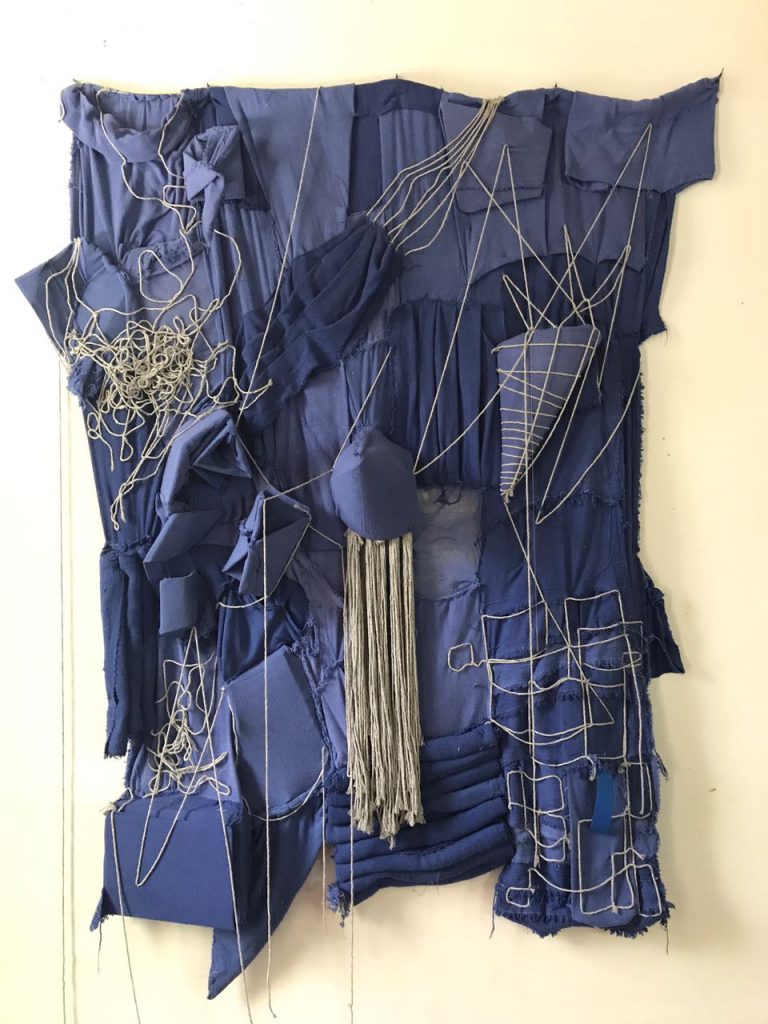 Anonymous consists of a series of fabric-based forms, over which rope has been arranged in varying textures and patterns. Visually, the work evades more complex descriptions, demanding a separate set of conventions to describe its semi-textural, semi-sculptural surface. Lima’s principle of demanding alternative descriptive conventions and exploring the experiential dimension of interacting with her work is fully visible in Anonymous, which is in many ways best qualified, in its sheer variety of shapes and textures, by its title.

Multidisciplinary Brazilian artist Laura Lima’s work attempts to excavate a set of self-defined concepts that she uses to describe her practice, indicative of her overall attempt to unsettle extant conceptual frameworks in favor of more productive re-territorializations. Her best-known body of work performatively examines the human body’s behavior in the face of stressful situations. This type of work signals Lima’s treatment of the social body as a sculptural form, a tradition she inherits from the Brazilian Neo-Concrete movement. Her work is often centered around encounters with the audience, dismantling expectations in order to create an impetus for a new experiential vernacular.
Biography
Laura Lima
Born 1971, Brazil
Lives in Rio de Janeiro
Details
215 x 150 cm.
cotton fabric and strings
Related