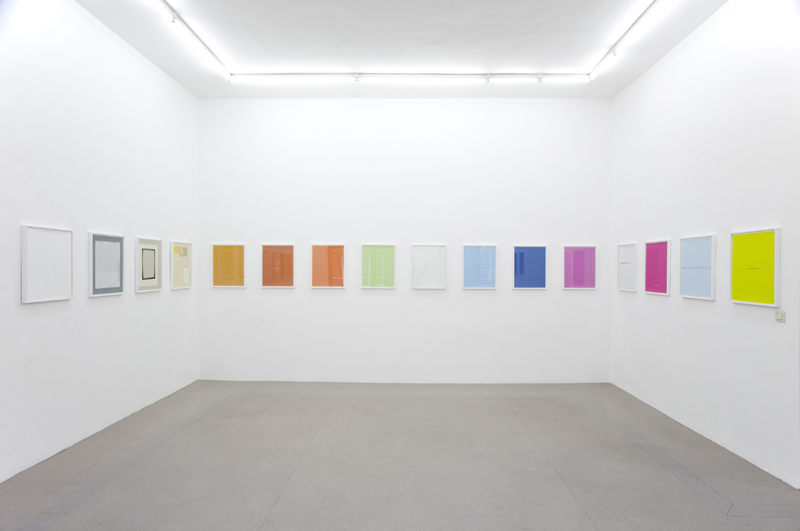 “The Lebanese wars of the past three decades affected Lebanon’s residents physically and psychologically: from the hundred thousand plus who were killed; to the two hundred thousand plus who were wounded; to the million plus who were displaced; to the even more who were psychologically traumatized. Needless to say, the wars also affected Lebanese cities, buildings and institutions. It is clear to me today that these wars also affected colours, lines, shapes and forms. Some of these were affected in a material way and, like burned books or razed monuments, are physically destroyed and lost forever. Others, like looted treasure or politically compromised artworks, remain physically intact but are removed from view, possibly never to be seen again. And yet other colours, lines, shapes and forms, sensing the forthcoming danger, deploy defensive measures: they hide, take refuge, hibernate, camouflage and dissimulate. I expected them to do so in the artworks of past artists. I thought their paintings, sculptures, films, photographs, and drawings would be their most hospitable hosts. I was wrong. Instead, colours, lines, shapes and forms took refuge in unexpected places. They hid in Roman and Arabic letters and numbers; in circles, rectangles and squares; in yellow, blue and green. They dissimulated as typefaces, covers, titles and indexes; as the graphi  lines and footnotes of books; they camouflaged as letters, price lists, dissertations and catalogues; as diagrams and budgets. They hibernated not in, but around artworks.” Walid Raad in “Miraculous Beginnings”, Whitechapel Gallery, London, 2010, p.94.