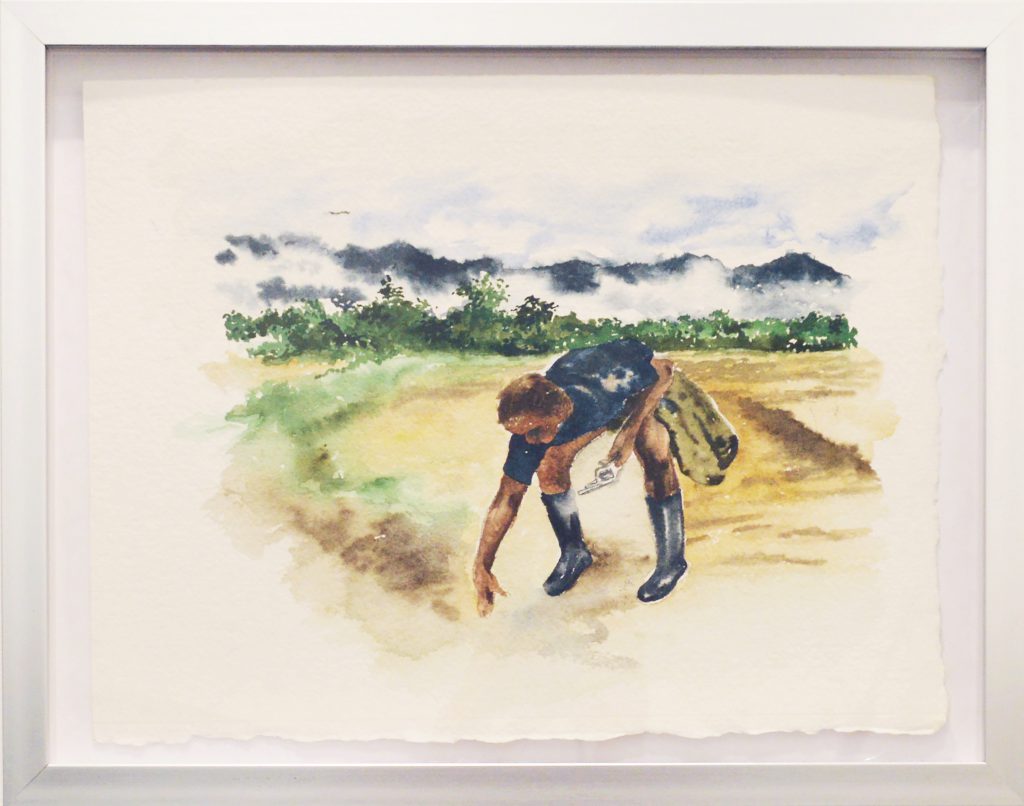 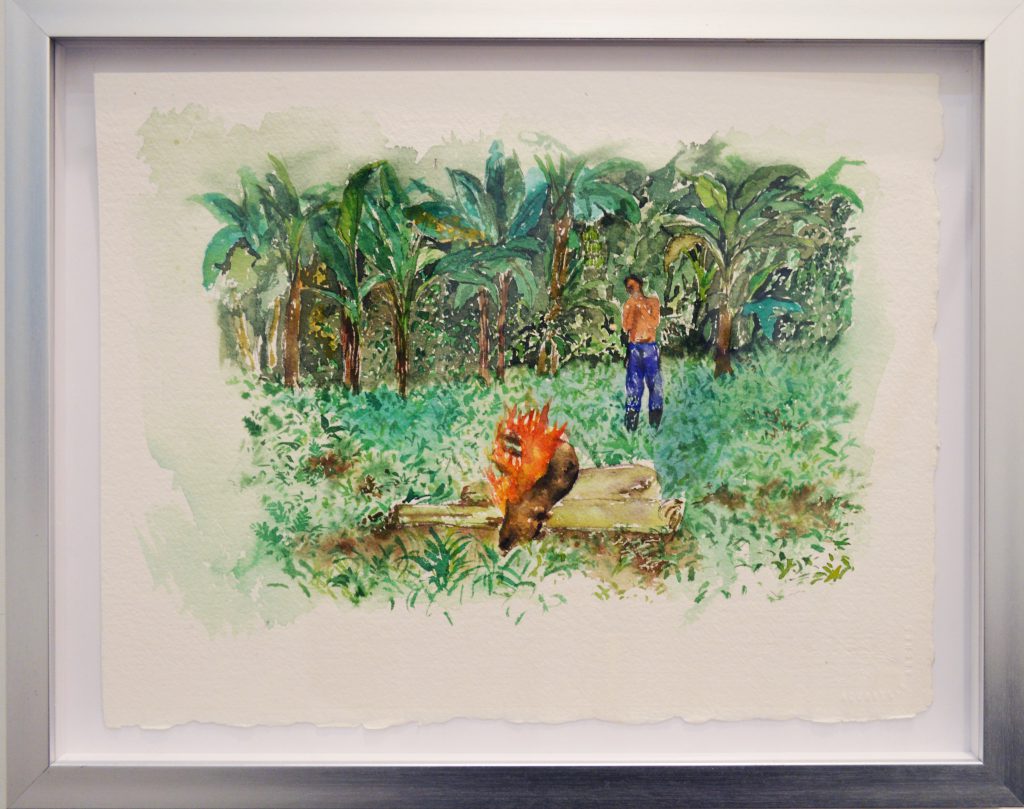 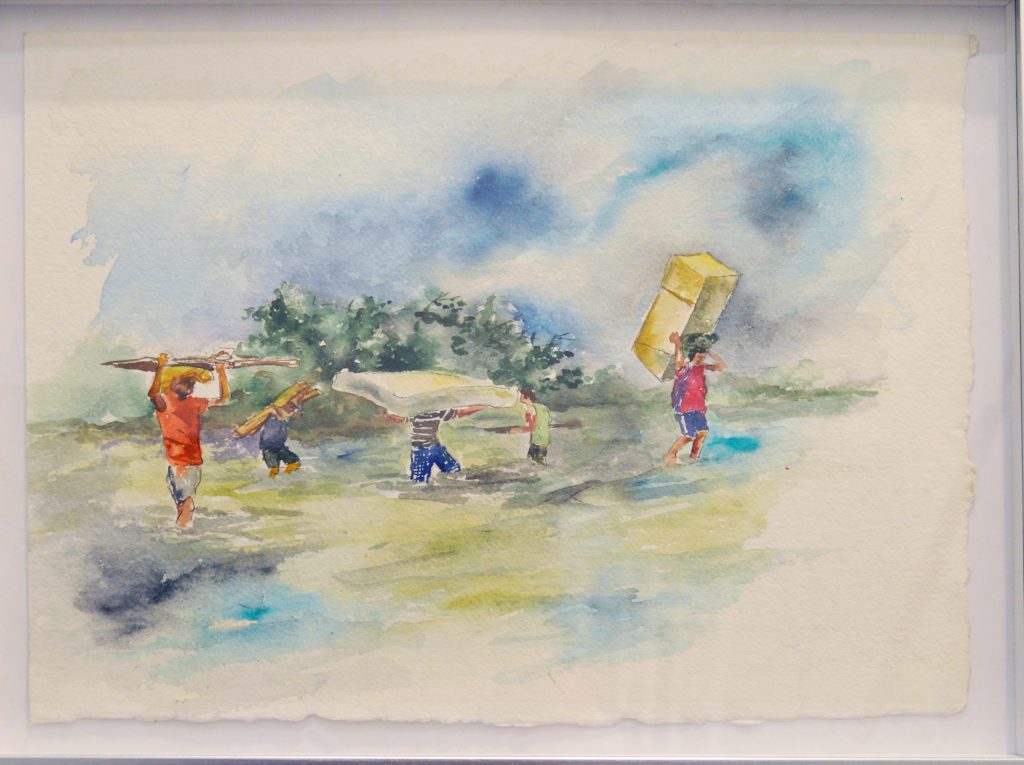 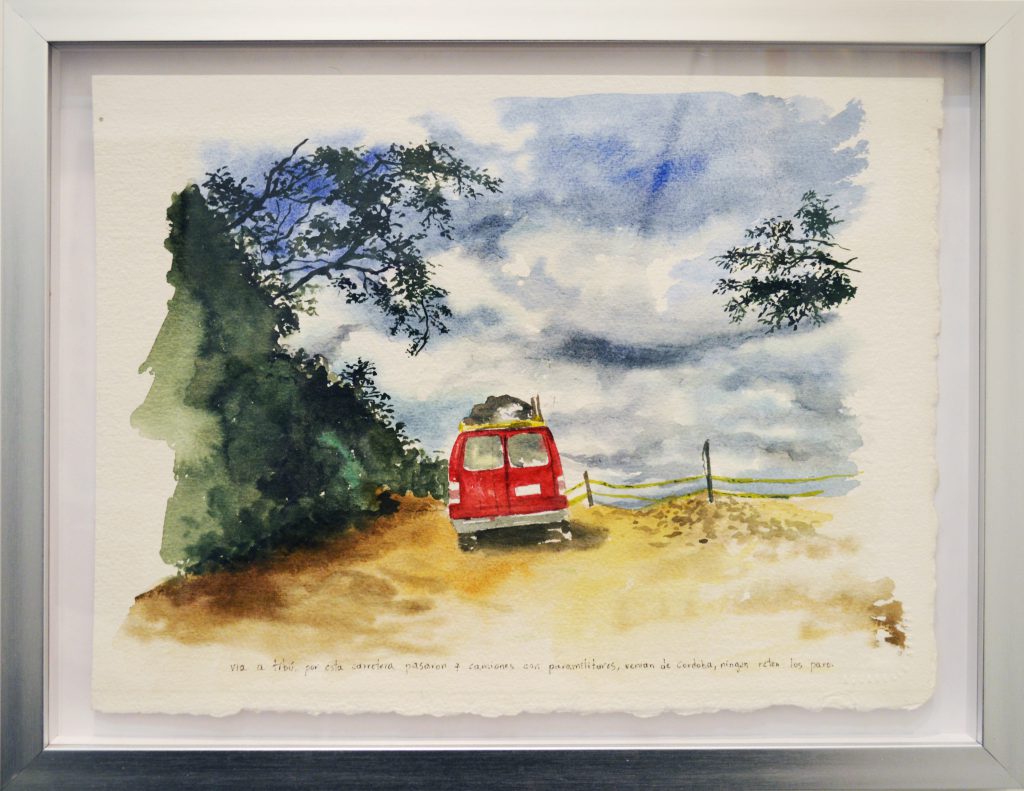 A rich and isolated region, El Catacumbo is located near the border with Venezuela. Different groups fighting over its gold, its oil, and more recently, narcotic plantations have exploited it over the years, provoking massacres, displacement, and migrations amongst its native populations. For an extended period of time, Nohemí Pérez has collected different sorts of visual documents such as press images and school books that are at the core of her imagery, and that operate as an active register of the convoluted history of her native region. Pérez’s skillful and eloquent watercolors, Apuntes para panorama Catacumbo, testify to these aspects of Colombia’s history that have been veiled by other equally pressing political issues. They also act as sketches for Panorama Catacumbo, a series of large-scale carbon drawings on canvas that reference 19th-century panoramas. By creating a kind of environment, the series evidences the colonial take behind a spectacular and exotic vision of the so-called New World at the heart of which she camouflages contemporary scenes of war and violence, as the ones represented in her Apuntes.

Nohemí Pérez speaks about her pictorial practice as being born out of the necessity of preserving a landscape that has been affected by war. Coming from a region that was deeply touched by the Colombian armed conflict (El Catacumbo) her works deal with the inscription of violence in bodies and nature. Be it that she catalogues endangered tree species, or that she portrays the ravaged Colombian territory to preserve it in a mnemonic act, the complex relationship between human ambition and nature’s depletion seeps to the surface of Pérez’s drawings and paintings with a rare strength and sensitivity.
Biography
Nohemí Pérez
Born 1962, Tibú, Colombia
Lives in Bogotá
Details
28 x 38 cm.
Watercolor on paper
Related