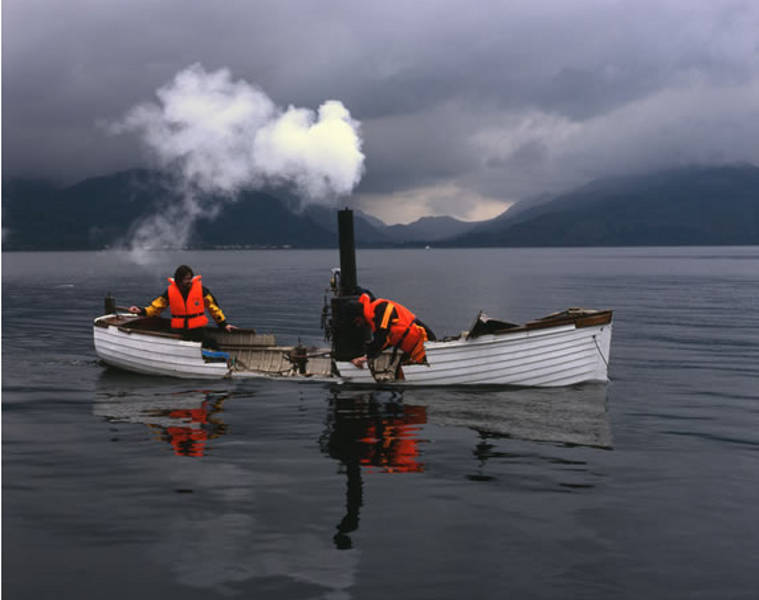 Starling conceived Autoxylopyrocycloboros as a process-based work in which a small wooden steam powered boat ‘Dignity’ – reclaimed from the bottom of Lake Windermere (the largest natural lake in England.) – was steadily sawn up and fed into the boiler which powers the boat on its cyclical journey upon Loch Long, Scotland.Through a process of auto-destruction, the boat finally sank and was returned to the bottom of Loch Long.

The slide show that results seems as dated as the technology of the steam engine. Forming a continuous loop, it shows a this entropic trip as an endless destructive cycle, just like the image of the Ouroboros, “snake eating its tail” , which exists in many world mythologies and which is, at the same time, a symbol autophagous self-destruction and of renewal.