Orion Shepherd
Ballad of the Unabomber Part I 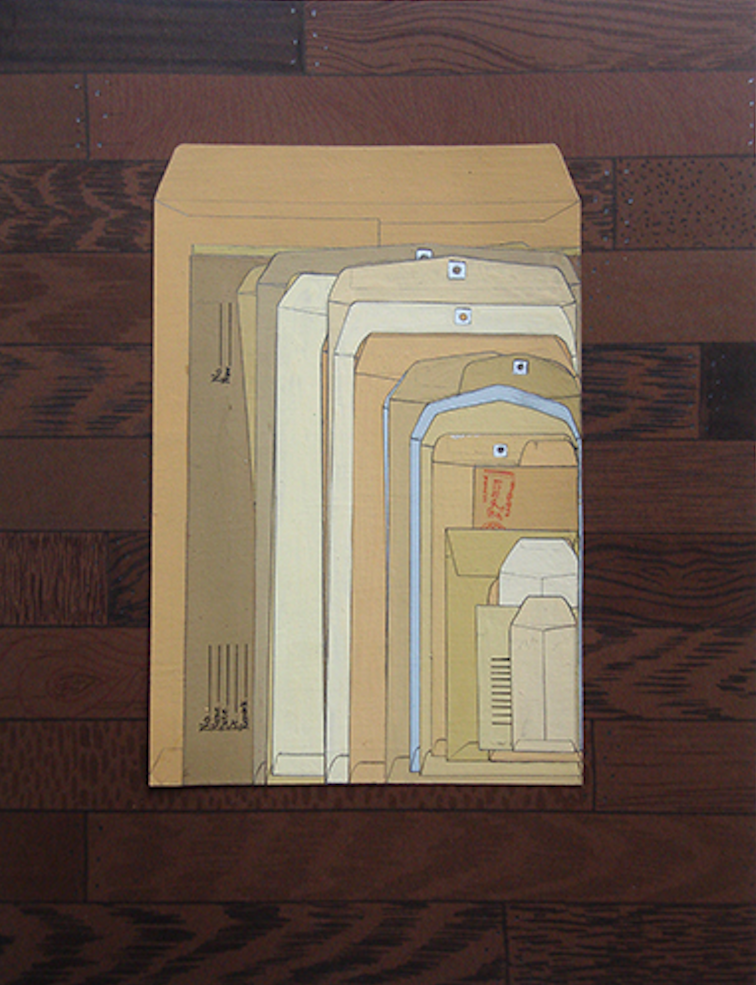 Orion Shepherd, Ballad of the Unabomber Part I, 2010

Ballad of the Unabomber Part I is a painting by Orion Shepherd that features several manila folders stacked in order according to their size, resting atop a grainy hardwood pattern. The painting refers to Theodore John Kaczynski, most commonly known as the Unabomber, and depicts the seemingly innocuous manila envelopes, which through his hands became fatal explosive weapons. Despite the deplorable actions that earned Kaczynski a life sentence, the manifesto that he demanded to be published has been regarded by many as a sane and highly intelligent work, correct in several of his ideas. At the core, Kaczynski’s message was to retreat back to nature and wildlife, and Shepherd’s work considers these threads: how a man of clear intelligence and a deep appreciation for the natural world was able to enact such atrocities against other human beings. The depiction of the folders over a wooden background continues Shepherd’s interest in everyday, mundane objects and their limitless potential to enact the good as well as the deplorable through our hands.

Orion Shepherd is a Los Angeles based artist working across drawing, collage, painting and sculpture. From an early age he was interested in musical and artistic subcultures—DIY, hardcore, punk, graffiti and surf culture among them—and was influenced by both outsider figures like artist and graffiti writer Ruby Neri and surf artist Steve Baldi, as well as by major artists such as Vija Celmins whose work is similarly of an observational nature. Shepherd’s practice is rooted in collecting, both objects and images, from the everyday: from items he finds in the beach to ornate frames rescued from thrift stores. The ocean and the everyday are also prominent in his work. Through restrained means, Shepherd earnestly incorporates his personal experience into his work, conflating and appropriating elements from the subcultures and practices that surround him, and highlighting artistry in unexpected places.
Biography
Orion Shepherd
Born 1984
Details
11 x 8 1/2 inches
Gouache, latex, acrylic, graphite, ink on paper
Related