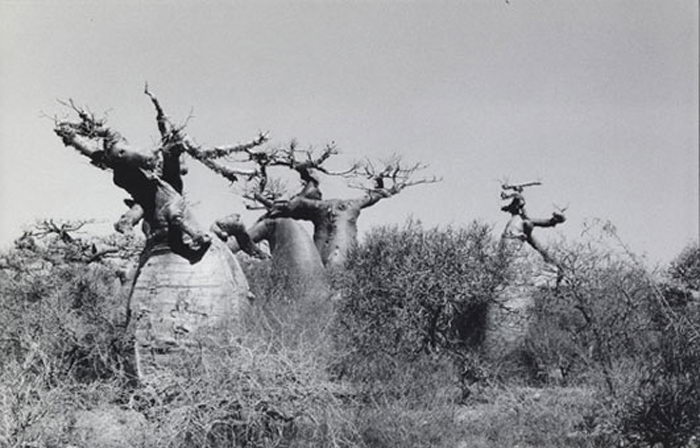 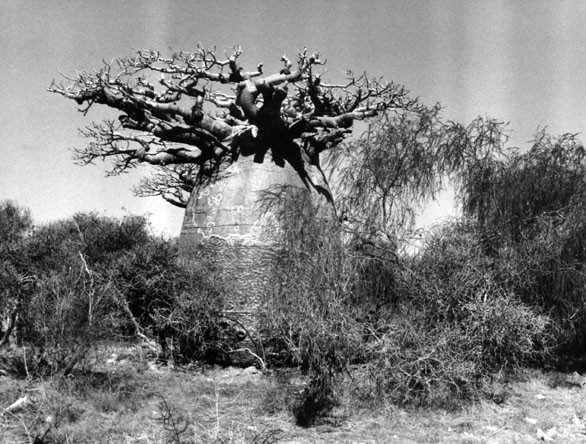 The photographic quality of the film Baobab is not only the result of a highly sophisticated use of black and white and light, but also of the way in which each tree is characterized as an individual, creating in the end a series of portraits. The monumental and unnatural aspect of the baobabs turns them into strange and anthropomorphic personalities. Adding to the descriptive aspect of the film, the sound is a recording of the environment, of sounds made by animals, and participates in this peaceful contemplation. The still, almost fossilized aspect of the landscape makes it look majestic and eternal.

Although Tacita Dean works with all kinds of media, her 16mm films are probably among her most well-known works. While they deal with the specificities of the medium - like the notions of time and narrative, through the use of still shots - the aesthetic quality of her films remind of photography or painting (maybe because she had studied painting in school). Memories and atmospheres are conveyed through sensual images, colors and light.
In her work, Tacita Dean relates the past to the present, often creating a certain melancholy: the artist focuses on stories, characters or architectural relics, and questions the notion of narrative by using both documentary and fiction devices.
Tacita Dean was born in Canterbury, UK, in 1965. She lives and works in Berlin.