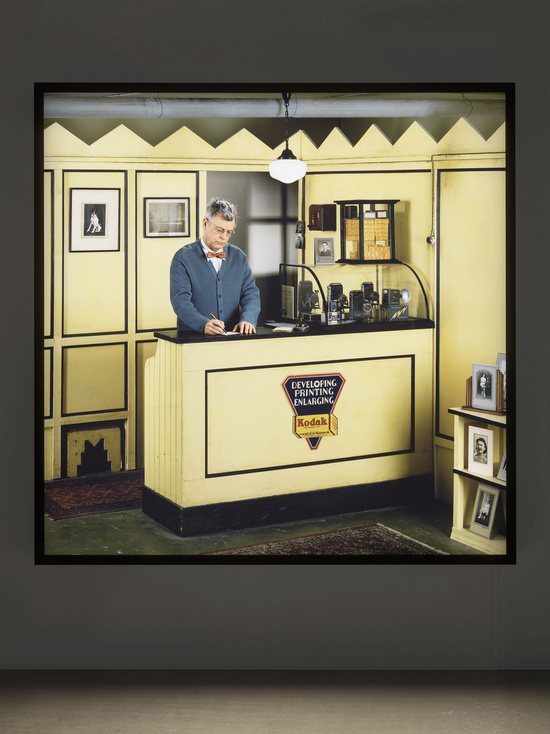 Basement Camera Shop circa 1937 (2011) is part of a series of photographic self-portraits in which Rodney Graham plays a host of characters. In the series as a whole, Graham makes the case that identity is performed. Here, we see the artist behind a shop desk lined with early cameras and boxes of Kodak film. As the buttoned-up clerk scrawls a note, the ragged upper edge of the stage set is clearly visible above him. The scene’s self-referential, transparent artifice insists that photography itself is also about performance, and that the medium’s potential to generate vivid fictions might be more interesting than its historical role as a supposed conveyor of objective reality.