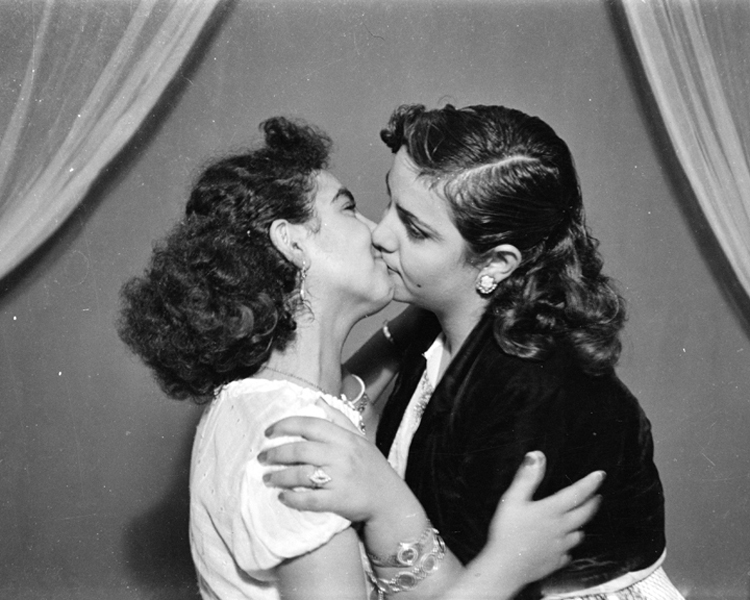 “Films inspired people a lot. they came to perform kissing in front of a camera. In a conservative society such as Saida, people were willing to play the kiss between two people of the same sex, but very rarely between a man and a woman.I remember only one couple who came to the studio and kissed in front of the camera, and they were not married. The rest of them were people of the same sex. One of them plays the woman, while the other plays the man.” Hashem El Madani.
Hashem El Madani, a studio photographer in Saida, began working in 1948. Like all studio photographers his subjects came to him. The studio was a constant flux of visitors. It was perceived as a safe haven, where the subjects of his photographs could act out their fantasies within the conventional format of portrait photography.
Madani records the poses, clothes and behaviour of his clients reflecting the social and political context in which they lived as well as the norms and the taboos. He portrays anonymous personages, people who normally fall below the radar of public interest.