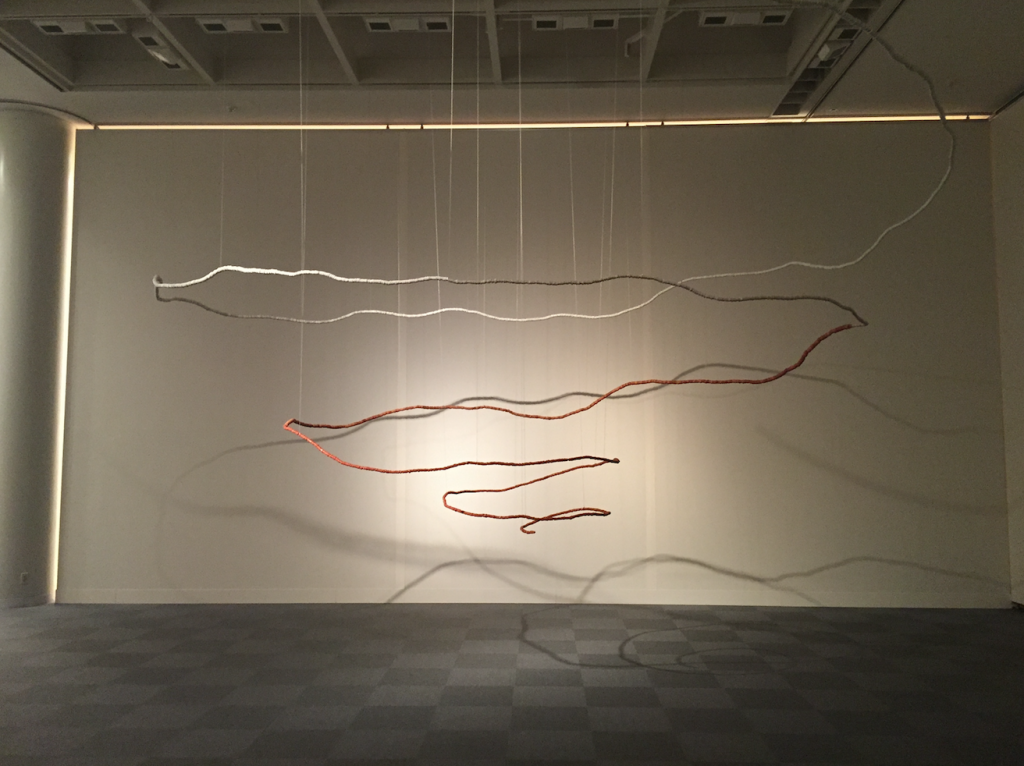 Following her family’s political exile to Australia in 1990, Havini began to document her journey’s home to the north of Buka Island, in the Autonomous Region of Bougainville. Reflecting on the still visible aftermath of conflict and changing economic factors, Havini creates traditional beroana or shell money from extracted earth materials only found on Solomon islands like Bougainville. Havini’s whirling assemblage of ceramic discs emulate the strings of shell money (still valid around the Pacific as system of payments) to examine the economic changes that occurred in her homeland.

Additionally, the beroana are stored in marae tsuhana, sacred storage vessels, suspended high in secret keeping places. The freely suspended, copious lengths of beroana that Havini has created resonate with the Indigenous Bougainvillean conceptions of land and water spaces as the sacred skin of the people. She invites the viewer to access the sacred space enveloping and protecting Indigenous knowledges in the form of the beroana. In so doing, Havini alludes to unbridled possibility in the years to come for Bougainville, and for all Indigenous peoples whose cultural practices are arrested by aggressive mining activities on their sacred skin/land.