Miri Segal
BRB ("be right back") 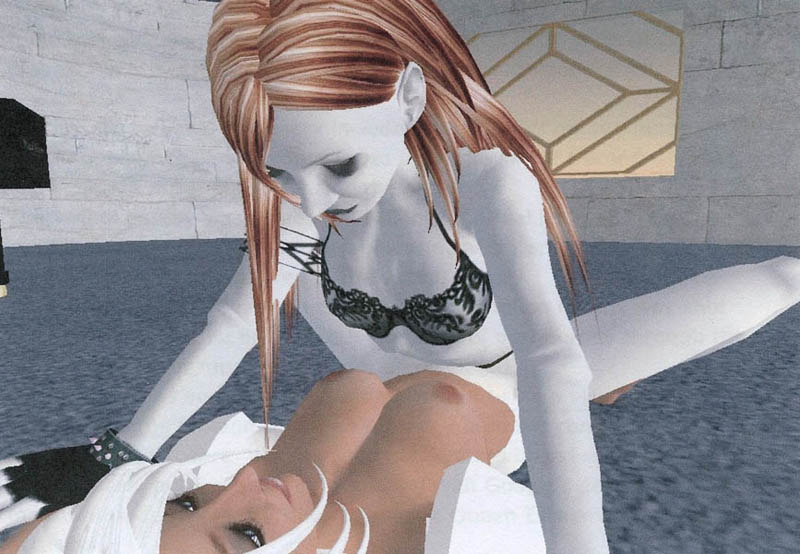 The work BRB is a 30 min. journey in the new game world of Second Life (“SL”). Consistent with Segal’s work with the projected image, this video was shot using a virtual in-world camera, with the footage later being transformed by a software custom designed by the artist. The video explores the idea of masks we wear in SL and real life (“RL”), and the differences in communication within those two worlds. When somebody “speaks,” his or her avatar is seen typing, a mechanical ticking sound is heard, and words appear as text on the screen, strengthening the feeling that the conversation is taking place inside of our head. The video creates a new relation to the body and a new form of intimacy. We seem to engage this new form by chance, using the game’s search engine Segal’s avatar sometimes appears with a Google search page as a mask, perhaps as a salute to another icon of cyber culture. With BRB, roaming in SL is like wandering inside our collective sub-conscious.

Miri Segal’s work relates to questions concerning the nature of life, the role of images, and the relationship between the two, whilst systematically exposing the nuances of perception. Her work generally focuses on the video medium, though Segal claims not to be a video artist, rather as a scholar of phenomena, from the laws of math to those of awareness and consciousness. Her video installations incorporate playful tricks, diversions, or deceptions. Such is the case with Closed Circuit (2000), a work depicting a dancing woman hugging herself. Looking closer, images of the woman are shot from front and back and then projected from opposite sides of the room onto a sheet of glass, so that her two sides overlap, back turning into front, front turning into back. The effect is that the woman’s arms appear as if they encircle her own body. Another work, a more technically elaborate musing on illusion, Foreshadowing (2001), uses complex modeling software to create and operate a synthetic image of a spinning roulette wheel. Screened high above viewers’ heads, the wheel is intermittently overlaid by a seemingly random number, flashed so briefly as to be nearly subliminal, which none the less always reliably ‘predicts’ the winner. With each round the ostensibly chance-determined outcome of the game invariably fulfills the expectations of the tipped-off viewer.

Miri Segal was born in Haifa, Israel, in 1965 and currently lives and works in Tel Aviv.