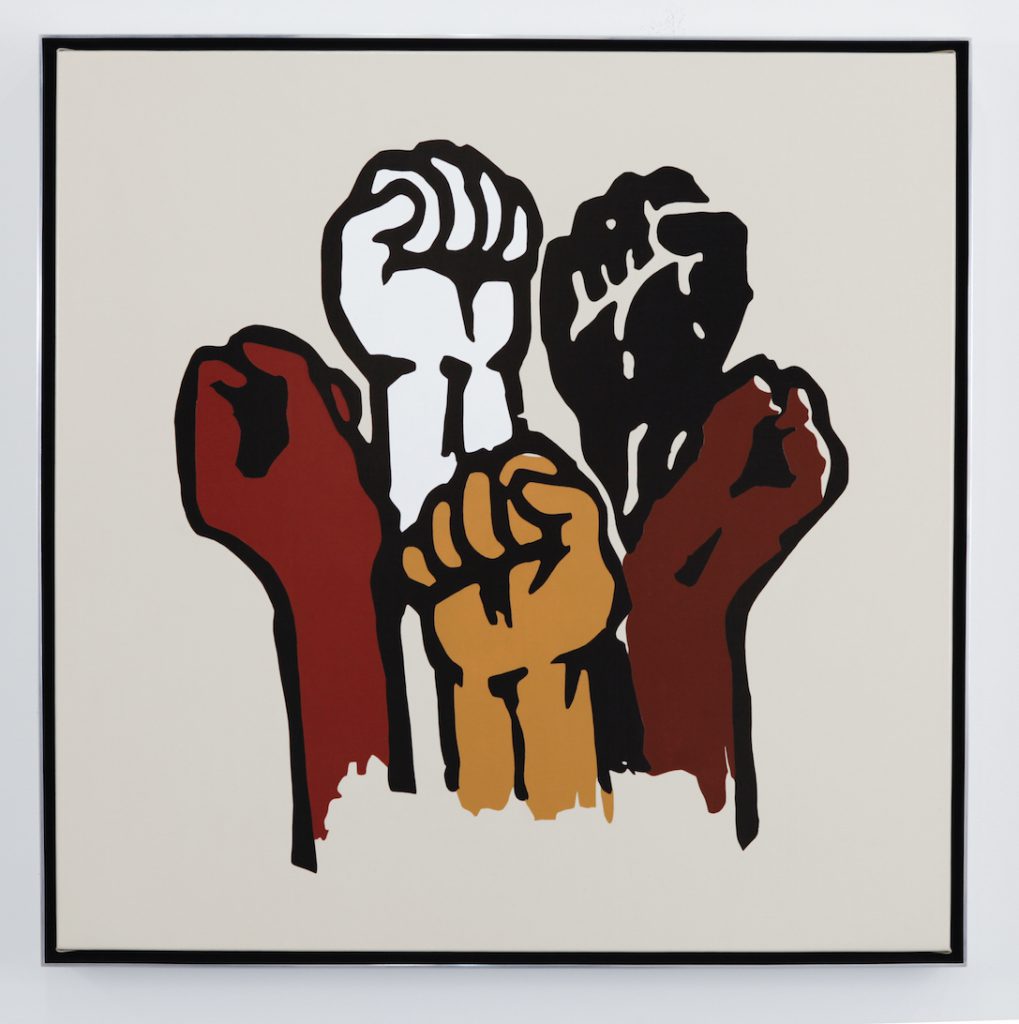 Bread and Roses takes its name from a phrase famously used on picket signs and immortalized by the poet James Oppenheim in 1911. “Bread for all, and Roses, too’—a slogan of the women in the West,” is Oppenheim’s opening line, alluding to the workers’ goal for wages and conditions that would allow them to do more than simply survive. Thomas’ painting includes several black, white, brown, yellow, and red raised fists—clenched and high in the air in the internationally recognized symbol of solidarity, resistance, and unity.

Employing the visual language and terminology of mass media, and appropriating symbols and images from popular culture, Hank Willis Thomas’ work seeks to question and subvert established definitions and positions with regards to personal identity and the narrative of race. Working across installation, photography, video, and media work, Thomas maintains his photo conceptualist roots, primarily taking source material from found photographs and archives. These images form the basis from which the artist seeks to uncover the fallacies that history claims as truth. His work illustrates how the way history is represented and consumed reinforces generalizations surrounding identity, gender, race and ethnicity, and that as an artist he has an opportunity to expose or to revise those histories from the points of view of the oppressed.
Biography
Hank Willis Thomas
Born 1976, USA
Related
Power Forward, San Francisco