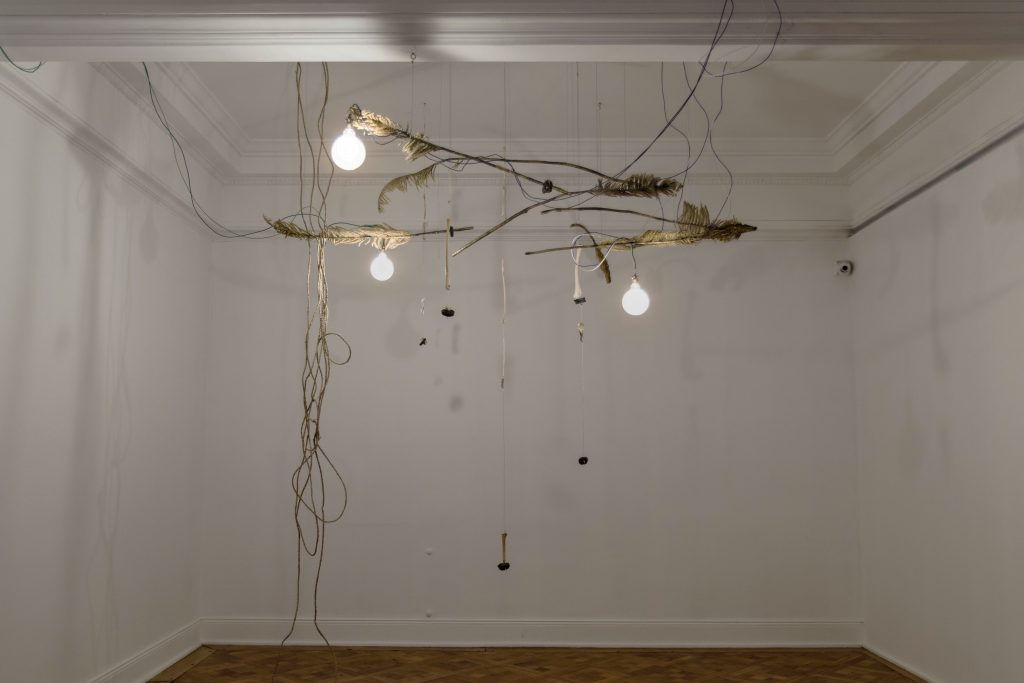 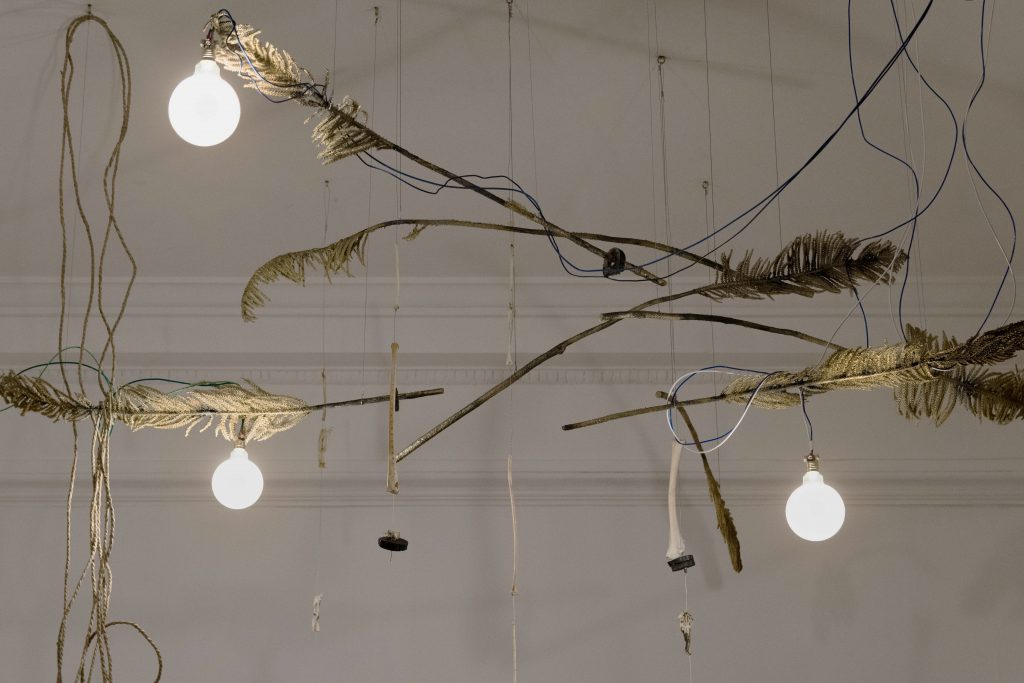 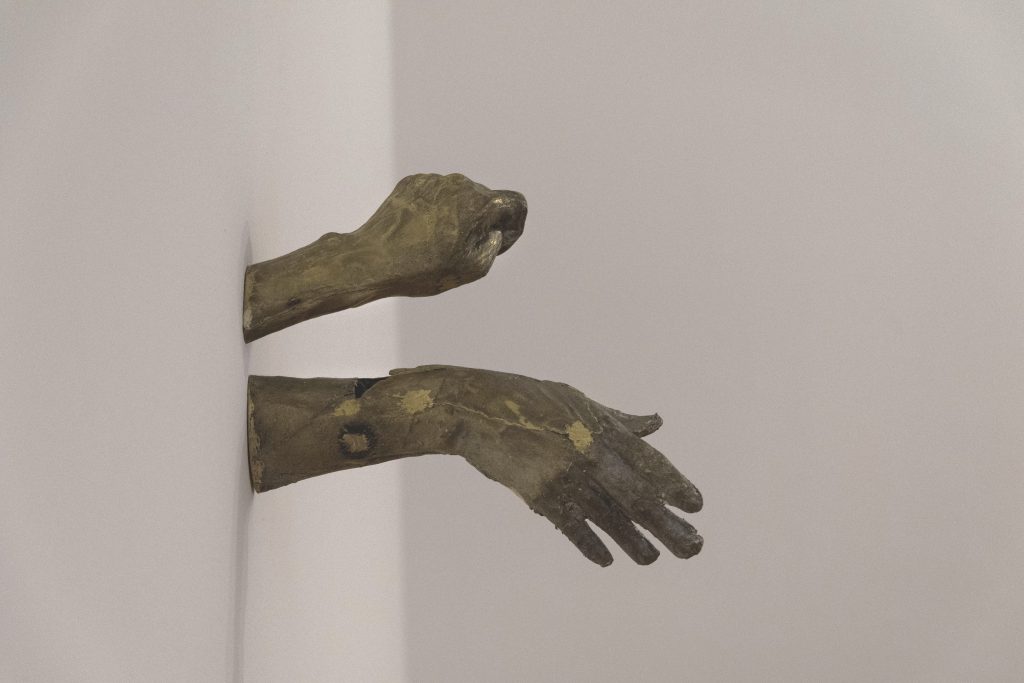 Canción para un fósil canoro (Song for a chanting fossil) departs from the history of the building that currently hosts the Museo de la Solidaridad Salvador Allende (MSSA), Santiago, Chile. The artists associated the layers of its history with the vestiges of life and the processes of fossilization that have taken place in areas of the Atacama Desert, a territory that has been the stage for several episodes in Chile’s economic and political past.

The work operates as a metaphor for the strata of historical memory, condensing different materials and operations. The intrinsic appearance and characteristics of the elements with which the artists work connect to other ideas and stories that echo around them. Skeletal remains, minerals, and petrification evoke the successive changes undergone by the building from a family residence at the turn of the 20th century, to the Department of Humanistic Studies, a telephone surveillance center during the dictatorship of Augusto Pinochet, to a cultural institution today, whose archives document a crucial part of the political history of art in Latin America.

In Rometti Costales’ work, the use of lost-wax casting (also known as precision casting), stands as a reference to the process of fossilization, through which one material replaces another. The works in the exhibition refer to the displacement and decontextualization of objects, bodies, and materials. They represent the fragility of the human and the non-human, the consequences of colonization, and the inscription of endemic nature as cultural patrimony within nationalist discourses.

The sculptures conceived by Rometti Costales reflect the instrumentalization and decoding of history, and how interpretations and values modify over time. A gesture is recast, inspired by the hands of the anonymous Chuquicamata mummy (also known as “The Copper Man”). The branches of an araucaria tree and the remains of a desert bird evoke the domestic furniture of the past residence of MSSA. These interventions invite a discussion on the conservation and transmission of the narratives behind social and cultural history, and how spatial and temporal dimensions unfold in different geographical locations.

Rometti Costales is Julia Rometti (1975 Nice, France) and Victor Costales (1974 Minsk, Belarus), who started their artistic collaboration in 2007.  In the past years, their research has led them to South America, and particularly Brazil and Ecuador where Costales has also lived. During these trips, they developed a form of attention to the environment, traditions and micro histories of theses places. Their work is a composition based on their personal reading of a situation and the understanding of philosophical and anthropological debates on the relation between nature and culture.
Biography
Rometti Costales
Born 1975
Lives in Mexico City
Details
Dimensions Variable
Installation made from bronze, electric cables, led bulbs, woven totora ropes, steel cable and rails, bird bones from the desert of Atacama
Related
Puebla, México: The Missing Circle, International
Medellín, Colombia: The Missing Circle, International
Santiago: Rometti Costales, Song for a chanting fossil, International