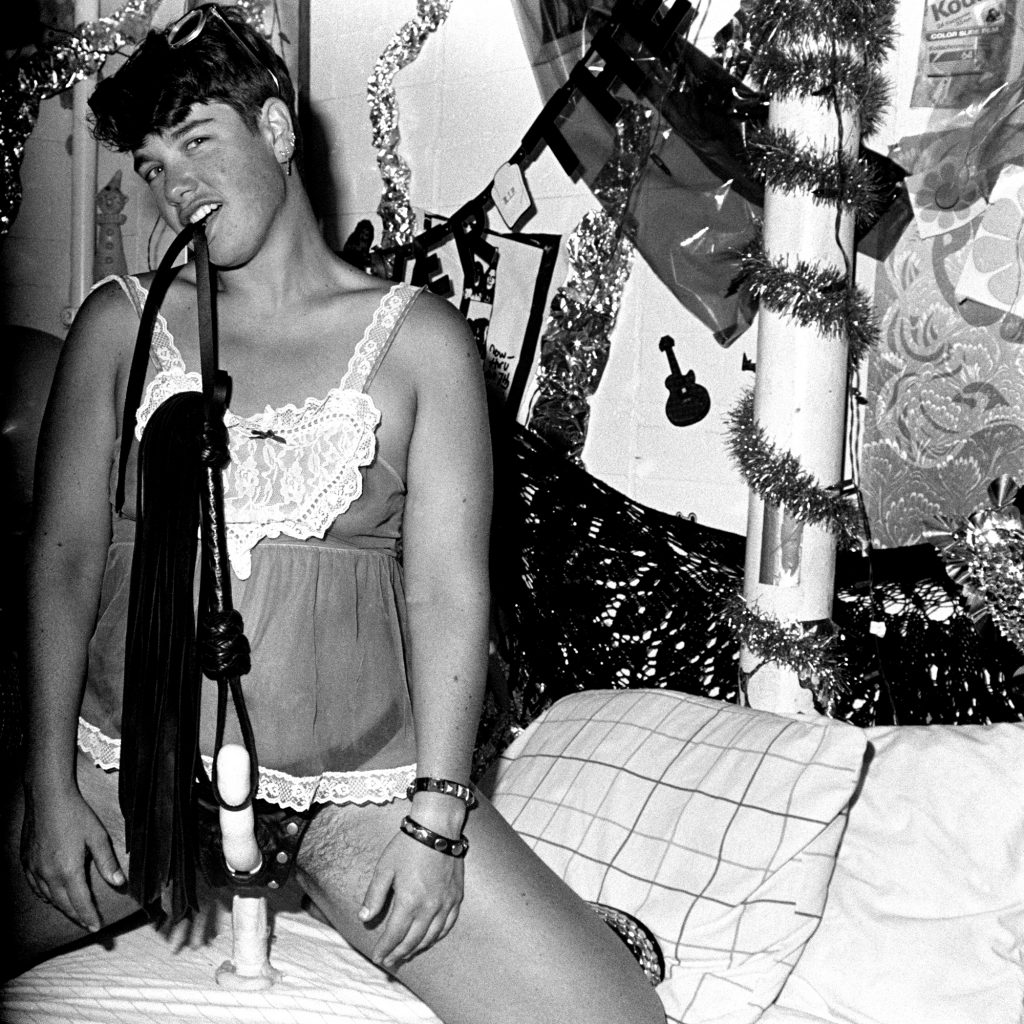 Catherine Opie’s candid photograph Cathy (bed Self-portrait) (1987) shows the artist atop a bed wearing a negligee and a dildo; the latter is attached to a whip that she holds in her teeth. Opie is known for her honest portraits of diverse individuals, from LGBT people to football players, and the self-portrait has also been a long-standing and important part of her practice. Instead of hiding her sexuality and interest in sadomasochism, Opie wears it proudly. Photographed at a time when artistic freedoms were generally under attack in America, Opie’s full-frontal reveal is a kind of revolutionary moment, signifying that expression cannot and will not be suppressed.