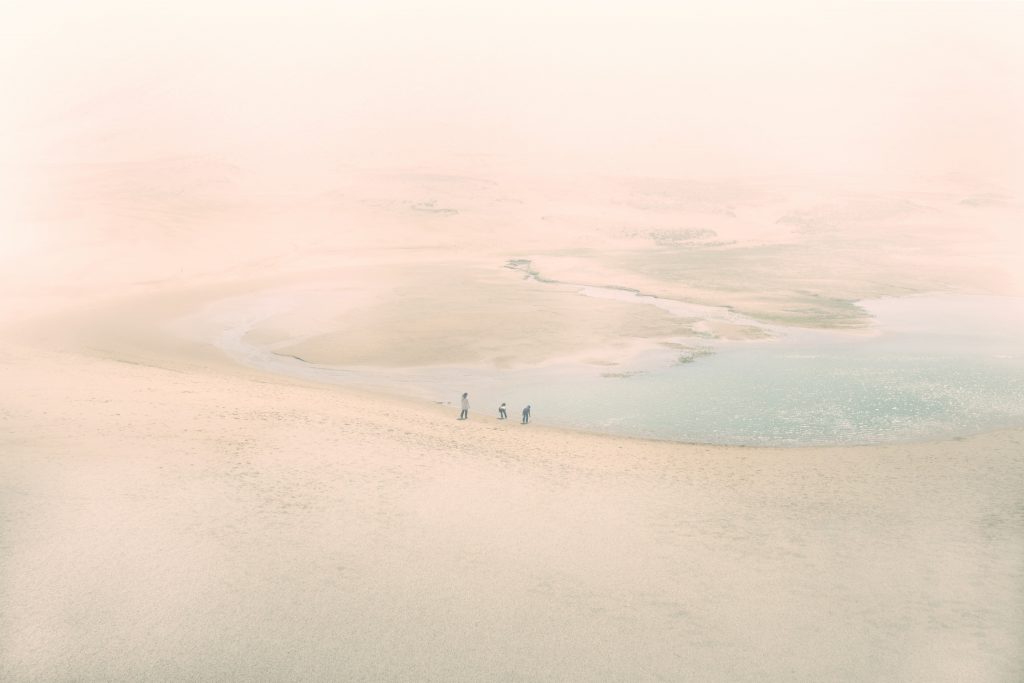 Expedition #46, from the series The Glacier Study Group

Changi, Singapore, possibly 1970s is from the series “As We Walked on Water” (2010-2012), which looks into Singapore’s history around the phenomenon of land reclamation. After exhausting the country’s own soil from its tiny hills and ridges, the government had to buy sand from Malaysia and Indonesia to continue its reclamation efforts. At the early stages of a land reclamation project, the imported sand would sit idle for some time, forming an artificial desert-like landscape. By fictionally representing these landscapes, Zhao’s image fluctuates between history and story making, echoing the equally undermined condition of the man-made nature of our landscapes as they gradually become part of the real environment.