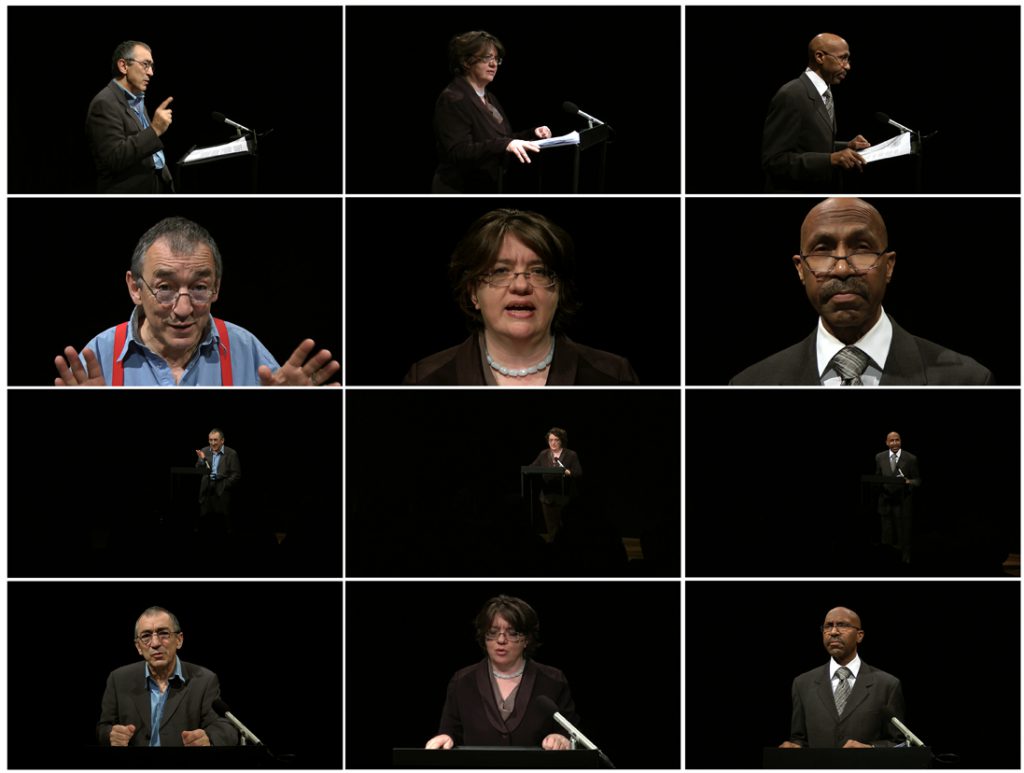 The work is a speech composed of excerpts from autobiographies of well-known political characters. From each book an excerpts that describes a childhood event and one that describes a political event or statement was selected. The former, in most cases, functions as an alibi or explanation of the latter. A professional speech writer brought the excerpts brought the excerpts together and three actors delivered the speech live for an audience. The autobiographies comprise historical figures such as Malcolm X, Hillary Clinton, Margaret Thatcher and Ariel Sharon.

The work of Nicoline van Harskamp addresses the function and power of the spoken word, and its ability to influence perception and shape thought, both of which are instrumental to politics. Using footage of conversations, speeches and debates, she writes the scripts for her video and performance pieces. Nicoline van Harskamp was born in 1974. She lives and works in Amsterdam.
Biography
Nicoline van Harskamp
Born 1975, Netherlands
Details
32 min 34
Video installation
Related
Enacting populism in its mediæscape, Paris