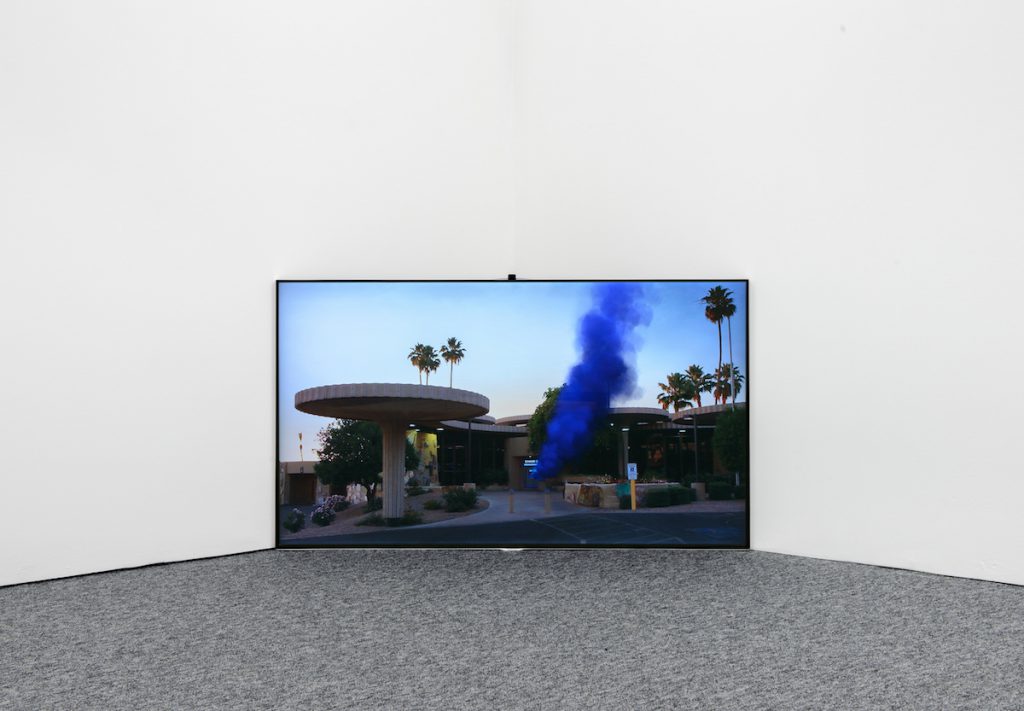 Chase ATM emitting blue smoke, Bank of America ATM emitting red smoke, TD Bank ATM emitting green smoke was shot in the American Southwest at Mid-century modern architectural structures that were built to house regional independent banks and have since been bought up by Chase, Bank of America, and TD Bank. The video utilizes transparency and opacity effects in multimedia software to question the perceptibility of finance. It offers a complex metaphor (toxic assets, emergency flares, house/mortgage on fire) about the financial sector and the effects of the ‘crisis’ that led to the disappearance (and the ghostly memory) of many local and regional banks.

After studying journalism and communications, where he discovered "fields of affective imagery, authentic falsification, and psychic property ownership," Wilson worked on a series of revealing documentary projects while employed at Google. His subsequent work, following an MFA at the School of the Art Institute of Chicago, is immersed in researching, critiquing and caricaturing features of corporate systems, often employing the same digital mechanisms and materials produced by these entities to parody their culture of malfeasance.
Biography
Andrew Norman Wilson
Born 1983, USA
Lives in Los Angeles
KADIST VIDEO LIBRARY
Login to watch video
Related