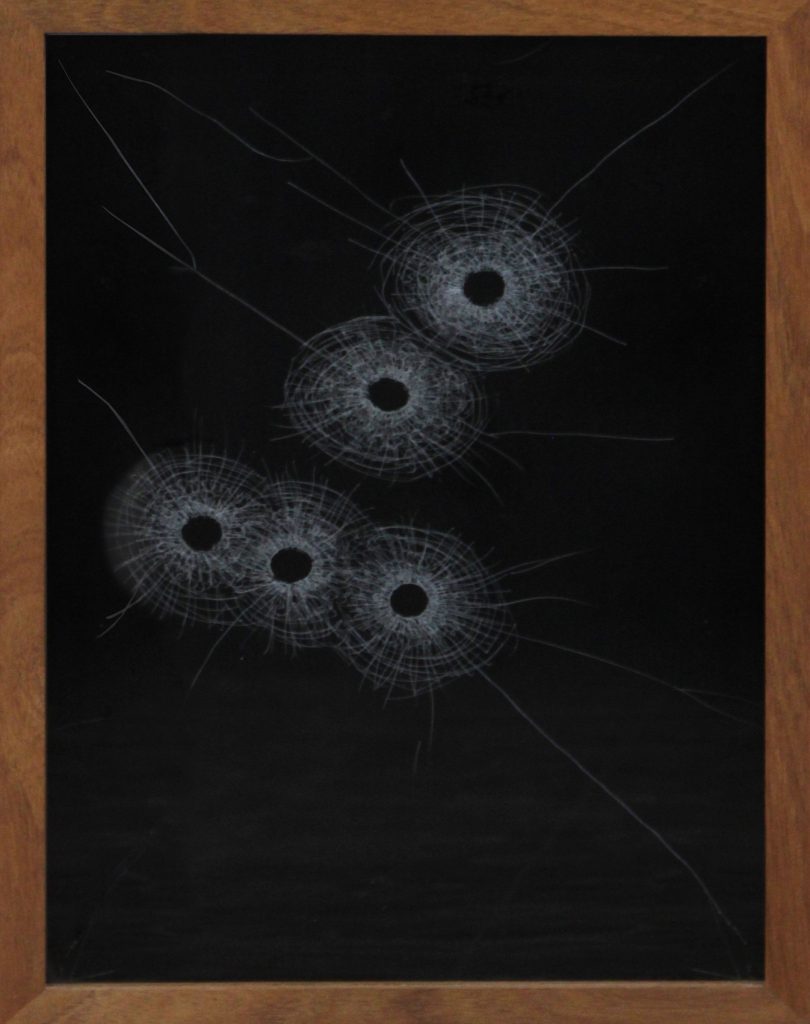 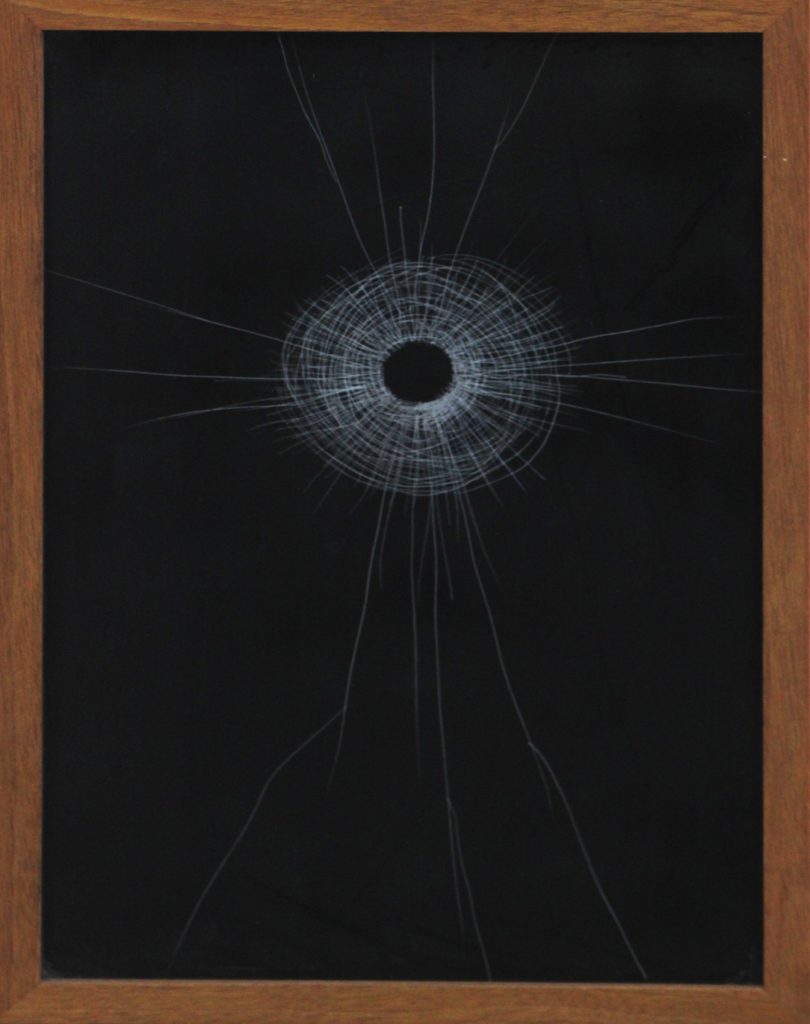 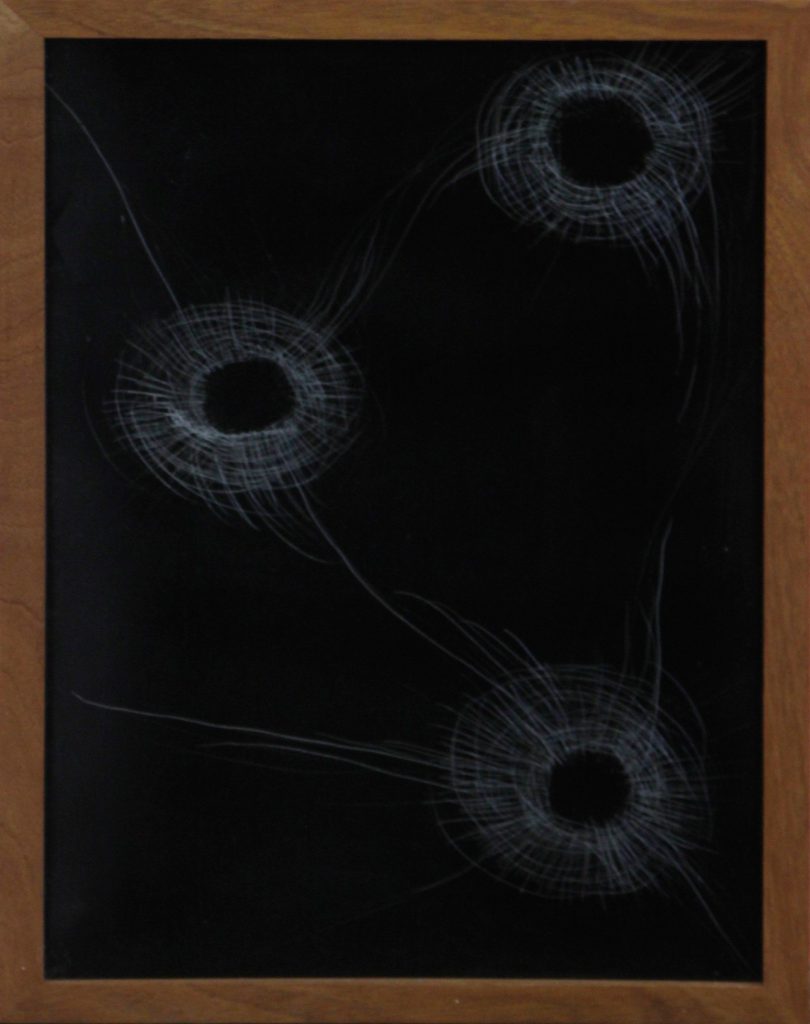 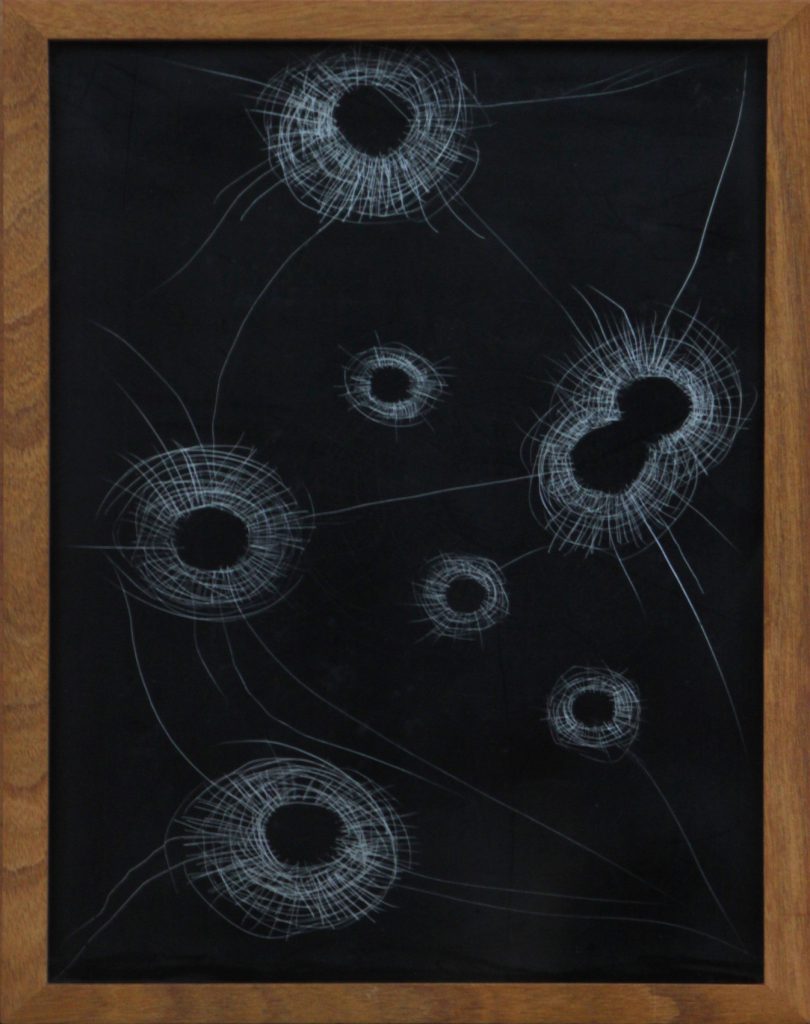 Jorge de León most well-known work was a radical gesture, and one of his earliest artworks: in his 2000 performance, The Circle, de León sewed his own mouth closed as a protest against the silencing of citizens in the face of social corruption. His Cristal series is more demure, but follows a similar theme. In these works, delicate, web-like lines emerge against dark backgrounds, creating orbs of negative space, pitch black. These images are alluring, almost serene, but the reality of them breaks that sense: each of these circular shatters trace out the lines of a bullet hole, shot through glass.

Jorge de León is a Guatemalan artist whose work and life represents an interesting evolution. Growing up amongst familial turmoil and violence in the country’s urban core, de León has lived as a bridge between two worlds—the art world, on the one hand, and the street culture of Guatemala City, on the other. While much has been said about the artist’s own checkered history (de León has been in and out of jail throughout his life), much of the art that he makes is positioned against the gang- and drug-fueled violence of his home city and country, rather than as a glorification of it.