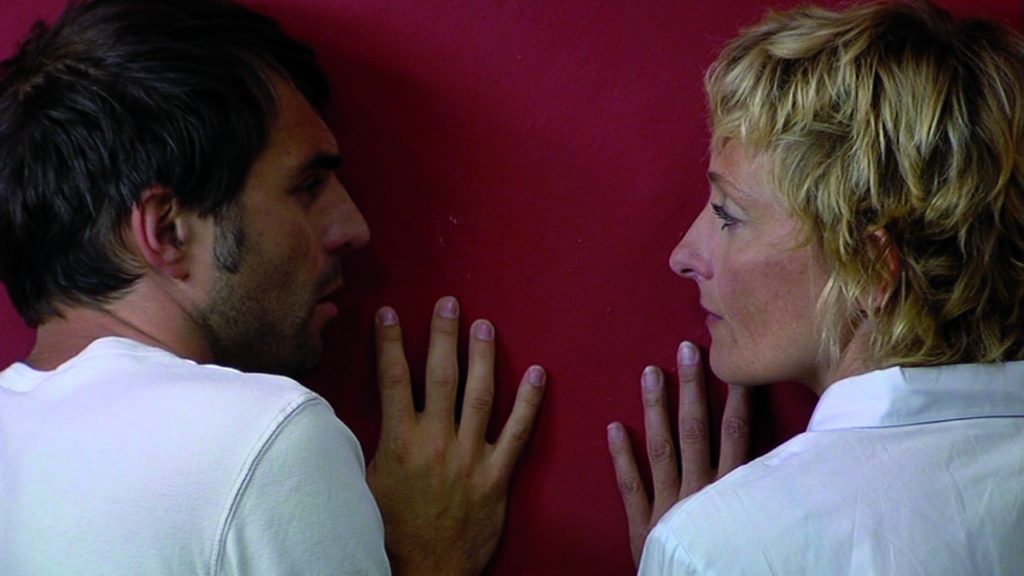 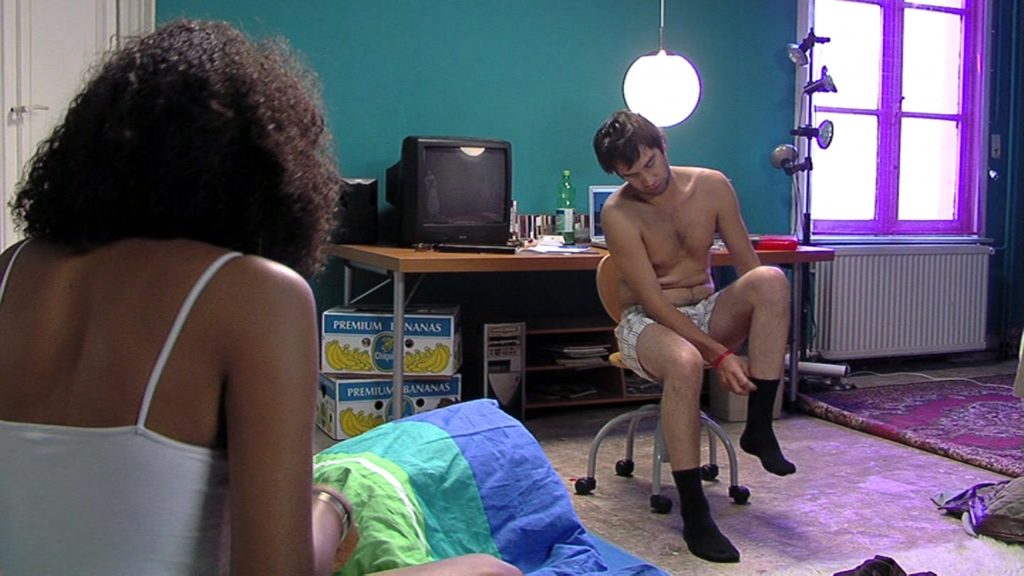 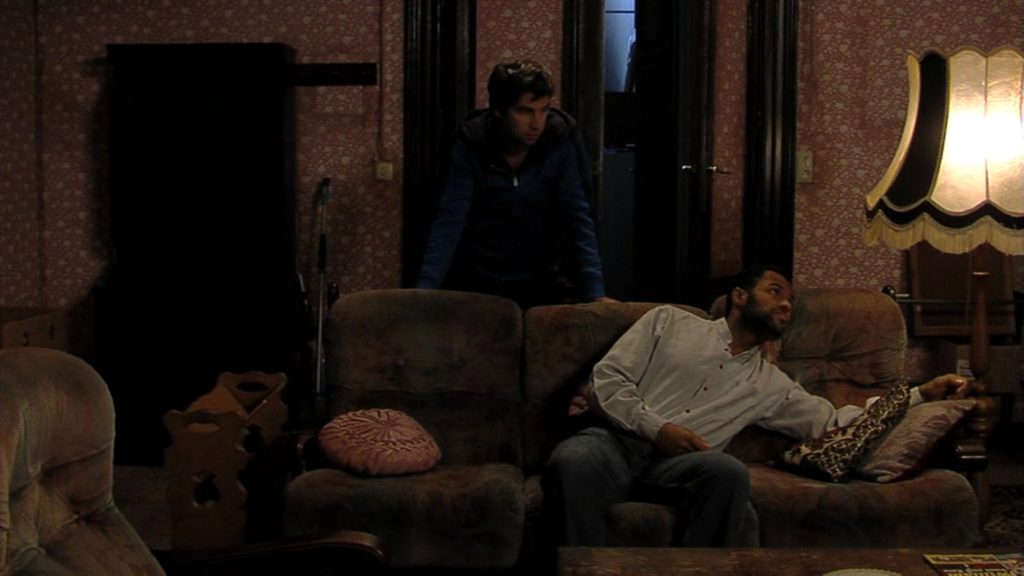 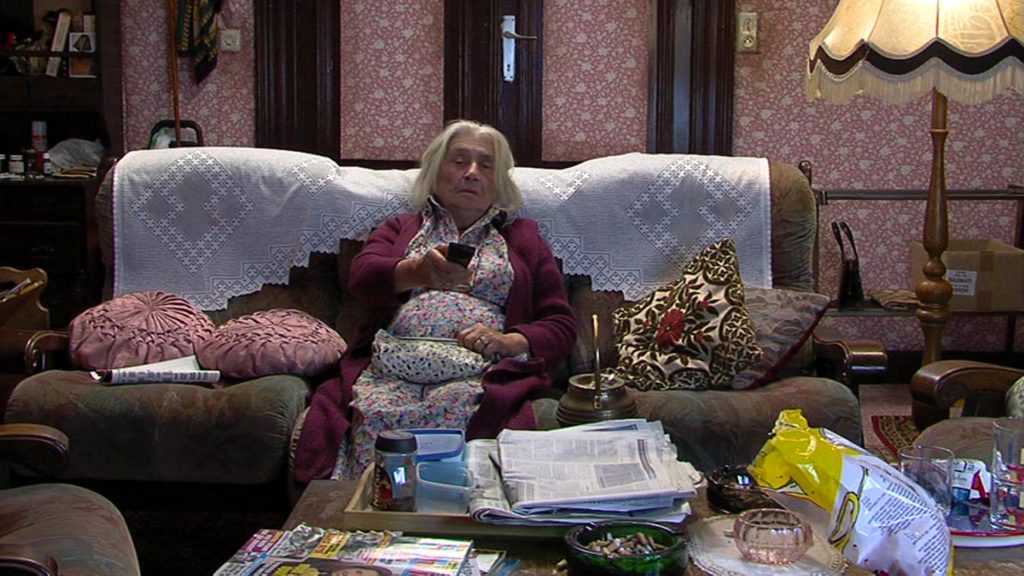 This work is based on a temporal loop in which the stories of several duets coexist and interfere with each other. The narrative articulates itself around four key moments or four neighboring apartments that the viewer discovers progressively: an air stewardess having an argument with her unemployed husband, and old lady telling old stories that no longer interest her caregiver, a black woman who is accused of stealing jewelry just when a newcomer, of Arab origin, moves into the apartment block. The narration itself is based on a void or non-event, however its dialogues refer to subjects such as terrorism or iimmigration. Even if the work remains deliberately vague in its global intention, the clash between personal stories and fictional characters of different origins and generations operates as metaphor of our contemporary society.

In his videos and installations, Omer Fast links and merges personal stories, collective history reality and fiction as well as experience and one's making of it. Fast is interested in different types of discourse carried out in contemporary political and social events. In the work CNN concatenated (2002), for instance, an American journalist's speech is modified to deliver a different meaning. Omer Fast was born in 1972 in Jerusalem, Israel. He lives and works in Berlin.
Biography
Omer Fast
Born 1972, Israel
Details
27min07
Video
Related
Omer Fast, Paris