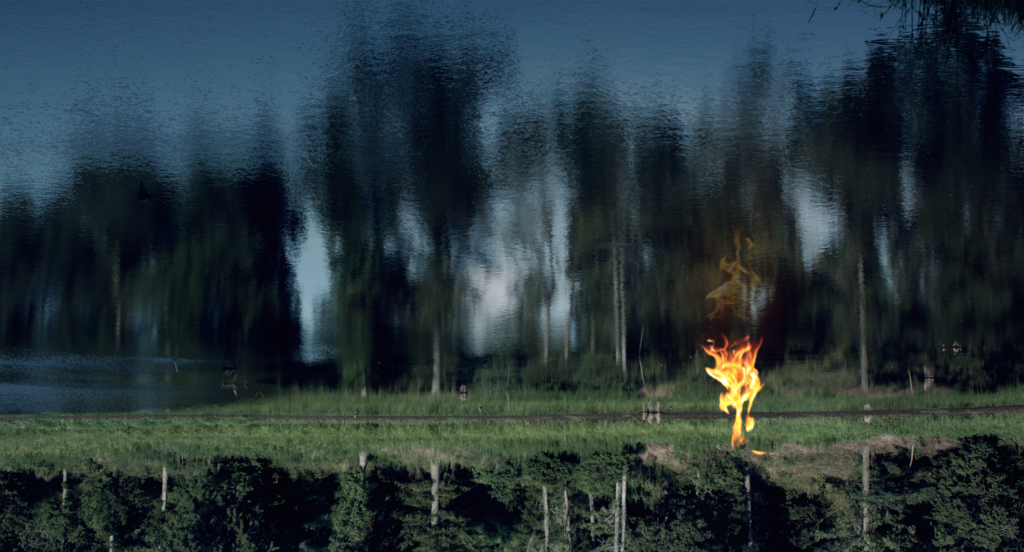 By testing the limits of identification with the camera’s point of view, Delphi Falls cycles through multiple subjectivities. The film misuses more traditional narrative conventions -the suggestion of a story, the anchoring of actors as characters- to have the viewer constantly questioning who or what they are, and where they are located in the film’s world. Delphi Falls was included in the 2017 Whitney Biennial film program.