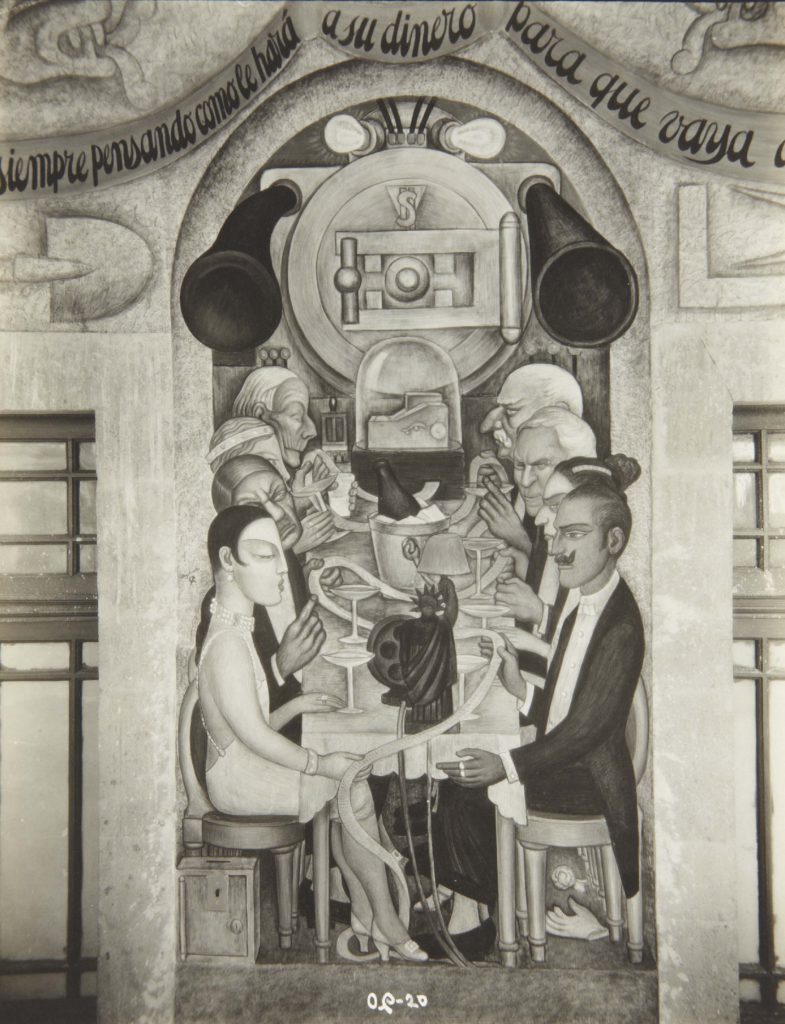 Modotti’s Diego Rivera Mural: Billionaires Club; Ministry of Education, Mexico D.F., Third Gallery is a photograph of a section of a mural by Diego Rivera in the Ministry of Education in Mexico City. Rivera painted over a hundred frescoes throughout the courtyard of the building, an early mural series that helped revive and popularize the art of mural painting. Modotti, a friend of Rivera’s, took hundreds of photographs of the frescoes which depict divisions of labor in Mexican society. This particular photograph focuses on Rivera’s rendering of a dinner of the elite, feasting and reading a stock ticker.