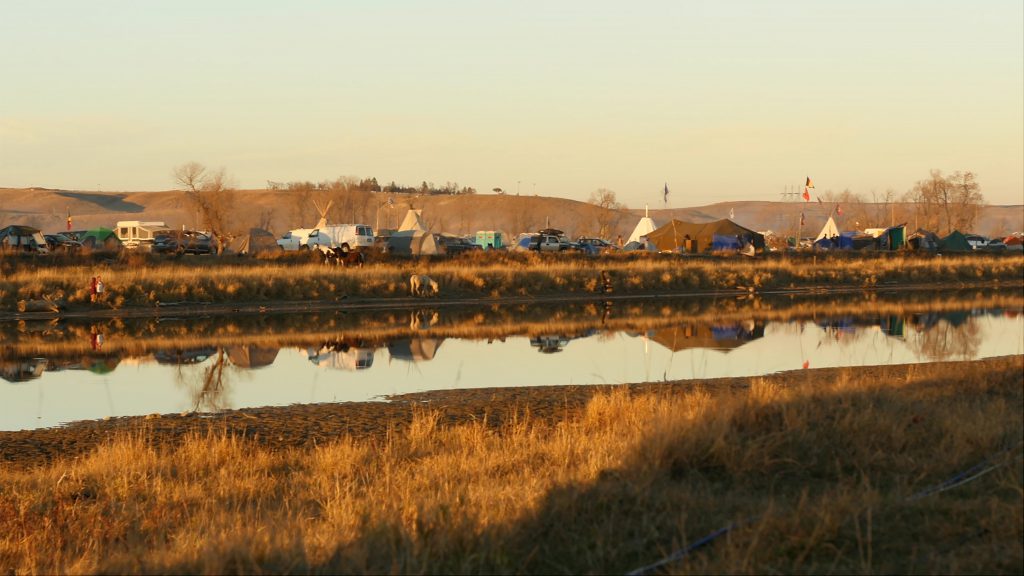 Dislocation Blues by Sky Hopinka is a portrait of the 2016 Standing Rock protests against the Dakota Access Pipeline in South Dakota. Working against grand narratives and myth-making, Hopinka attempts to provide a clear look towards the participants of the protest movement and the protectors of the water – their testimonies, reflections and histories. Cleo Keahna tells about the everyday life of the camp and its difficulties; Terry Running Wild shares his dreams for the future. Dislocation Blues is a unique perspective on a protest that garnered much attention from the media, raising questions about social justice, environmentalism and the connection between humanity and nature in a manner that refuses to succumb to pathos and exceeds in maintaining a low-key clarity.

The video acknowledges the difficulty in framing a movement that continues to signify many things to many people, not to mention a national story unfolding against a backdrop of extraordinary partisan politics in the United States. Open-ended questions of gender, collaboration, and the media take the place of graphic violence against Indigenous People or explicit environmental concerns. The artist seems to suggest that in our presently fractured social, political, and geographical landscape, the personal is more political than ever. “I hope that by displaying depth beyond the spectacle of  an audience that isn’t from or of these communities will recognize a place for empathy beyond horror and pity.”

Sky Hopinka work centers around personal positions of homeland and landscape, designs of language and facets of culture contained within, and the play between the accessibility of the known and the unknowable.
Biography
Sky Hopinka
Born 1984, United States
Lives in Cambridge, MA
Details
16:57 minutes
Single-channel video, color, sound
Related