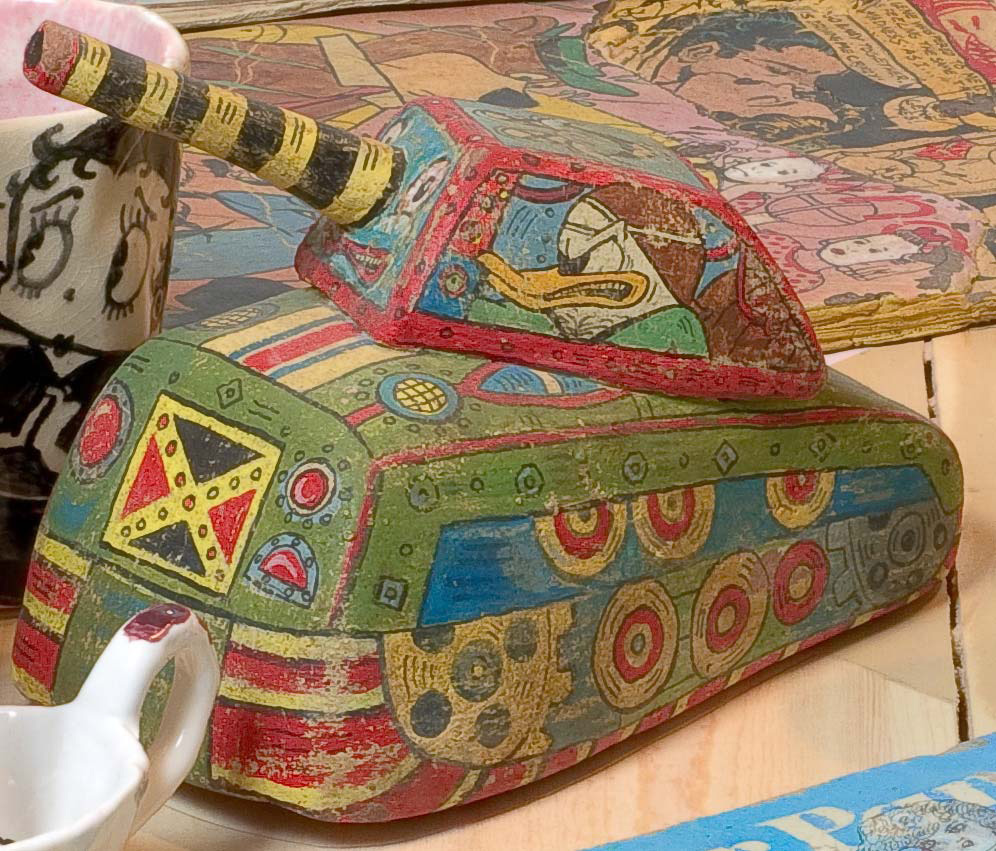 Donald of Doom Tank (2008) is a replica of a vintage metal toy with Donald Duck’s image one side and a soldier on the other. During World War II, the Walt Disney Company produced series of cartoon shorts that featured Donald Duck’s nightmare of working in an inhumane artillery factory in Nazi Germany and serving in the U.S. Army. By animating and normalizing war and military life, these cartoons not only achieved widespread popularity, but functioned as government propaganda.

Kristen Morgin works with clay to create objects that resemble relics from past eras. Drawing on 1940s and 1950s American pop culture, her themes range from patriotic comic super heroes, childhood toys, cartoon books, to more intimate daily items, such as teaspoons or cups. Although they appear to be highly realistic in terms of scale, shape, and texture, these objects are layered with narrative implicit in their materiality. Seemingly meant to preserve and memorialize the past, these recreations of unfired clay are equally tenuous and fragile.